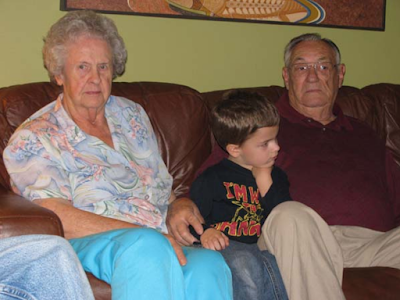 His teacher was so disappointed. She planned for it all year. The poor lady has had a difficult class anyhow. This not to happening field trip didn't help.
Posted by An Apel a Day at 4:28 PM

That's too bad the field trip didn't go as planned.

I can't imagine how hard it must be to watch your loved one slowly lose their mind. How scary it must has been when your grandma ran away. Sometimes, though, you make promises that have to be broken and it seems like putting her in a home was for the best.

It's hard to hold the attention of the students too, when there are only two people to work with. Don't you hate when someone else's mess-up affects so many people????? It sounds like they did the right thing with your grandma. Safety is paramount. Thank God for the person who found her when she left home!