Last week was a rough week!
My almost 13 year old was picked on at school. He was called the "N" word over and over again, and shoved around during a no touch football game. I was sad he was sad. When human's are picked on it's not just because of their skin. Sometimes it's for different reasons. I have a long list of artist friends and many of them have gotten picked on because they think differently. Don't they know that artists paint their bland world? It's also not "popular" to be nice. Isaak's both an artist and is nice.
My coworker told me to contact the Division Officer at the school about it. I sent an email, and got back an email from the Division Officer that same day, had not one, but two phone calls from the Principal and Vice Principal at the school to call and talk to me personally about the incident. They are opening up dialog about the issue to all the students, and the boys that caused him to cry are getting in trouble. I don't even want to know how. The boy that stood by Isaak the whole time is now Isaak's bestie. They talked on the phone for an hour last night. Isaak may of been pushed down, but he's being built up. He even put together a desk, for the most part all by himself. 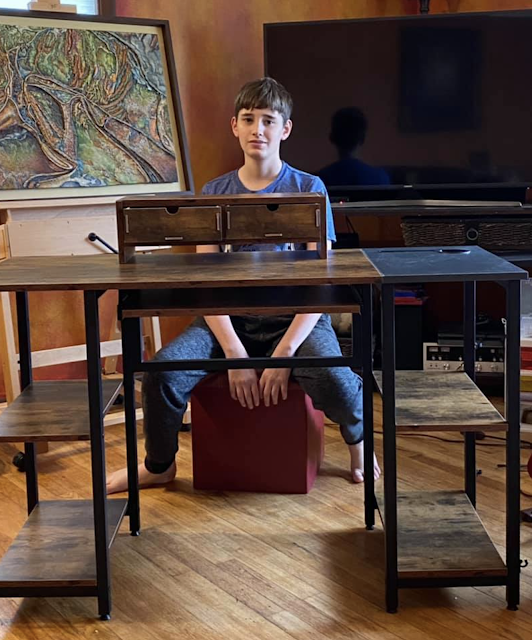 Then Mica is fully remote, and got this postcard in the mail. Things are starting to turn around. 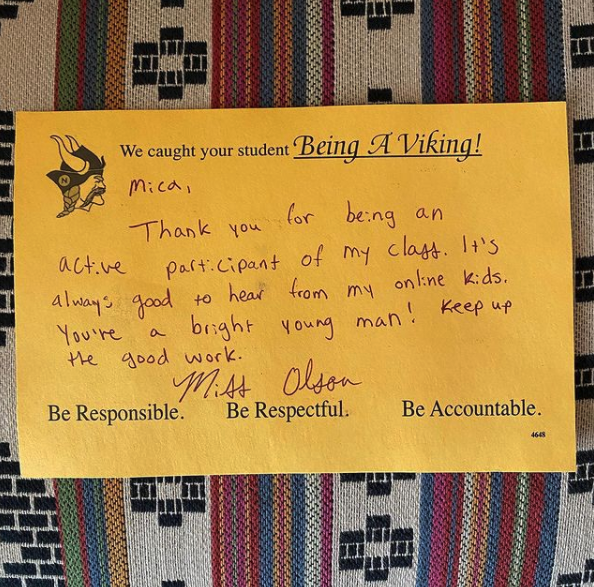 I have so much issue with that word. I taught the toughest and most hood rat kids in San Francisco (I taught in the school inside Juvenile Hall for 11 years) and I have one constant rule and that is never to use that word in my classroom. Even today in my classroom (again with the kids who are hanging in middle school by thread) my students know and respect that rule. They even know that I will turn off in music that they are playing that has that word.

I have been called that name in hate and it pains me to see that word used the way it is these days. I am so sorry that this happened to Isaak. The problem is that so many kids are growing up without standards and are being guided by lowest common denominator in our society.

I better get off my soapbox.

Sorry to hear this bullies are cowards and jealous of others achievements.

I am glad he came off better by the sounds of it and things were sorted, well done young man keep doing what you like doing 👍

Have an artistictastic week Alissa :-)

A ShutterBug Explores,
aka (A Creative Harbor)

So sorry to hear this, A. My son was bullied in school too.

ugh, Kids are such jerks. It's great to have an upstander on his side tho. Those kids are the BEST!! Hopefully it settles down. I always think that's what our Government is trying to do to the LBGT kids at the moment - what kind of ADULTS do that to children??? And where up the upstanders for them? Shame on us!!!