I Hope You Had a Good 4th of July!

This was the first year in a long time where firecrackers were legal where I'm from. People bought them in other states and shot them off anyway. This year there were local stands at many of the grocery and hardware stores. People went crazy and bought a lot.

We bought some. Our backyard neighbors always buy a lot! I'd hate to see their bill!

The boy's stayed up late! Isaak still refused to take a nap yesterday! This makes him act punk like! 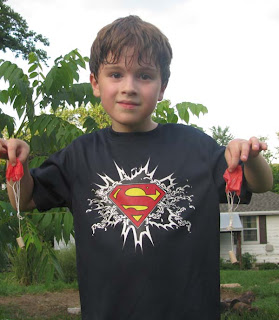 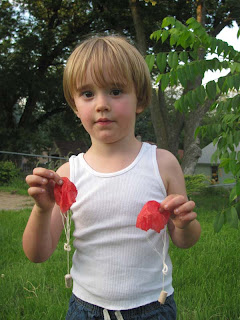 The boy's were really excited to find the parachutes! Mica demonstrated to our next door neighbor's what a firecracker is like when it's lit. He was jumping all around in a circle like motion making all kinds of noises! They were laughing. I should have video taped him. 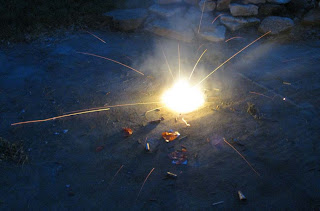 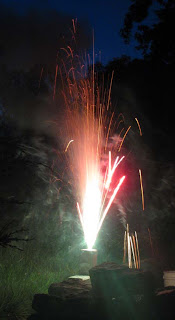 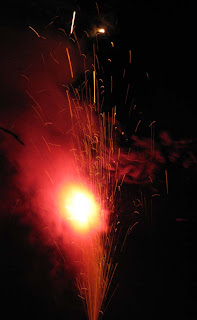 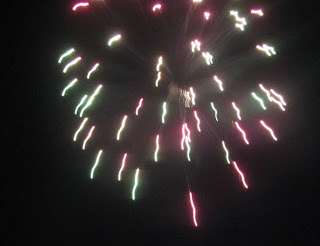 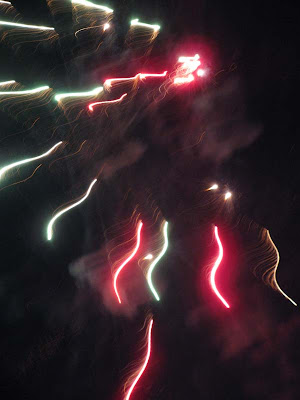 Boys will be boys! Sounds like you have a lot of fun around your place!

Those are some great shots. Sounds like they had a blast.