Since Isaak's been acting like a punk lately unable to take a nap during the day, we decided to take him out during nap time yesterday to get some tattoo's. Don't worry, he only cried for the first two hours. After that he passed out with exhaustion. 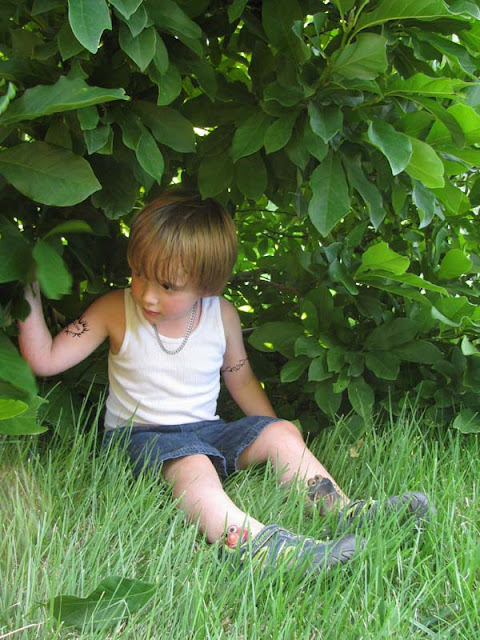 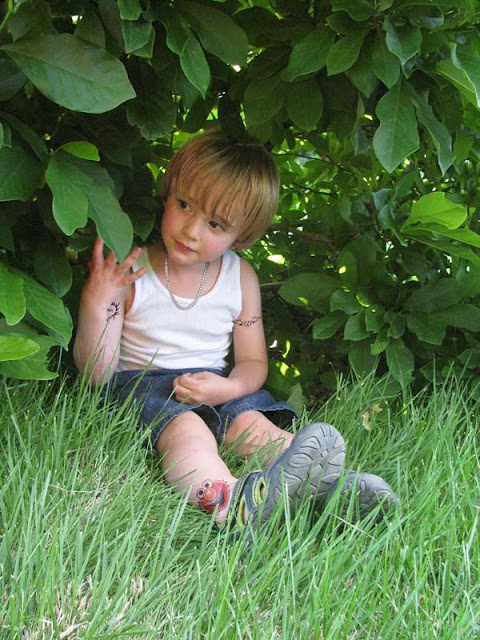 That is too funny! I'm ashamed to admit that he would fit in well with my dad recently-my dad thinks its funny to put those fake tattoos on(usually a skull or something). Gotta love him...

I like that he's sporting bada** tats on top while Elmo and Cookie are on his ankles! I too have tats and I think I'm pretty nice. Most of the time. Well, if I'm not too hormonal (peri-meni) but usually I just tear up more. Haha?

I just added your new button! I forgot that you changed it. Sorry!

This has to be the cutest post! Where did you get the tattoos put on at? My girls love tattoos. Their daddy has a bunch. I would love to find out how to do this for them!