Yesterday We Ripped Up Flooring

Instead of going to a fun parade, or have a picnic in a park we for the most part worked all afternoon and night ripped up flooring.

In the morning we went to a one hour family fitness class at the Y. It was the last one. :( They have the same schedule as schools in the area.

Then we went to Kohl's to get jeans for Daddy and sandals for the boys. I only found sandals for Isaak. In the two styles I saw they were out of 3's for Mica. They had 3's in other sandals, but they had no support in those.

Then it was time to get the base board and crown molding off the kitchen walls. Daddy got it off the walls. I pounded the nails out.

Then we started ripping the floor up.

It had two layers of flooring; one on top of the other. 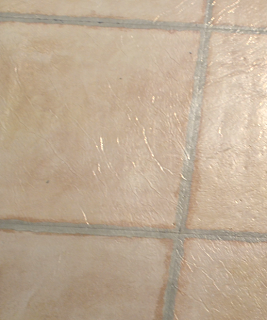 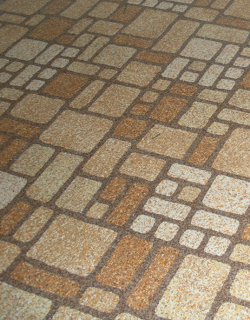 90s and 70s flooring was ripped up. In some spots the 70s floor was missing. It totally explained why the 90s flooring cracked in certain areas. It was sort of like peeling one wallpaper off another; only we could peel them up at the same time.

Then there was a white fuzzy paper stuff. I have no clue what that was called. That's about where we ended up.

Luckily Daddy has gotten the ok to put things in a dumpster by his work. It just so happened that it started thundering right as he was leaving. While he was gone I heard it start to pour. I was hoping he wasn't getting rained on. He came back dry. He just missed the rain.

I could see that there is another floor under the white fuzzy stuff. It's a 50s deco floor, which is so much better than the other two previous ripped up floors. I only have a tiny section of that floor revealed. 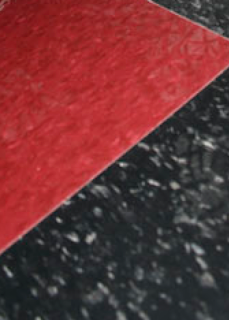 The flooring we picked out looks somewhat like this:

I love home renovation. It's always fun discovering what lays below the surface! That 70's flooring- ouch! That is really ugly! lol. I love the new tiles you selected!