In Rapid City we went to see the Crazy Horse Monument. 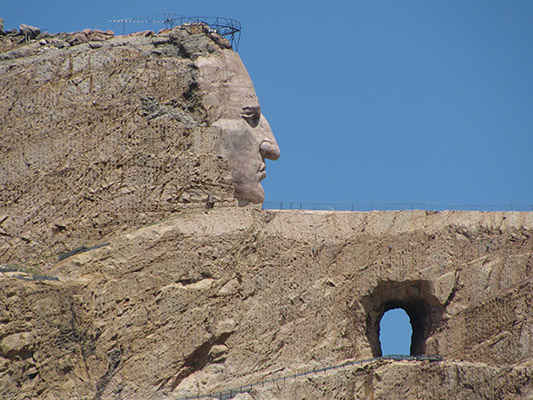 Right away Daddy got very frustrated with me because I couldn't see the horse. All I saw was an ugly cartoon character that he couldn't see. It looked something like this: 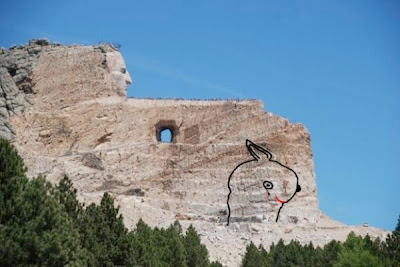 We went inside and watched the film. I was fascinated by the determination of one single family. The sculptor started carving Crazy Horse on June 3, 1948! Many ask why it's not done yet? Well the sculptor refused to hand over the project to the government. He was afraid they wouldn't honor, and make sure it got done the way it should. To be honest I don't blame him for thinking this way. It's of a Native American, not of our president's faces. The sculptor had six kids. All have had a part in the carving. The sculptor passed away. Before he died he told his kids that if they chose to work on it, never to let it go. Otherwise he didn't want them working on it at all. They have kept it going. They take donations such as explosives to blast out the sculpture, and private money donations.

This was all very interesting. We got done seeing the film.

It was then that I realized my camera wasn't in my purse! PANIC! Daddy walked back into the theater, no camera, and I filled a report. I asked Daddy to kindly check where I took pictures of Crazy Horse and the car!

Well there are good people in this world. Way more good than bad. My camera holder was tied to the car door. Someone must have really taken in who we were and what car we came out of when I shot pictures that day!

Back inside we went through their museum. They have a lot of homemade Native American things you can buy. One lady tried to get us to buy a talking stick. Whomever is holding it is the one who's turn it is to talk. I love the idea, but that talking stick would turn into a fighting stick in our house. They had jewelery and homemade dolls to. 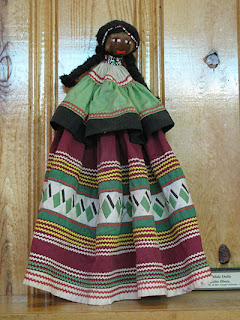 Of course things were shown that were not for sale as well. 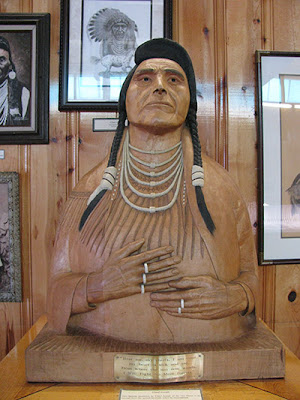 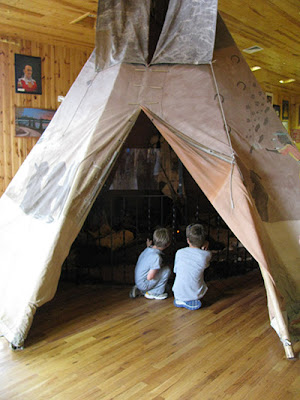 This is when I could finally see the horse. Do you see it? It's pretty easy to see when the white full study horse is in front of it. 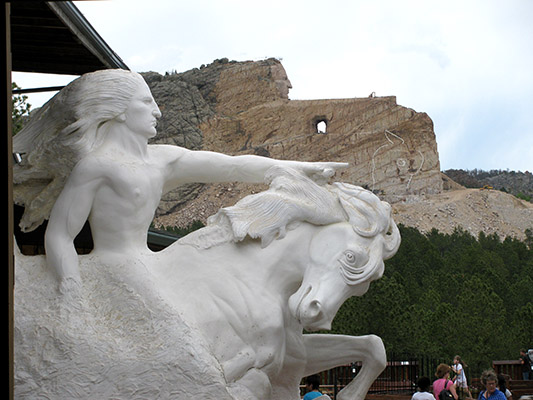 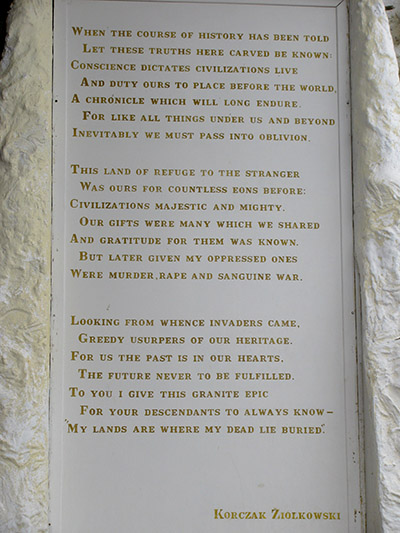 Just to see the scale. 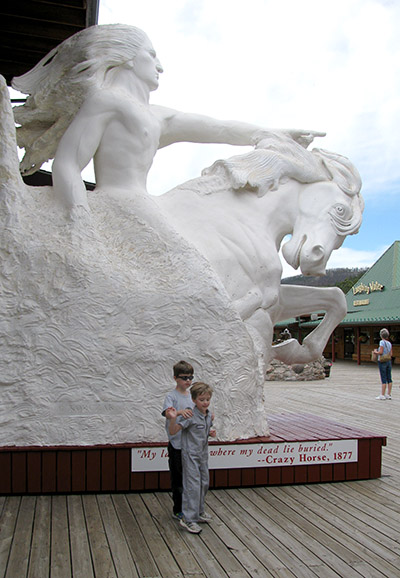 Oh my gosh.... you are lucky to have had some kind soul turn in those train tickets.

That is some carving. Or what ever Crazy Horse is.

So neat! Looks like you had a great time!! I know South Dakota is on my bucket list :)

I've never heard of crazy horse, but I am going to have to ask Chris if he ever saw it. He lived in South Dakota for a while and I know he went to Mt. Rushmore a couple of times when he lived in the area.

That's amazing that he put so much love into carving the statue and the kids took it up.

It's wonderful that your tickets and camera were turned in as well. I agree with you, there are more good than not-so-good people in the world and hurrah for it!

I was also captivated by the story behind it when we were there.

that is all so neat...
first of all, thanks for sharing this, as i really have heard of it.. but didnt know what it was...
second... SO GLAD that you found your camera (and the train tickets too) i would totally lose it...

Neat! I love that tee pee too!

You are very lucky to have someone turn those tickets in. Just reaffirms that there are good people out there!

I wonder how long that carving took?