One of our first stops in South Dakota was a Mammoth Site in Hot Springs. 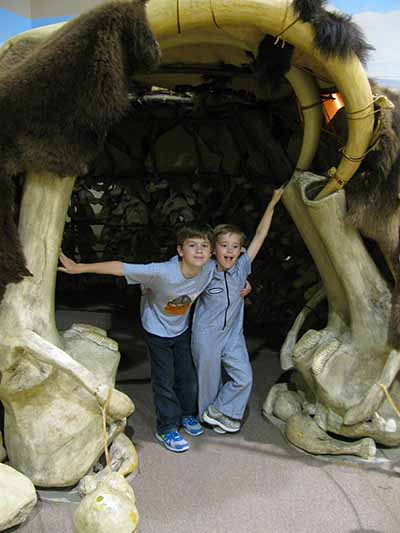 Daddy is super into dinosaurs. He actually helped to dig up plesiosaur in Ashfall, Nebraska once. I thought for sure one of our boys would be into them to. They both played with them, but they were never a favorite.

The Mammoth Site is pretty cool. I think it's amazing that it's so big. Pretty much everyone that works there is a volunteer.

Mica and Isaak were both picked to be volunteers to hold up mammoth bones. 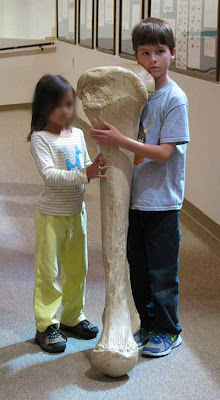 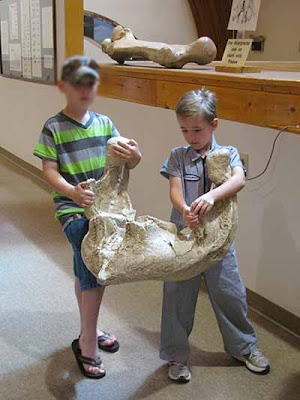 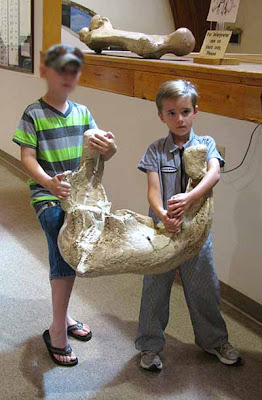 Here's the dig site. I'm not sure the boys understood what they were looking at. I thought it was pretty cool! Mica and Isaak seemed more interested in their old school phones that we could hear our tour guide on. 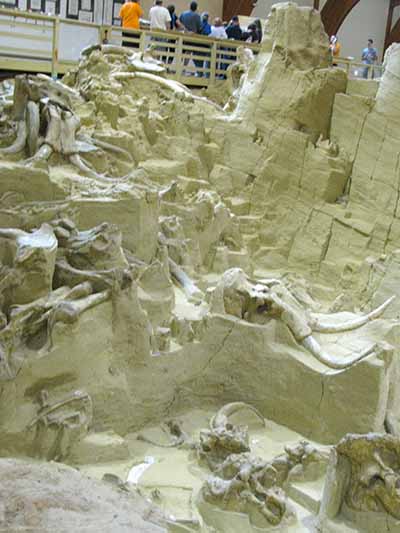 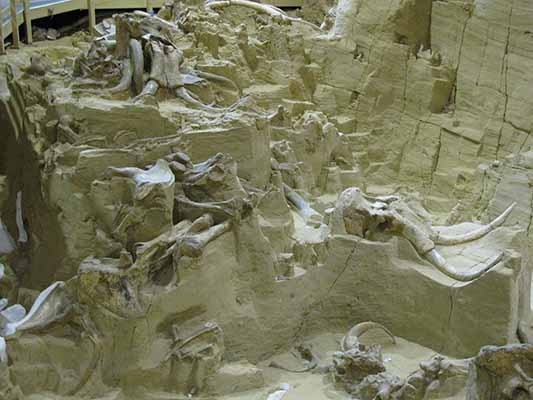 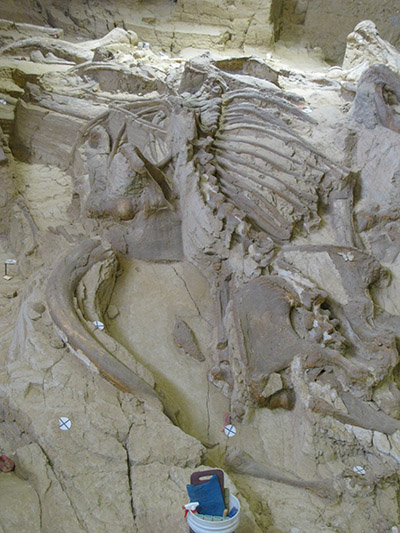 They had other rooms to view some cool things. 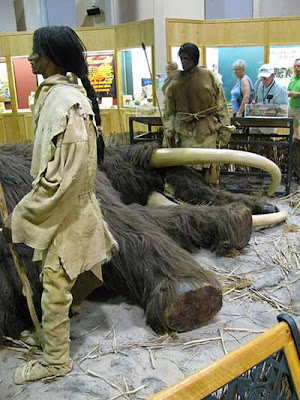 Have you ever been to a dinosaur dig site. 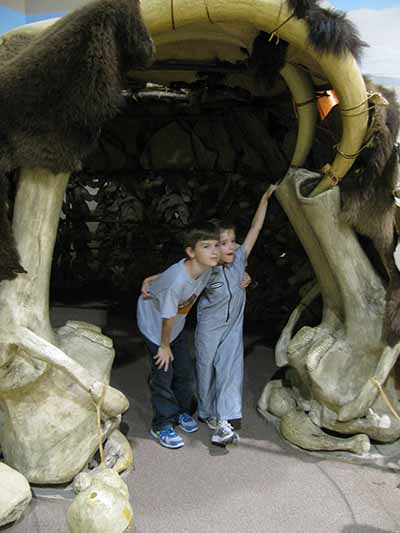 I would LOVE to visit this place! P.S. I found you on Twitter and I'm now following!

How awesome that your husband helped with a dig! Not many people can say that, I'm sure. :)

This does look like an interesting place to visit. The pics are fun too.

Dang! You went to so many cool places on your vacation! My boys would have been in heaven in all the places you went.

that is SO COOL...
and how cool is travis for getting to do that before?

Wow! That looks like a cool spot to visit. Allison was just looking at the pics saying "Can We Go?" lol