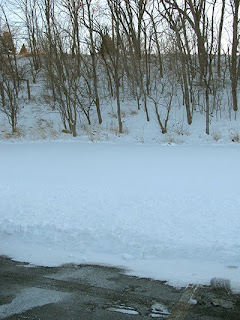 We had an issue with an apartment of girls to. They worked thing out on their own. One girl moved out, another one moved in, and they all still talk. Am I saying that girls are not moody? No. I'm just saying that it totally depends on the person, not their sex.

Last week I was upset about something. My husband said, "Get over it!" I was a little put off by his reply, but I did just that. I got over it. The next day he was upset with something that was not in his control. I said, "Get over it." He said, "You sound just like your Mother." Funny...I thought I sounds just like him. He lost sleep over this issue that was not in his control. It's just another example of how boys can be moody.

Why is there a misconception that girls/women are more moody than boys/men?


What are your thoughts on this?

She brings up some good points!

I think the whole thing about the Coke commercial is a tempest in a teapot brought on by fear. We fear that which we don't understand, and what makes us afraid makes us angry and hate-filled.

Let's face it, unless you are Native American you are an immigrant or the descendant of immigrants; and even they simply got here first. Good post Alissa!

The coke commercial? I do have a very strong opinion about it. I thought it was very anti-American and I hated it. Everyone is entitled to their own opinion, right? That is what makes this country great.

Somethings out of whack with a guy that cries. He needs to get help.

I don't think being moody is gender related. My wife almost never gets that way, but it's a frequent state of mind for me. Usually if something is bothering me I tend to fixate on it. I wish I could just "get over it." That would be a good personality trait.

I didn't see the Coke commercial. Seems odd anyone would get high and right over a soft drink add. But if somebody was pushing an agenda, I guess it could happen.

I went back and watched the add. Coke must be out of it's mind. Somebody needs to lose their job over that one.

what a week...I just watched the coke ad and frankly I like it..I don't know the ambience down there but the ideas put forwarded in the ad is interesting..

We are a nation made up of people from many different countries/languages who have embraced America wanting to be citizens. I see nothing wrong with singing "America the Beautiful" being sung in English and other languages.

Reading a couple of these comments made me sad. How on earth is that commercial anti-American?? It actually represents everything that this county is supposed to be about!

Oh, and I am glad that you finally got some snow :)

I would have happily sent you some of our snow :)

I always cringe when I hear people say 'he could have just stopped,' using (whatever addiction they are talking about). So many people try and fall right back into it that I'm very, very sure it's not easy to break a bad-for-you habit, especially one that is chemical.

LOL- Harry's comments make me laugh!! in a good way ;)
the coke ad bothered me...
i get the point they were trying to make - but I just feel that AMERICA the Beautiful should have been sung in ENGLISH - Marc agreed on that one...

I have a nephew, half Hispanic, that I adore. He is a natural born citizen, speaks both languages, and it would offend me if he were judged on speaking Spanish, if he so chose to do so. What does piss me off is when people come here and brag about how great their country is. Well, what the hell are you doing here if it was so great there? Or, driving down the road and I see a car with a Mexico sticker on the back. Fine, but you are in the US, where is the American flag sticker too? Don't flaunt your country and not support the one you are in also, you know.

Sorry, didn't see the Coke commercial, but it is causing quite a stir, which I am sure was the marketing intention behind the whole thing.