I don't really know where to begin with blogging about our trip. It's going to take awhile. We went to 10 main places. Just like any book, I'll start with the beginning.

Daddy plans the trip. I pack.

Daddy had hotels booked, but he couldn't find confirmation to one. I said, "Look in your history on the internet." Somehow he found it. He didn't have everything planed out as to what we were doing, but I kept reassuring him that it was ok. Every place has brochures, and things to do.

I felt like I was pretty prepared with packing. I've learned to make sure there are a ton of snacks because food ranks up there for the boys. I had a mental list of all the things I wanted to bring.

When Isaak got some birthday money in May I made sure he used it to get some things he could use partly on our trip. 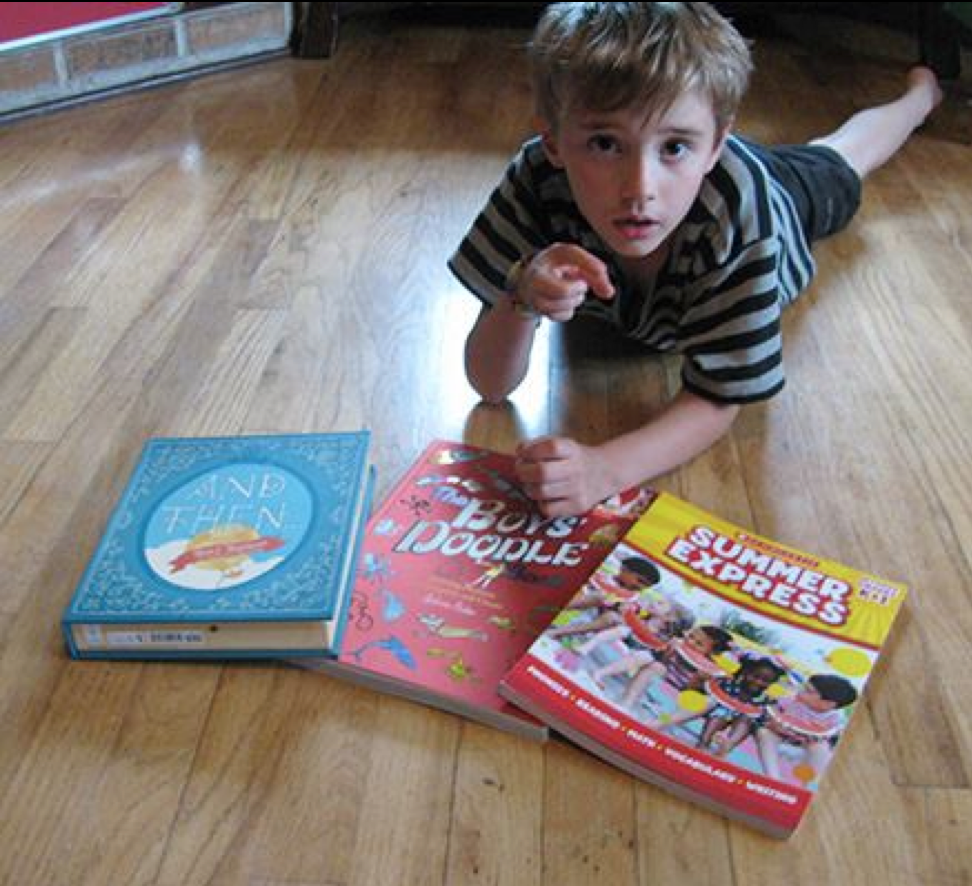 Mica had his longer books. Reading, watching movies, eating, and playing Legos is all Mica ever wants to do anyhow. I did get him some Mad Libs books. He and Isaak thought they were so funny! Isaak won't read a whole lot, but he knows his nouns, verbs, adjectives, and ad verbs. 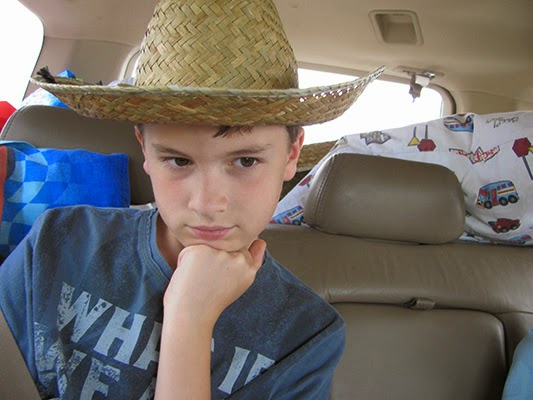 Both boys went to bed late (9 or 10!) on vacation, and got up around 8. They seemed to manage fine. Except they both got blinky at the end of the day. They blink rapidly when they are tired. It looks so funny. They flat out refused to sleep in the car most of the time. Mica in particular does better at home with more sleep. He's always needed more sleep than Isaak. You'd think it was the other way around since he's older. Not true. He took naps on weekends in Kindergarten. He was happy to do so. Sometimes he goes to his room and says, "Goodnight. I'm going to bed." We have easy goer to sleeper kids. I swear I don't drug them!

On a trip though, with a different place to sleep, things to do and see, and cable TV there isn't time to sleep. By the way I don't know how you cable people handle Cartoon Network. It's so odd! The boys including Daddy love it, while I 'm in the background rolling my eyes. I did happen to like T.V. Land, and ABC Family. We killed time watching part of Parent Trap and Sandlot in one hotel.


Isaak looked sleepish most the time, while in the car. He only crashed once. 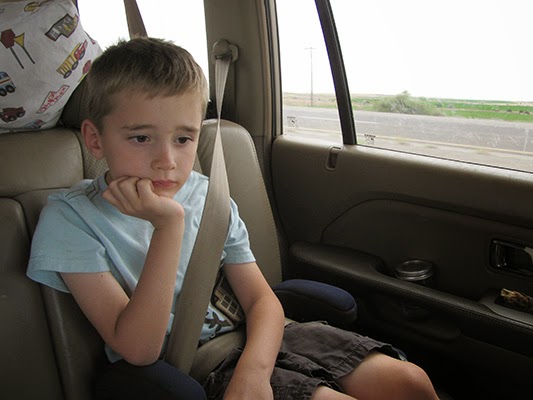 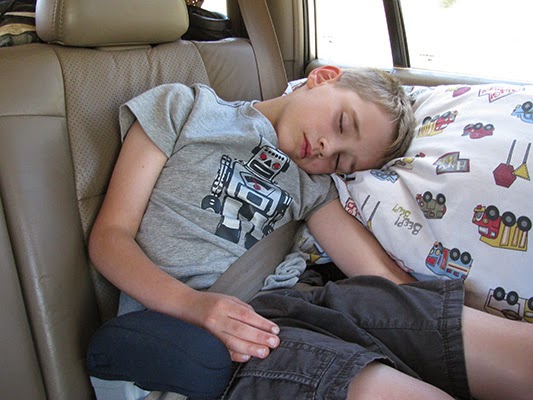 I had a few surprises in store. One was The Lego Movie. Mica said, "You're the best Mom ever!" when I pulled that out."

I also stole the Little House and the Prairie books from Aunt Terra before we left. Somehow Miss greedy pants got all those. They were originally Aunt Angela's, so I have no room to speak. Aunt Terra is my little sister, so I can trash her every once in awhile. ;)

I read out loud to the boys the first 3 books. Mica read when I couldn't read anymore. Daddy said, "Geeze are you going to read this whole time?" I said, "What's wrong with me reading? It keeps the boys content, they aren't fighting, and they aren't talking up a storm. All of which you complained about last year when we were on our trip. Suck it up and deal with it." So we read and read.

It's a damn good thing I read towards the beginning of our trip because I lost my voice towards the end of it. Maybe I lost it from reading so much. Nope it's stupid allergies! 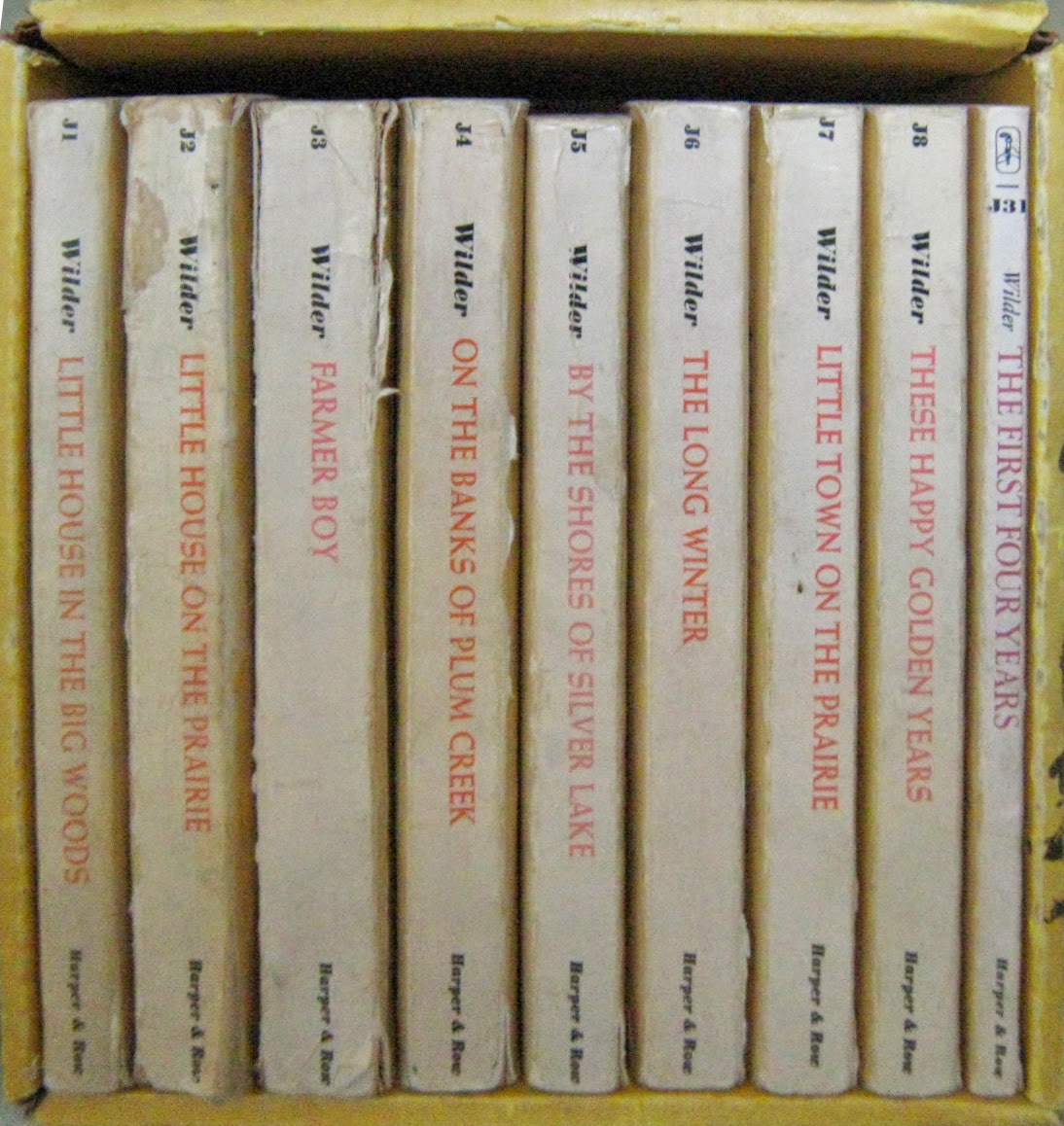 The Pilot had just gotten an oil change before we left. Then they said something was wrong. It's costs us more than $1,000 to fix it before we left, and time to fix it. URRR!!! On the road the air conditioner was working, then not working. It was on, but it wasn't pumping out cold air. Under the glove box was sure cold and dripping though. We still don't know what's up with that.

The weather was rainy traveling to Colorado. Remember we're from Nebraska. We went from flat grassy plains - where you can see for miles and miles, to hills and trees, and finally mountains.


I'm ending with these rainstorm photos: 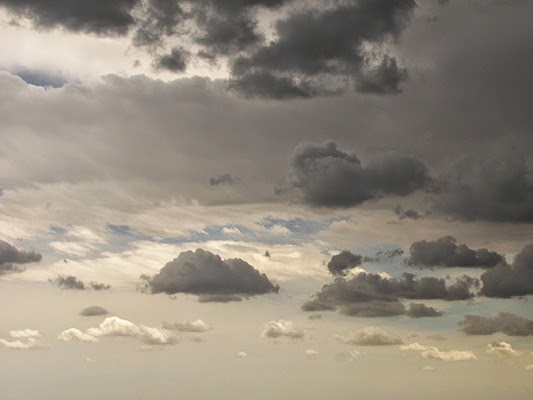 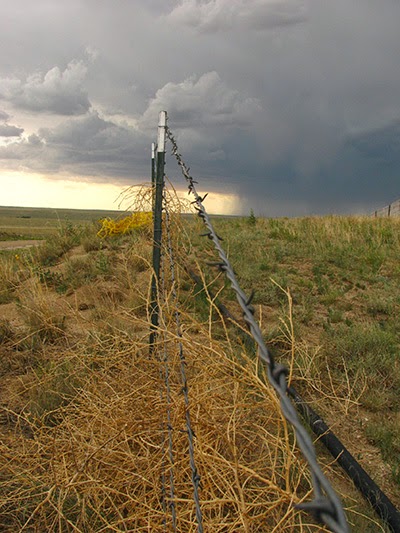 This was the best trip driving with the boys. They were so good overall!

Glad the drive went so smoothly. We are going up to New Hampshire next weekend & even though it's only a 3 hour drive, I am dreading it.

We will be driving from Pennsylvania to Montana in the fall. I think we are going to do it in about 3 or four days. We want to stop and see things along the way.

You're such a good mom with your plans to keep them happy on the road. Also, the bedtimes on vacation -- not bad at all. My kids never got to bed that early on vacation or most nights.

Wow! Sounds like quite the adventure. Great tips too for what to bring on a long road trip. I love the 1/2 books and 1/2 books with drawings. My oldest (12) still plays Legos and recently brought that lap tray to build Legos in the car. My youngest would watch DVDs until the cows come home.....

Sounds like it went well. I was surprised at how well my boys handled all that driving we did last summer. If you bring plenty to do, they don't seem to mind.

The half books/drawings are cool!! My little one has the same sheet/pillow set your son does (Target is where I think we got ours ;) ).

I'm glad the kids were good in the car. Looking forward to hearing more about your vacay!

You really were prepared! I like that book where they get to make up their own endings! It sounds like with all your hard work doing the planning, the boys had a great car ride!

hate to admit i am a bit jealous... i would love to travel like that... but with marcs job, not going to happen....