Isaak got a wart on the bottom of his foot this summer.

I ran out of Toe Juice that I had before to use on my one and only wart.

With mine I went to the doctor to try and burn it off twice. All it did was leave me with an uncomfortable blister to walk on, and a doctor's bill. Health insurance either didn't cover it, or they covered only some of it.

I still had a wart. Toe Juice was the only thing that helped me get rid of it. I tried Duct Tape, and that kept slipping off the spot I need it on.

I decided to give vinegar a try with Isaak's wart. It took care of the problem, but it burns at times. It also took all summer and most of fall to get rid of Isaak's wart. It's a big part of why we haven't gone swimming at the Y very much. A wart is a virus that can be spread. 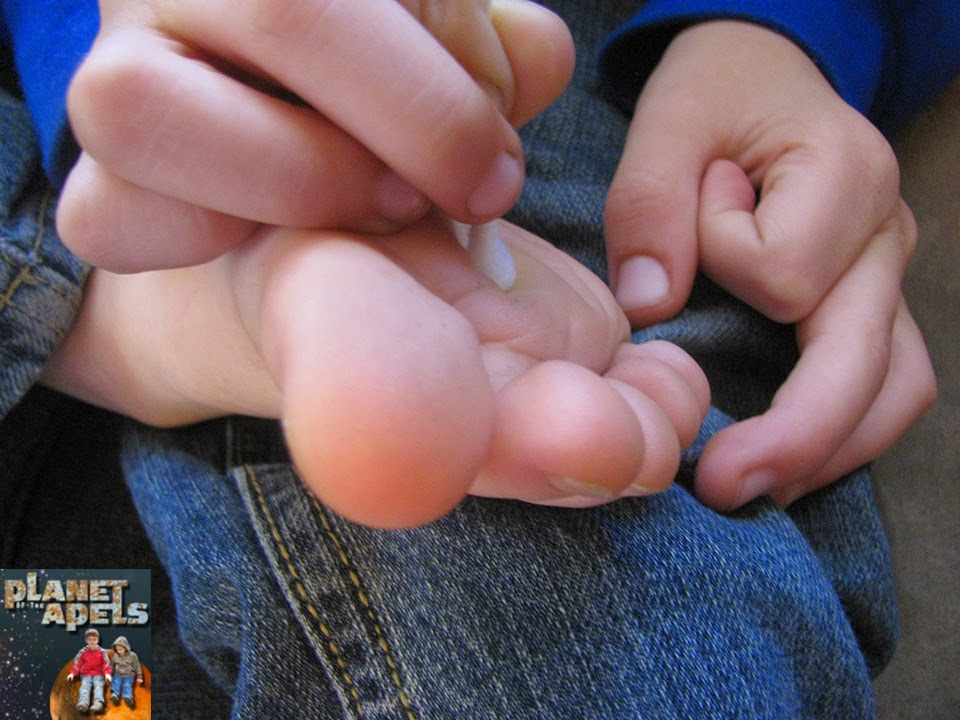 Toe Juice contacted me to have me review their product. I happily said, "YES!" They sent me more than what I got the first time.

Isaak's wart was pretty much gone by the time we got the Toe Juice, but I'm having him apply it for 2 weeks to keep it gone! Isaak loves it because it smells more like hand sanitizer than vinegar. Sometimes warts decide to come back. We're being preventative. They also can spread, which is horrible.

Here's what they sent me: 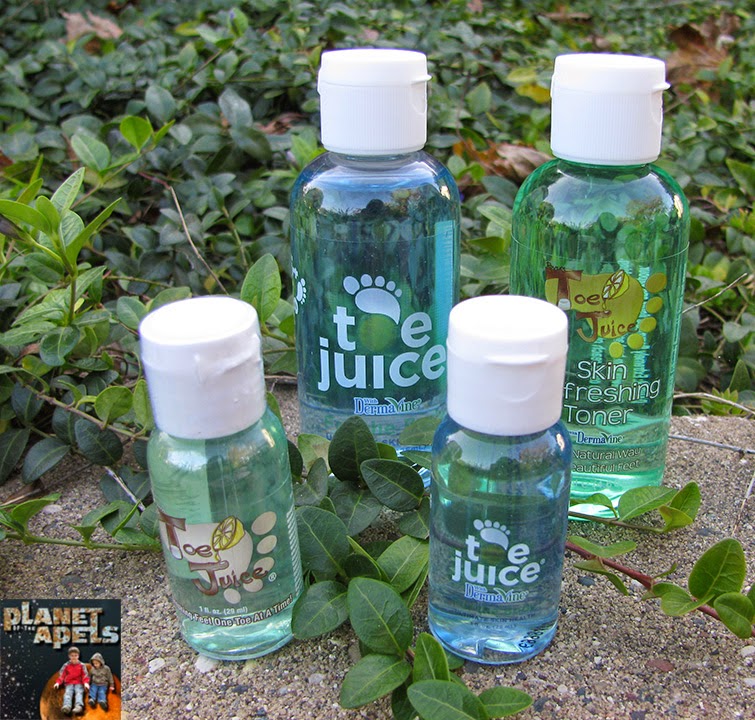 What is Toe Juice®?

In 1970, Royce Garner, a high school science teacher produced his first batch of Toe Juice®. His endeavor began when his infant son had flaking, dry, cracked feet. The many lotions and creams were ineffective and messy. So Royce did some research, went to his lab, and came out with a revolutionary new product. Not only did it fix and prevent further complications with his son's feet, but over the years many friends, family, and acquaintances have benefited from the strength of Royce's Toe Juice®. Those who benefited from the fast drying liquid, often encouraged Royce to take it public.

What Can Toe Juice Help With: 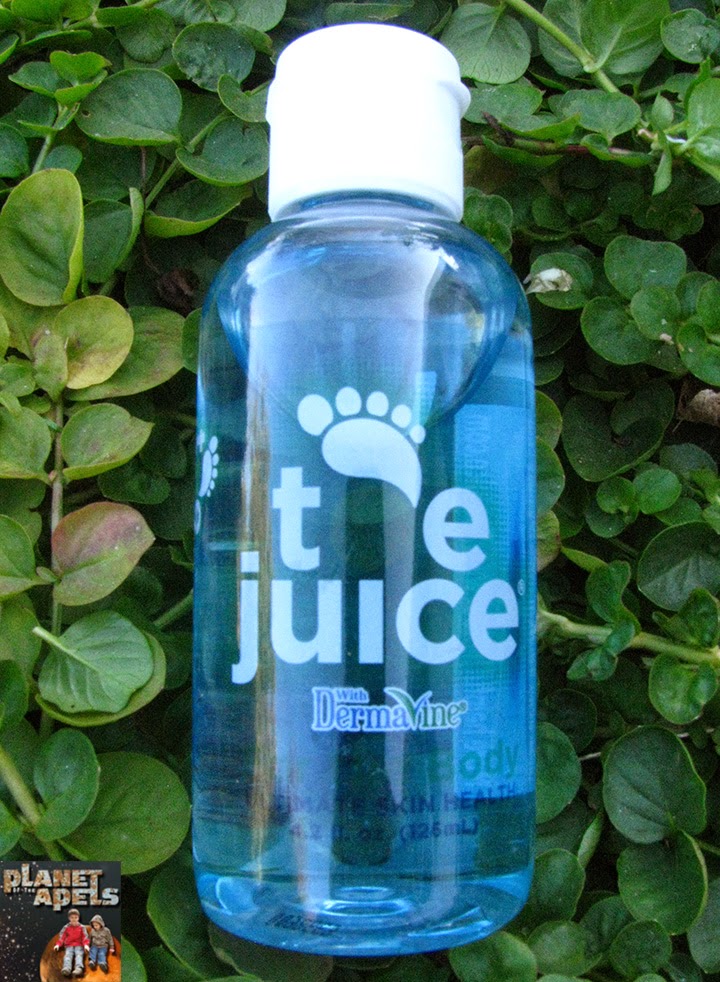 What Have I Used Toe Juice On?

Warts, skin flaws such as pimples, and bug bites. It's helped with all 3! I should have used it on Mica's Ring Worm that he got last year. To be honest I didn't know he had Ring Worm before being diagnosed, or I would have. 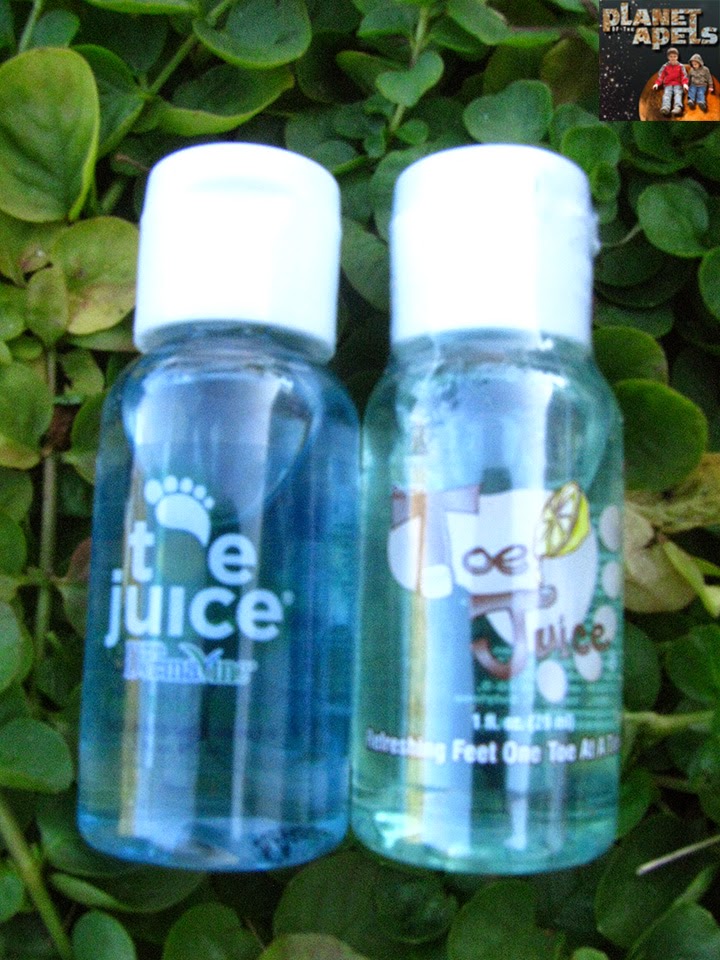 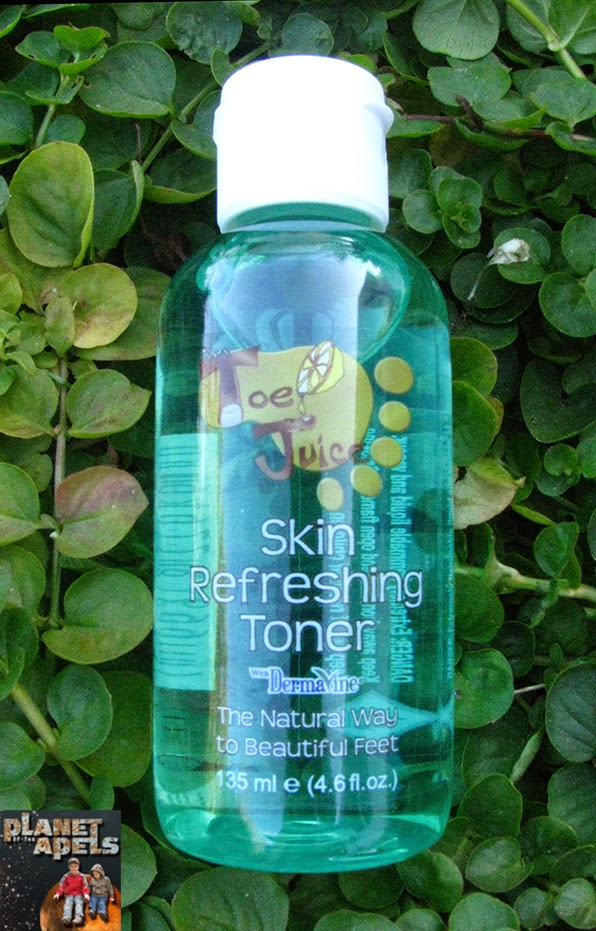 What is the difference between the blue and green products?

The Blue product is Toe Juice® Body. It is a more gentle formula designed for use all over the body including sensitive skin.

The Green product is our original formula, which is intended for Hands & Feet.


I'm receiving one or more of the products mentioned above for free from Toe Juice. Regardless, I only recommend products or services I use personally and believe will be good for my readers.

Toe Juice helps with cold sores?? My Granddaughter has been getting them every once in awhile. I get them in the winter. They are so annoying. Burn and itch all at the same time.

I still have some Toe Juice I did for a review. That stuff does last! I didn't know it could be used on cold sores. Jason gets one every winter. I am going to have him try it if he gets one this year!

Wow that's a lot of things it can help with!

we used it in the past (for review) for broxton's eczema.. i would like to use it for my feet ...and marcs too (dry skin)