WW: Dressing Up Before Halloween {Linky}

This weekend we went to the library's Spooktacular Event. There were older, and younger kids there. I tried to teach Isaak how to play checkers against Indiana Jones AKA Mica. Mica wasn't having in. He was mad that we were winning. At least I got a good photo out of it. 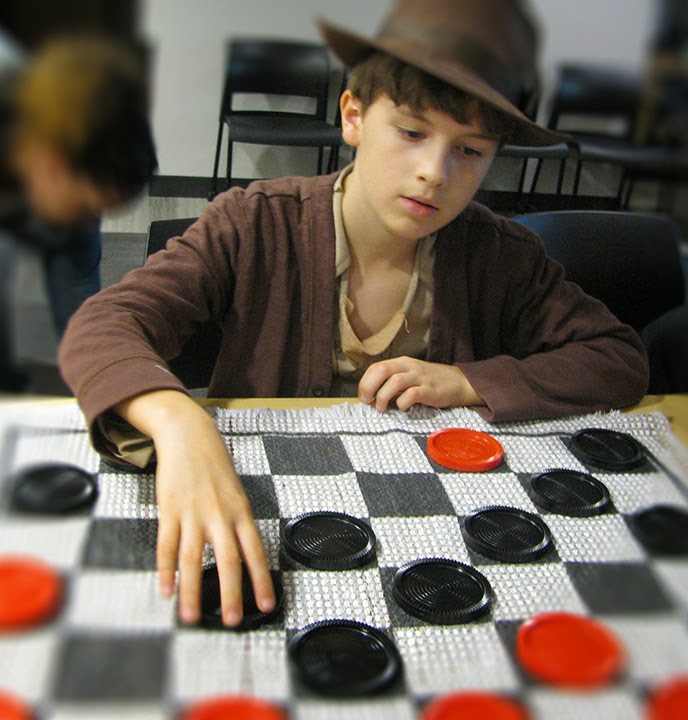 A few weeks ago the boy's school had a fall festival. I tested out my Coraline costume. If you've seen the movie, I'm the "Other Coraline". I teach at an art school, so costumes are big at work. I'm glad I dressed up for the event. I realized that having buttons glued to the tops of my eyebrows would never last all of Halloween day. They drove me nuts for just a few hours! Blinking hurt! Since then I made button glasses per say. It's wire that attaches the middle of them, skin colored elastic that wraps around my head, and layers of hot glue on the bottom and back of the buttons to make them pop out, so I can blink easily. They don't look as cool, but they are much more comfortable.

Kids at the festival saw me, and asked how the buttons were on my eyes? The silly/twisted person that I am said, "I sewed them there." Their eyes got really big. I had to laugh, and told them the truth. They were glued above my eyebrows. 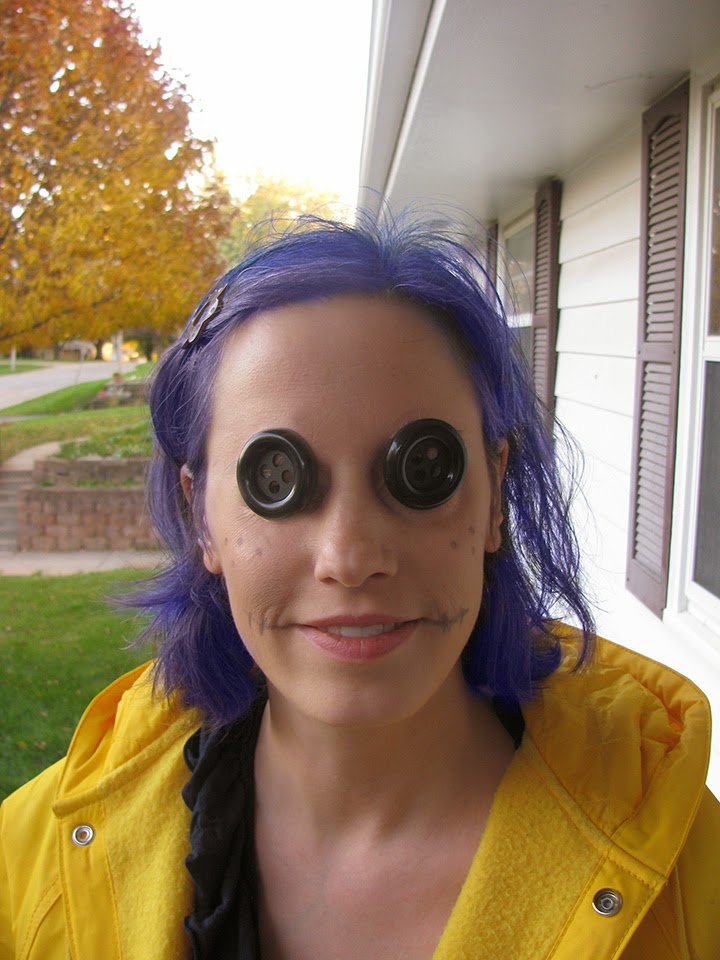 The boys have been ready for Halloween for some time. They love Halloween. Truth be told, they like dressing up at least once a week.

Mica's been getting into character by watching The Young Indiana Jones series that we checked out at the library. 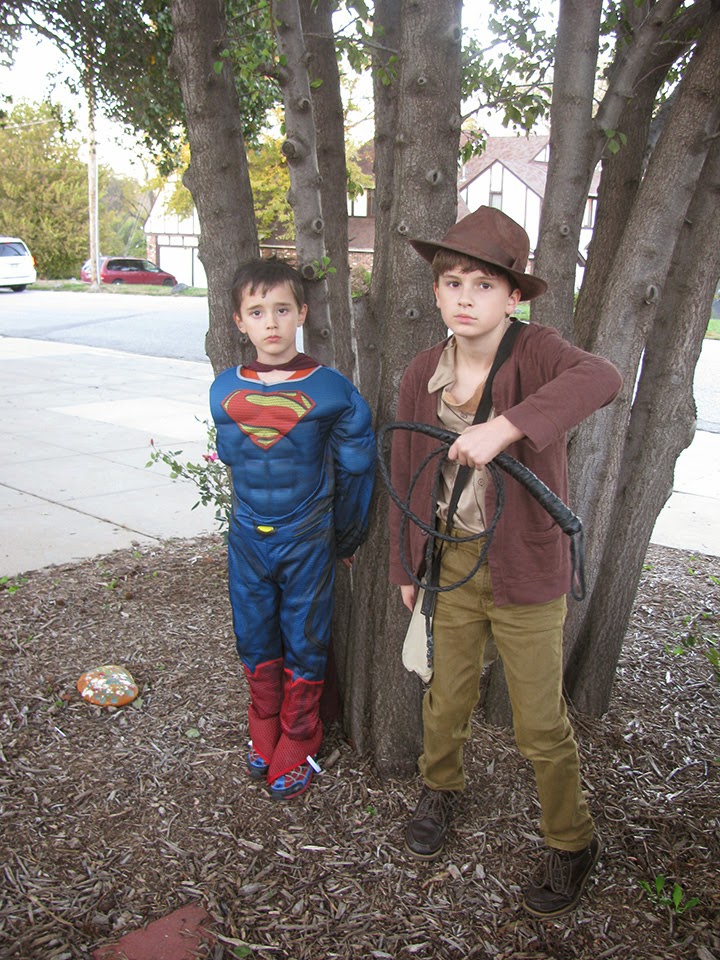 If you have a moment please enter my low entry giveaway for your choice of Rock N Learn DVD, or CD. Open to the US.

Cutest Indiana Jones and Superman ever. You look pretty awesome with your button eyes, too :)

I remember Mica playing Indiana before. wow, superman has huge muscles :) I like your button eyes, the kids must get a kick out of them.
Faythe @ GrammyMouseTails

You always come out with the coolest costume! Happy Halloween weekend!

Great costumes and their expressions are precious!!! Thanks for stopping by Oh My Heartsie Girl to share!!!

I always love your creative costumes you pick for yourself. The boys look pretty amazing too!

My son used to like to dress up a lot more than he does now, but he still likes it. :) I think the reason is probably that he's steadily outgrowing costumes, and we haven't replenished them.

That's funny about the sewing comment, lol. We're ready for Halloween here too. :)

Great photos, but you have the coolest costume of all! (Then again, I love all things Neil Gaiman.)

Fab costumes had to laugh at your eyes I hope when you took them off your eyebrows didn't follow LOL :-)

I love the button eyes :)

Cute costume idea! I conquered my fear of gluing stuff to my face and used spirit gum to affix my mask this year.

How fun to play dress up!! Hope you have a great Halloween!

I wanted to get some of the halloween costumes when they went on sale - for dress up.. but broxton isn't really into anything but star wars and those were wiped out already.

Cool costumes! I especially love yours. We did not have a very good Halloween this year so I am glad that it is over. Enjoy the rest of your day!

It has been a long time since I played checkers. I bet Mica would beat me.