A Wrinkle in Time at The Rose Theater Review

We had a chance on Friday to go wee A Wrinkle in Time. I have never seen it. I heard that it was a little scary. That's when I knew my boys would love it. 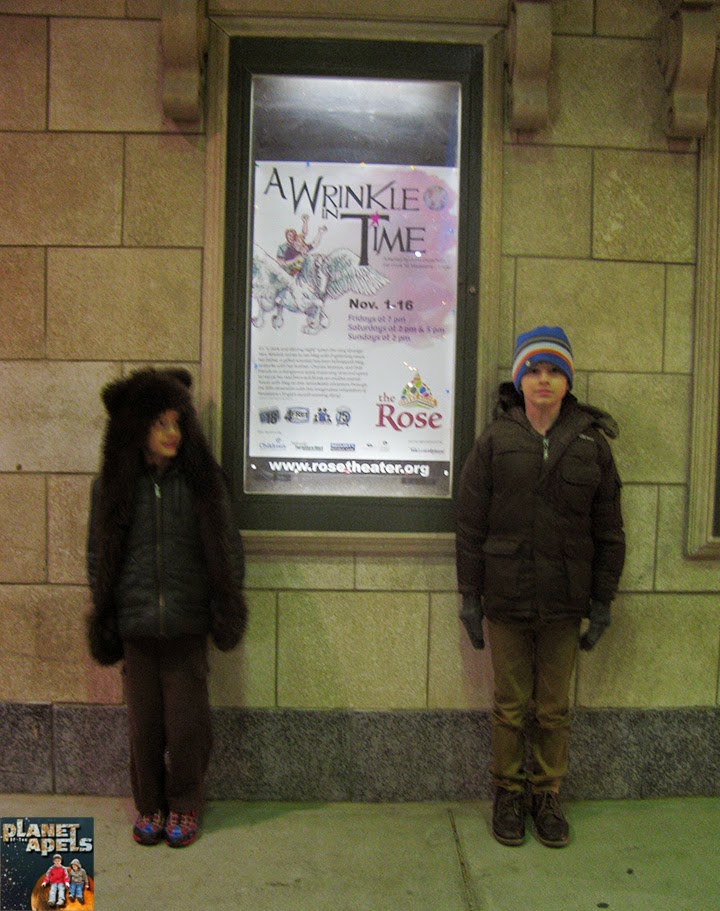 It’s a “dark and stormy night” when the very strange Mrs. Whatsit comes to see Meg with frightening news: her father, a gifted scientist, has been kidnapped! Meg embarks with her brother, Charles Wallace, and their friends on a dangerous quest traversing time and space to rescue her dad from evil forces on another planet. Travel with Meg on this remarkable adventure through the fifth dimension with this imaginative adaptation of Madeleine L’Engle’s award-winning story.

A wrinkle in time is a method of time travel, which allows people to travel through time and space using the fifth dimension of time travel.

The set was set up like the inside of a house. They used a lot of screen projection, strobe lights, and towers behind a screen during the play. 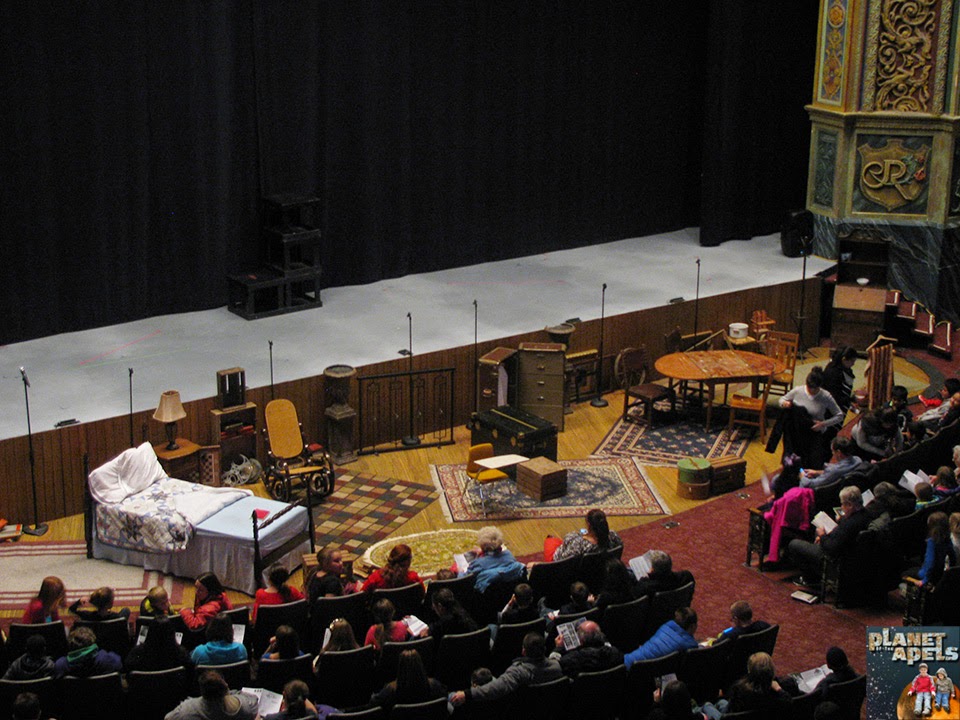 The play is best for ages 7 and up. I could tell Mica (age 9) got into the play more than Isaak (age 6). That's not to say that Isaak didn't enjoy the play. He did. It's just that some of it was over his head.

It lasts 75 minutes. There wasn't an intermission. If you do play on going to this play, take your kids to the bathroom before the show starts.

The Rose Theater knows that it's hard for kids to sit still, and wait for the show. They had the Rose Theater Gasesset come out to preform parts of Aladdin in a mix of Spanish and English. They did a great job! It makes waiting so much more fun. 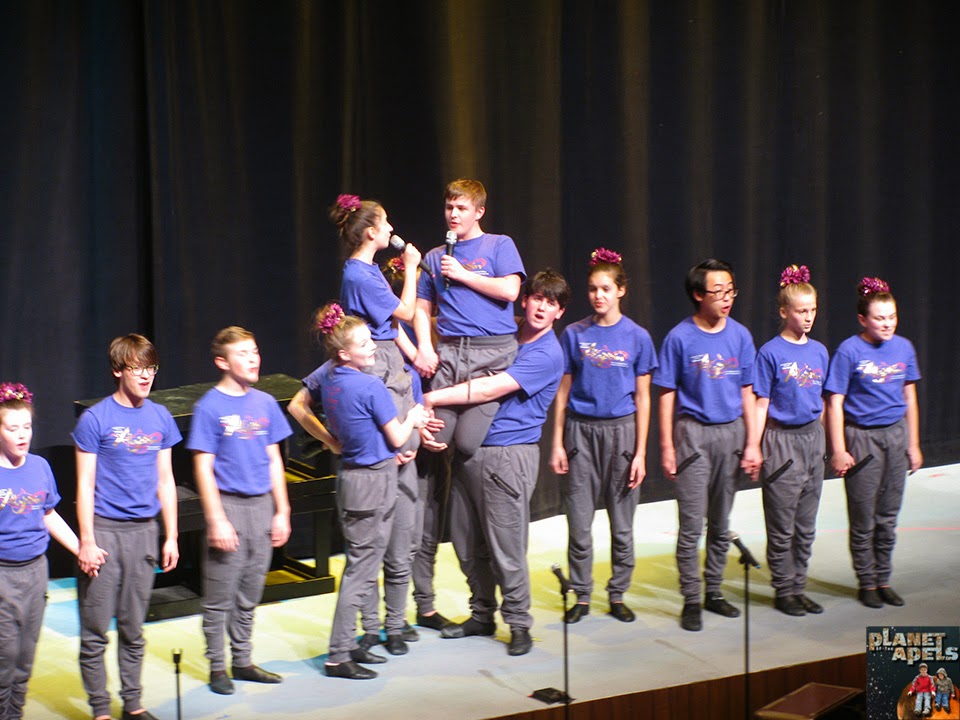 Cast for A Wrinkle in Time:
Production Credits:
After the Show:

There's a few options for kids after the show. They can A) Go up by the stage to ask questions about the show. There are a few people from the cast to answer the kid's questions. There isn't time to answer them all, but they get to a lot of them. B) Kids can take their Beyond the Curtain A Wrinkle in Time book to get autographs from the main actors. We usually stay for questions. 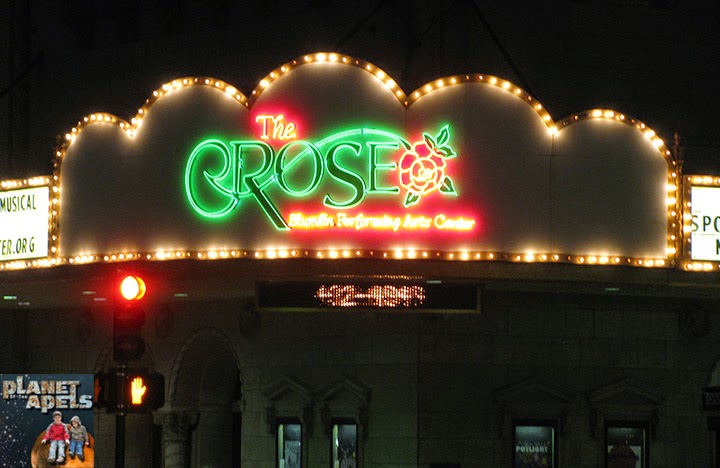 I received tickets for free from The Rose Theater. Regardless, I only recommend products or services I use personally and believe will be good for my readers.
Posted by An Apel a Day at 11:04 PM

Email ThisBlogThis!Share to TwitterShare to FacebookShare to Pinterest
Labels: A Wrinkle in Time, play, The Rose Theater

My son likes live shows too, especially if children are the performers.

It was such a great play! Although I have to say I'm a huge baby because it creeped me out a little! haha

How awesome!!! So glad that you have this near you to enjoy...
I think I saw this as a movie.. or read it as a book when I was younger...

One of my favourite books as a child, how cool that it's now a play!

I'd love to take the girls to a live showing of A Wrinkle in Time. That's cool they had some pre-show entertainment too!

I've never seen that play either. It sounds like a lot of fun.