A Christmas Story: The Musical @RoseTheaterCo

Last Friday we had the best experience of the season. We got to go see A Christmas Story: The Musical at The Rose Theater. 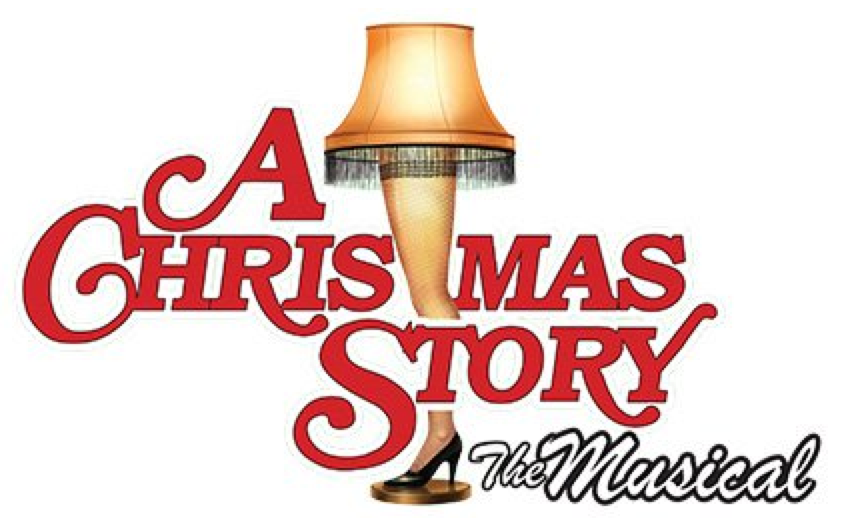 We were all excited to see the musical. A Christmas Story is our families favorite holiday movie. The show was similar to the movie, but also had it's own style.

The show is best for ages 5 and up. It runs 2 hours long including an intermission. During the intermission there are cookies and drinks served. After the show there is a chance for kids to get autographs on their programs, or stay in the main part of the theater for questions and answers about the musical. 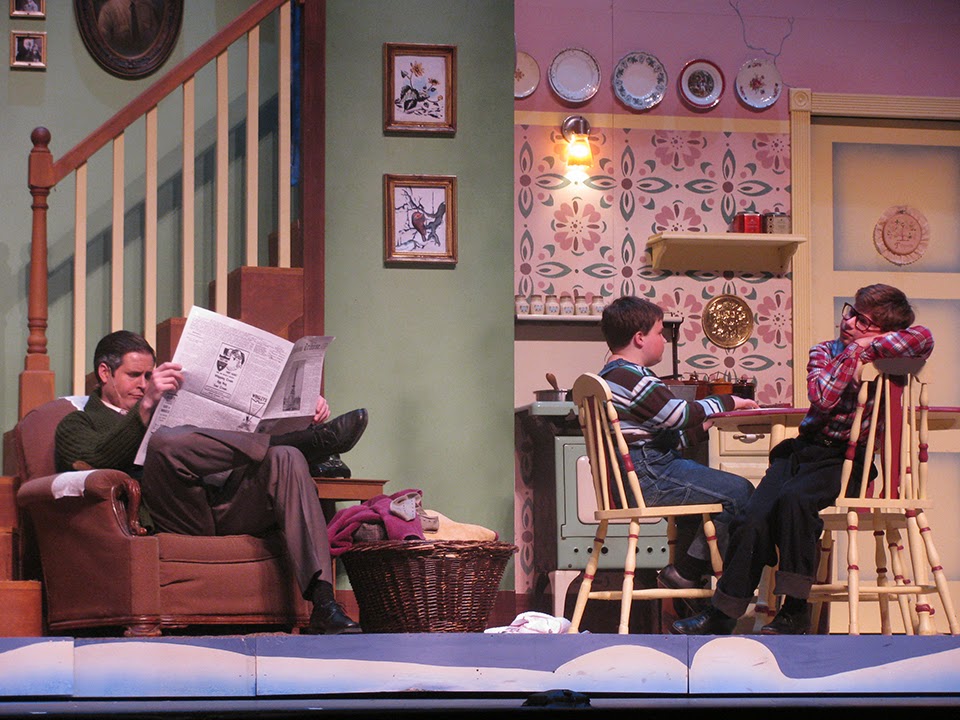 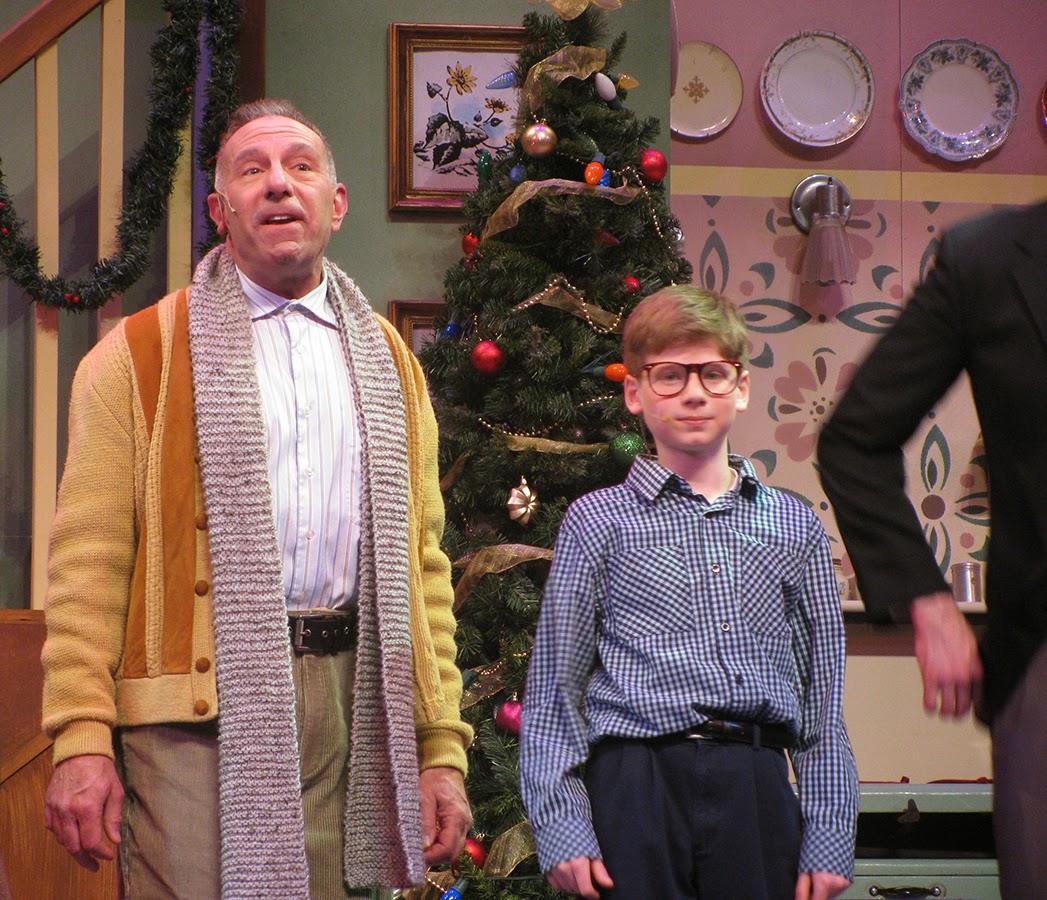 If you've seen the movie, you pretty much have an idea of what this musical is about. Christmas is a huge deal to Ralphie Parker. His dream gift is to get a Red Ryder 200-Shot Carbine Action Range Model Air Rifle. His mom, teacher and Santa do not like the idea of Ralphie having a gun. They all say, 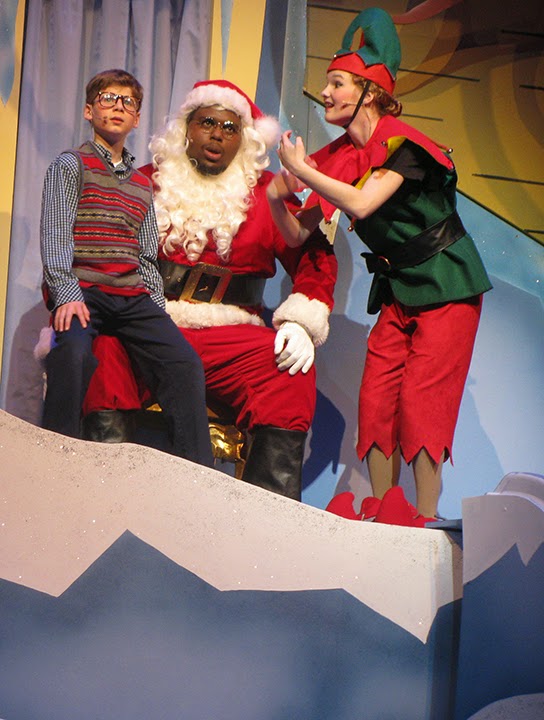 His Dad doesn't seem to pay attention to much of anything except for his major award, which is the iconic leg lamp. 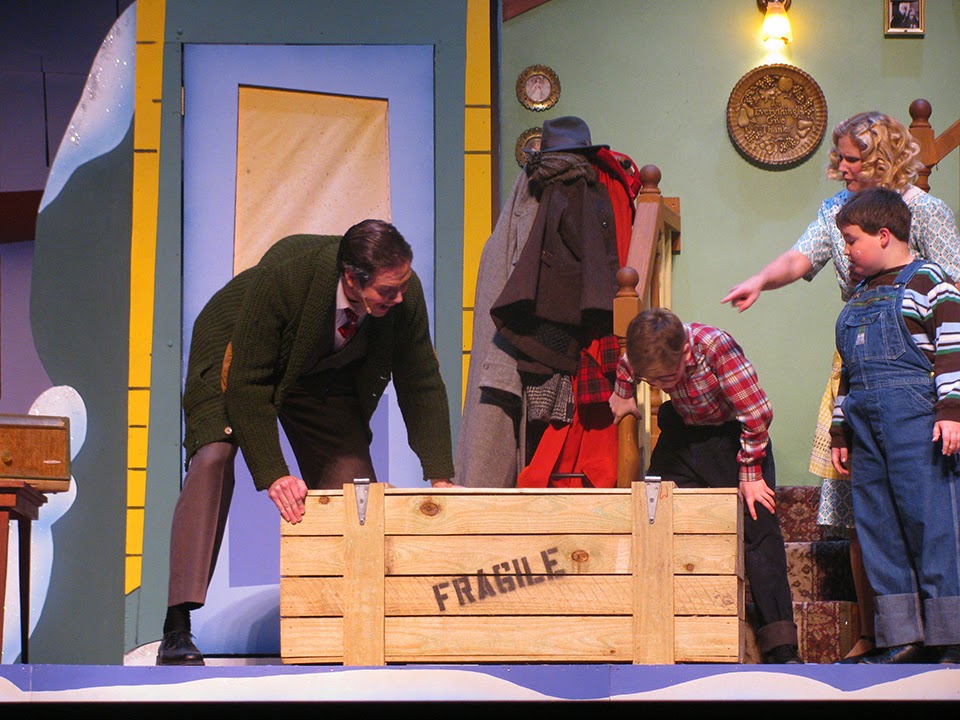 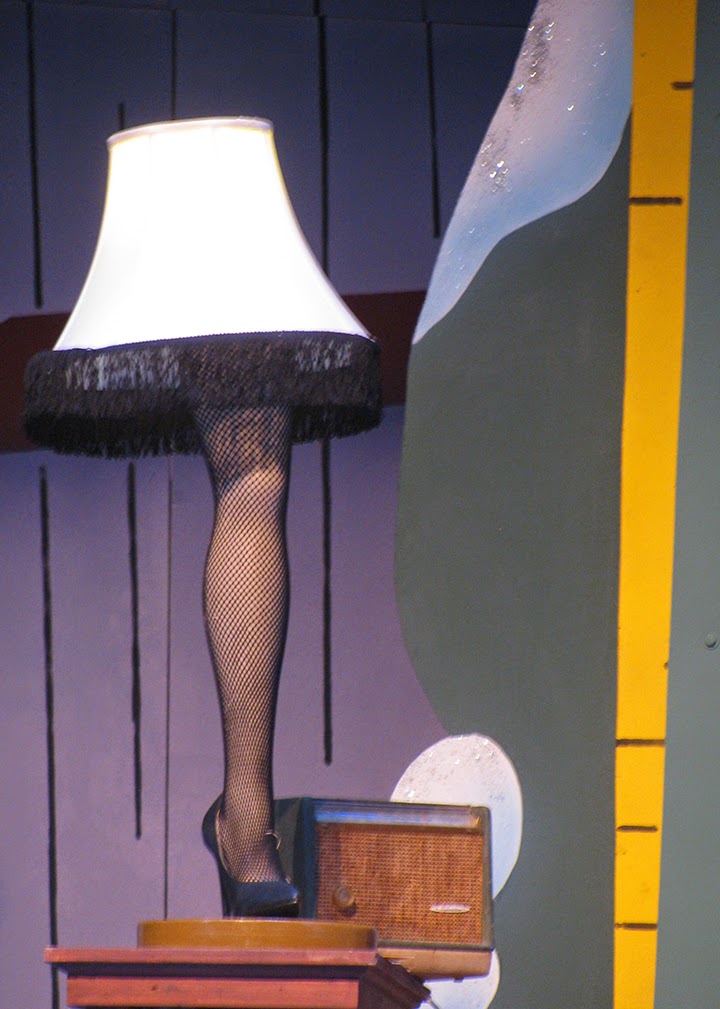 Ralphie's mom isn't thrilled with the leg lamp that sat in their front window. She broke it. 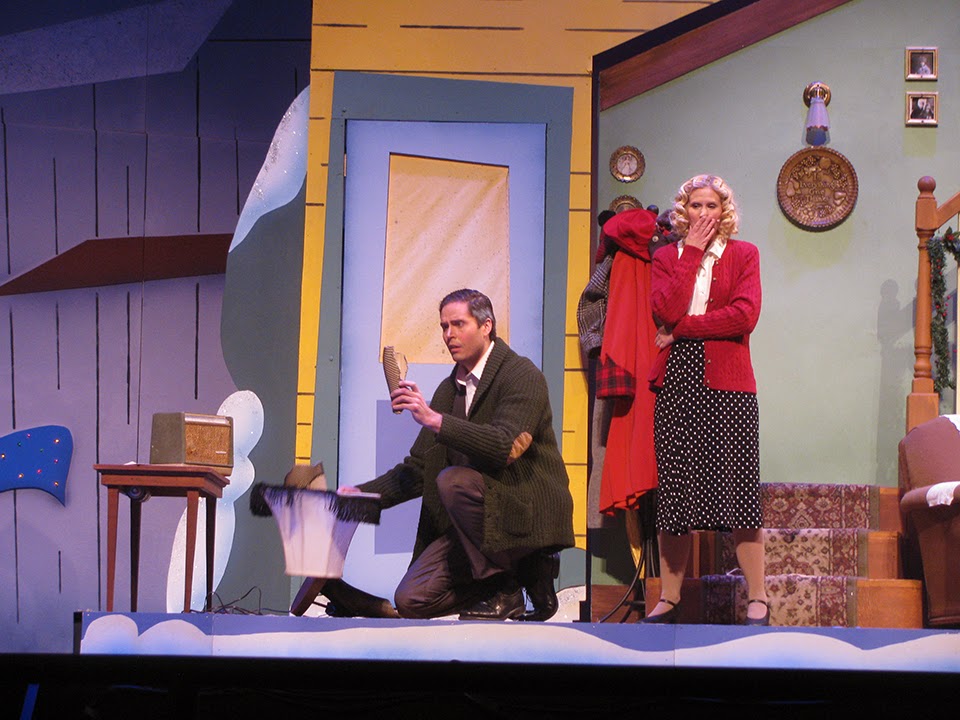 The Red Gyder BB gun was in all kinds of ads and advertisements. Ralphie couldn't keep his mind off of it. 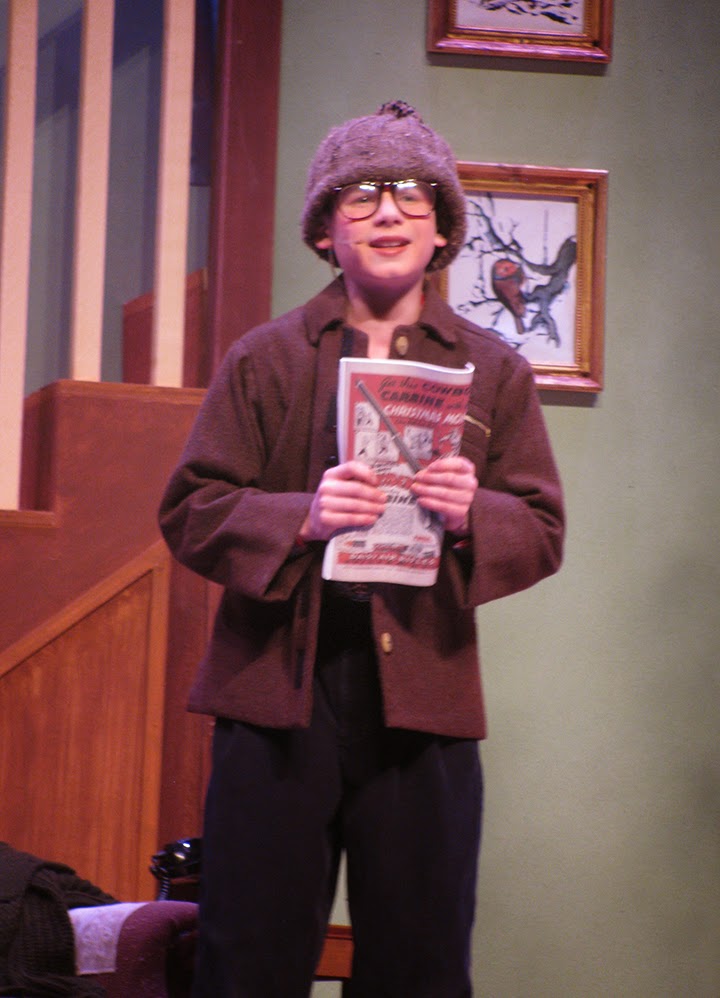 Ralphie almost lost all hope for Christmas when he gets a pink bunny suit from his aunt. 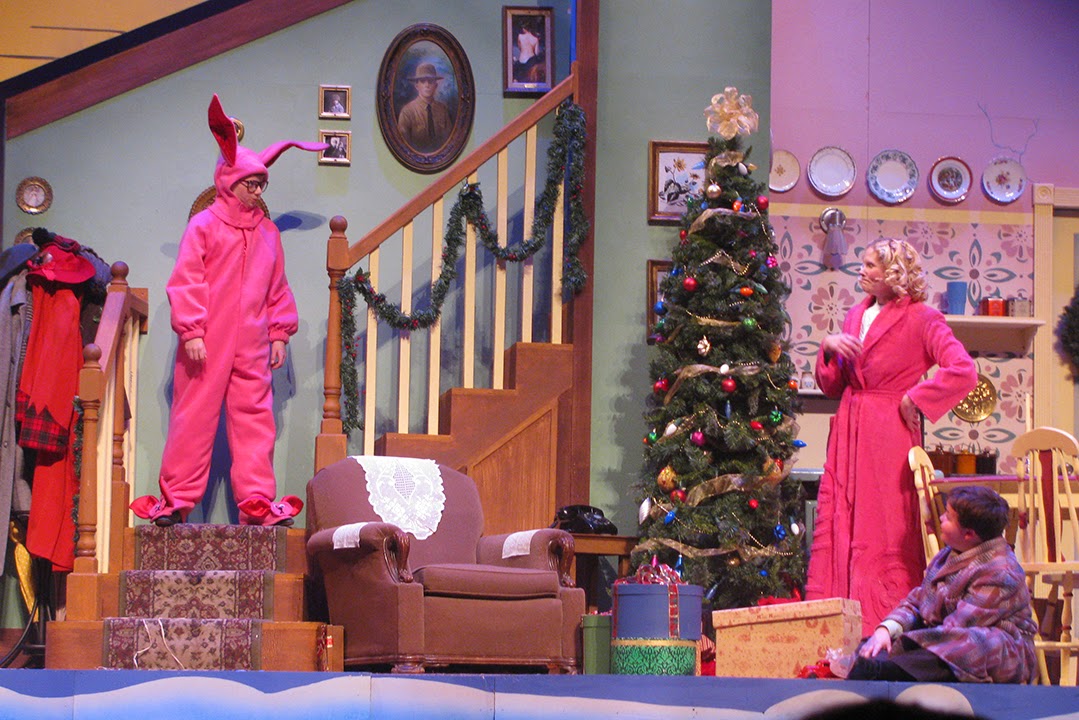 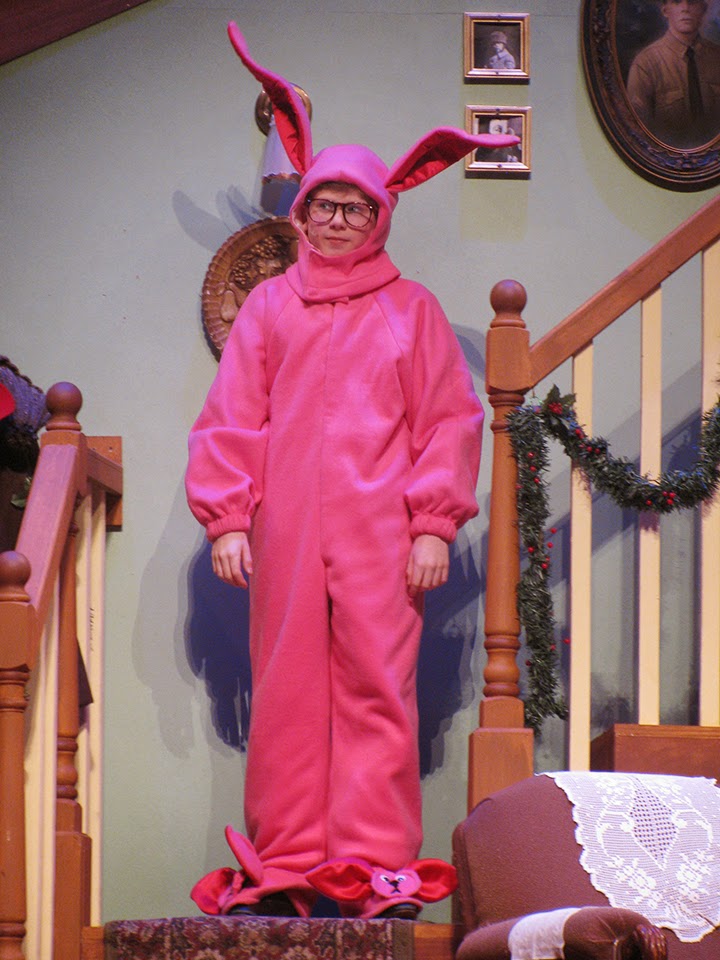 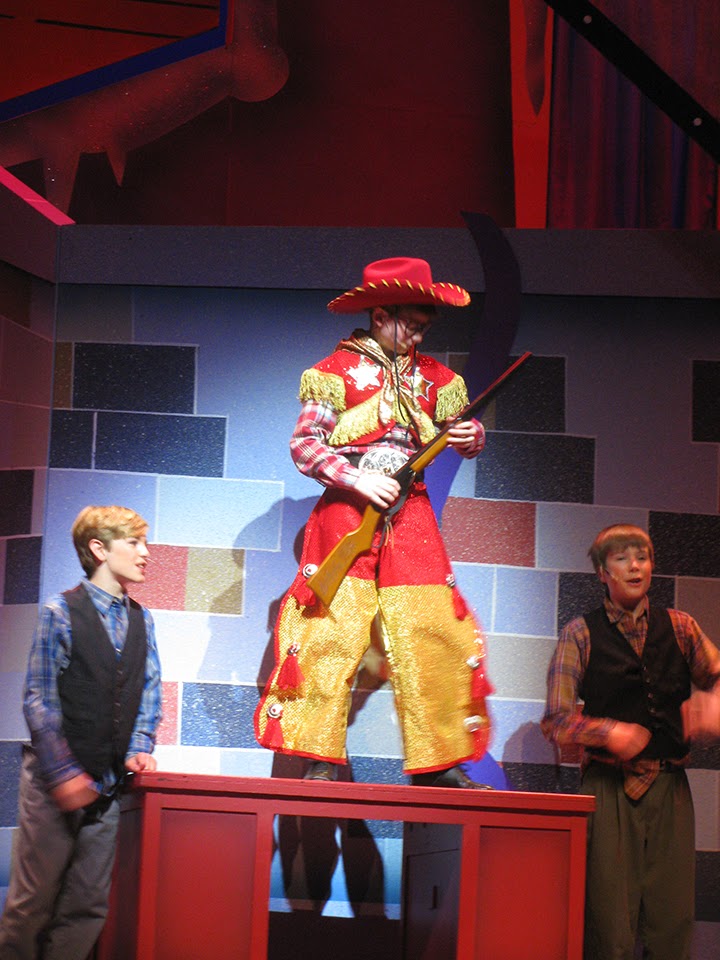 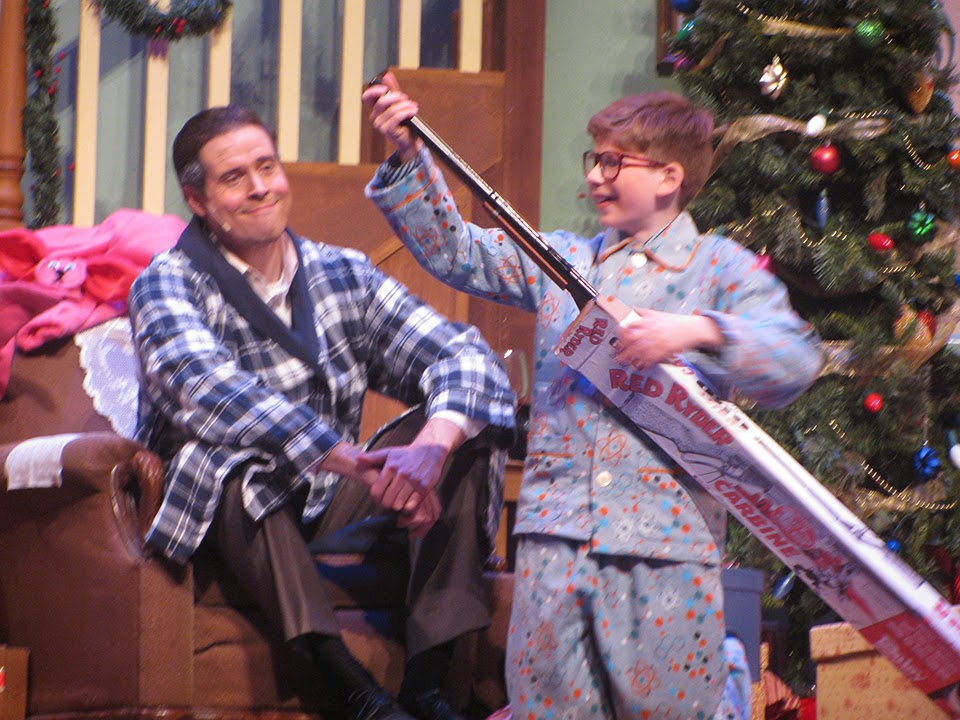 Other Iconic Things That Happen in the Musical are:

When Ralphie's friend got his tongue stuck to the frozen pole. Your tongue really will stick to a frozen pole, so don't try this! 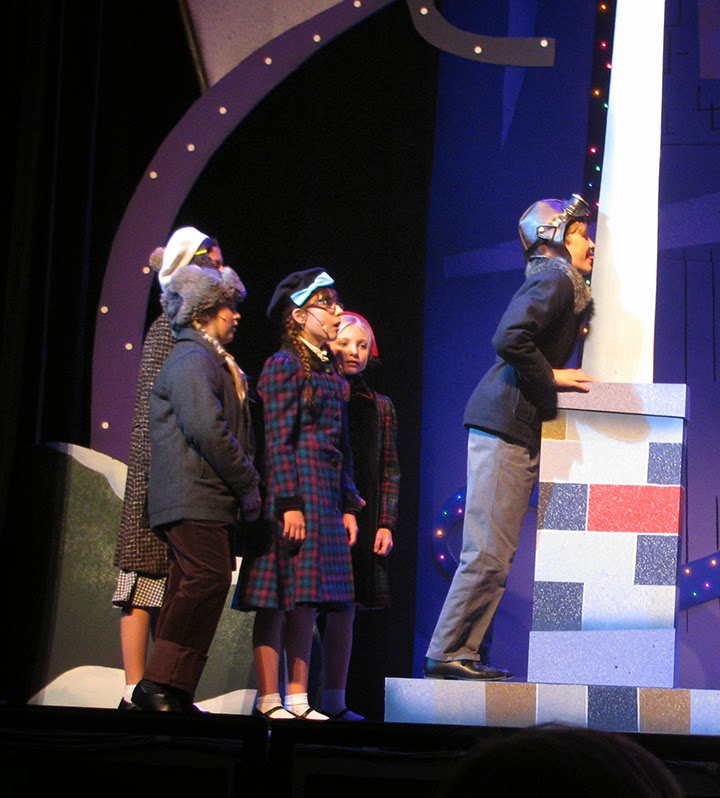 When Ralphie said the word, Fudge, but actually said something else. 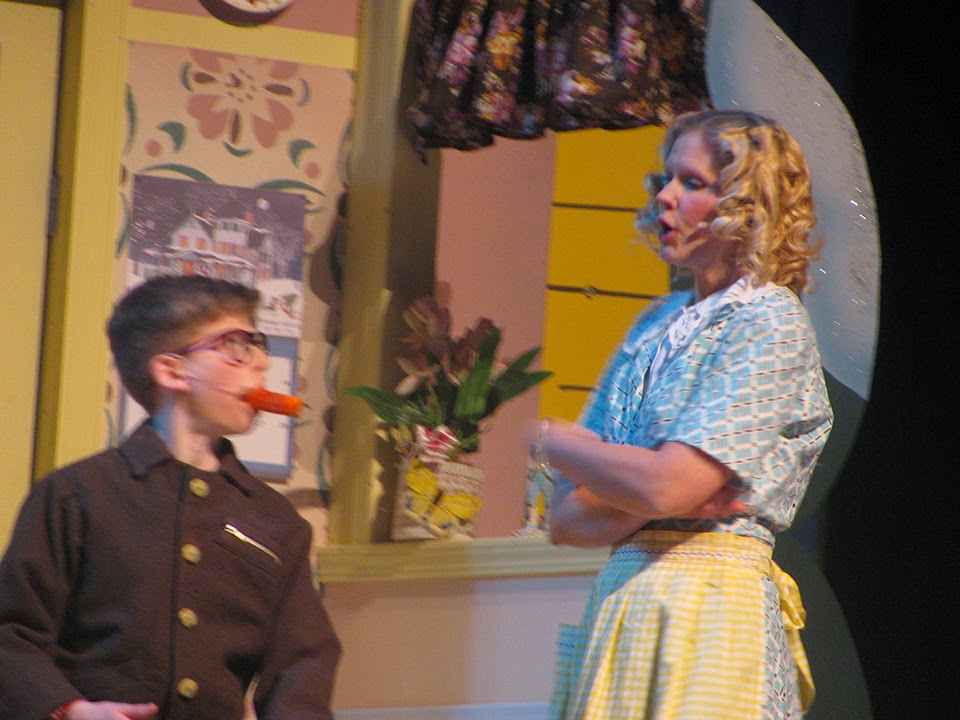 Ralphie's brother Randy being stuffed in his snowsuit. 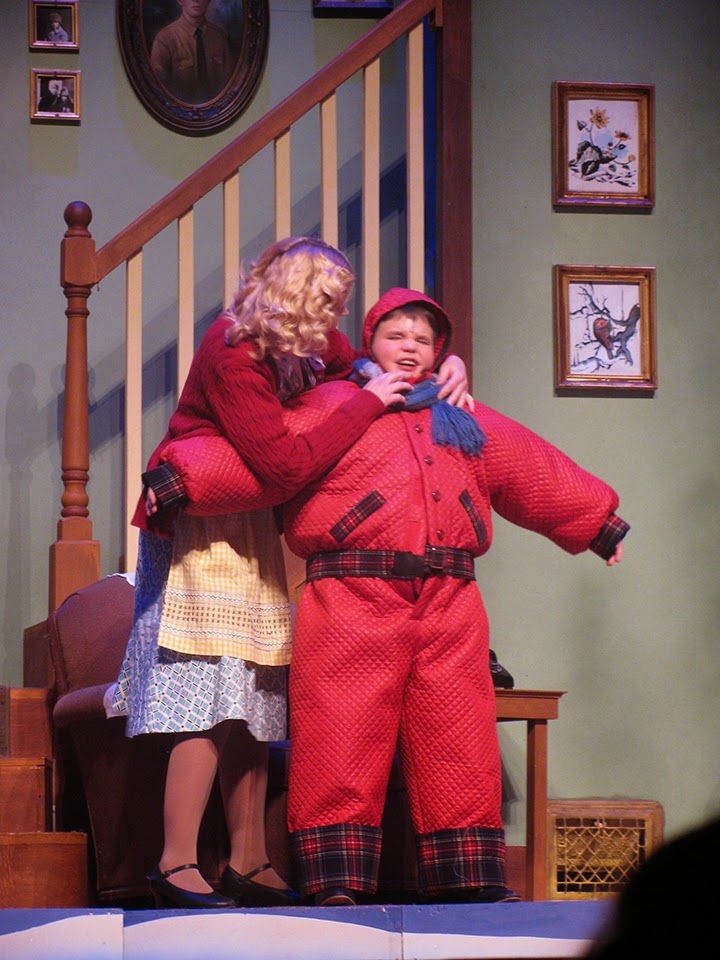 Other Tid Bits About the Musical:

The story had a narrator, which did a wonderful job! The only thing I did not understand, was that the narrator's name was "Jean Shepherd". He is supposed to be an older version of Ralphie. I was wondering is "Jean" is Ralphie's given name? I may have to ask. The Rose Theater welcomes questions.

The Rose Theater contacted me back right away on my question about the narrator. A Christmas Story was based on the writings of Jean Shepherd, who is an actual person…a radio commentator. He had a popular radio show where he talked about his life. In his books, Shepherd explains that the stories aren’t necessarily factual recounts from his own life, but rather collective memories — things that might have happened to him, to his friends, to his family, or even things that might not be exactly true, but just fuzzy images from his past.

It is easy to miss in the show, but at the beginning of the play, when Dave Wingert’s character (which is listed as Jean Shepherd in the script) starts telling the story, he says, “Now, when I say the word ‘I,’ I don’t mean me, necessarily. It’s a universal ‘I.’ And the ‘I’ in this particular story is Ralphie Parker.” 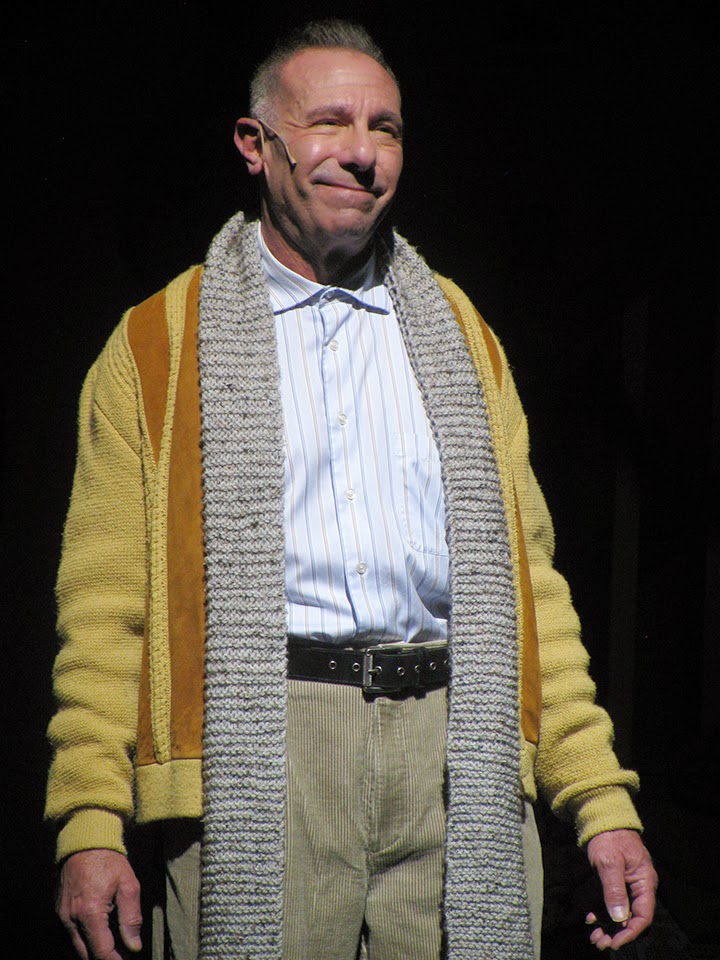 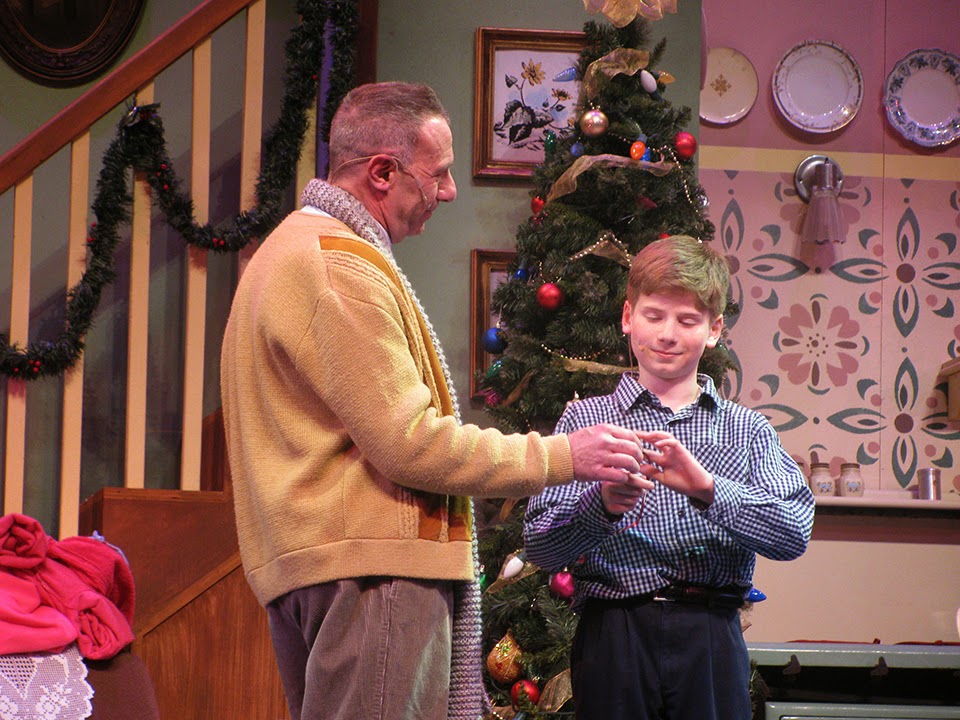 They do not mention, "Don't forget to drink your Ovaltine." in the musical.

There is a full blown orchestra in a stage below the musical that is before your eyes. That's pretty cool!

The set was pretty amazing. Isaak loved watching the house transform into other things.

Dates and Times Shown:
Double check that they are not sold out shows!


December 20 has interruption for hearing impaired.

Cast and Crew:
There are a lot of people in A Christmas Story: The Musical. I'm listing the main characters.

My son's love pointing out the actors they have seen before in other productions. They all did a wonderful job with remembering their lines. Their voices were amazing! We were very entertained during this musical!


Prices: Ticket reservations are required, with prices from $20-$25. Discount ticket vouchers
and a Kid Cuisine special purchase voucher for main floor seating are available at all area Hy-
Vee stores. For information or to make reservations, call The Rose Box Office at 402-345-4849
or visit rosetheater.org.

Email ThisBlogThis!Share to TwitterShare to FacebookShare to Pinterest
Labels: A Christmas Story, Musical, The Rose Theater

We love A Christmas Story! I had no idea that it was turned into a musical. I bet you had a lot of fun watching it.

How much fun is that???? I know Broxton would love it.
So glad you guys get to go to these shows!

Chris and I saw this last year when it was in Boston. It was really fun!

I want to see the live play so bad! I don't think it's going on here though :( It looks like you had an amazing time!

What a cute story. We don't have any plays like that around here

I LOVE A Christmas Story! It is not Christmas without watching that movie. I bet it is SO fantastic as a musical!

Great pictures! How close were you guys to the stage?!

This is one of our favorite holiday movies. Love that the Rose is doing this musical. Great for kids and adults alike.

How fun! I love The Rose and A Christmas Story, I wish this show would have fit into our busy schedule. It looks like it was a blast.