When Mica was running around outside without his shirt on Dad noticed something. Mica had an odd bruise on his arm. Travis asked him, "What is that mark from Mica?" Mica was all hesitant to tell him. 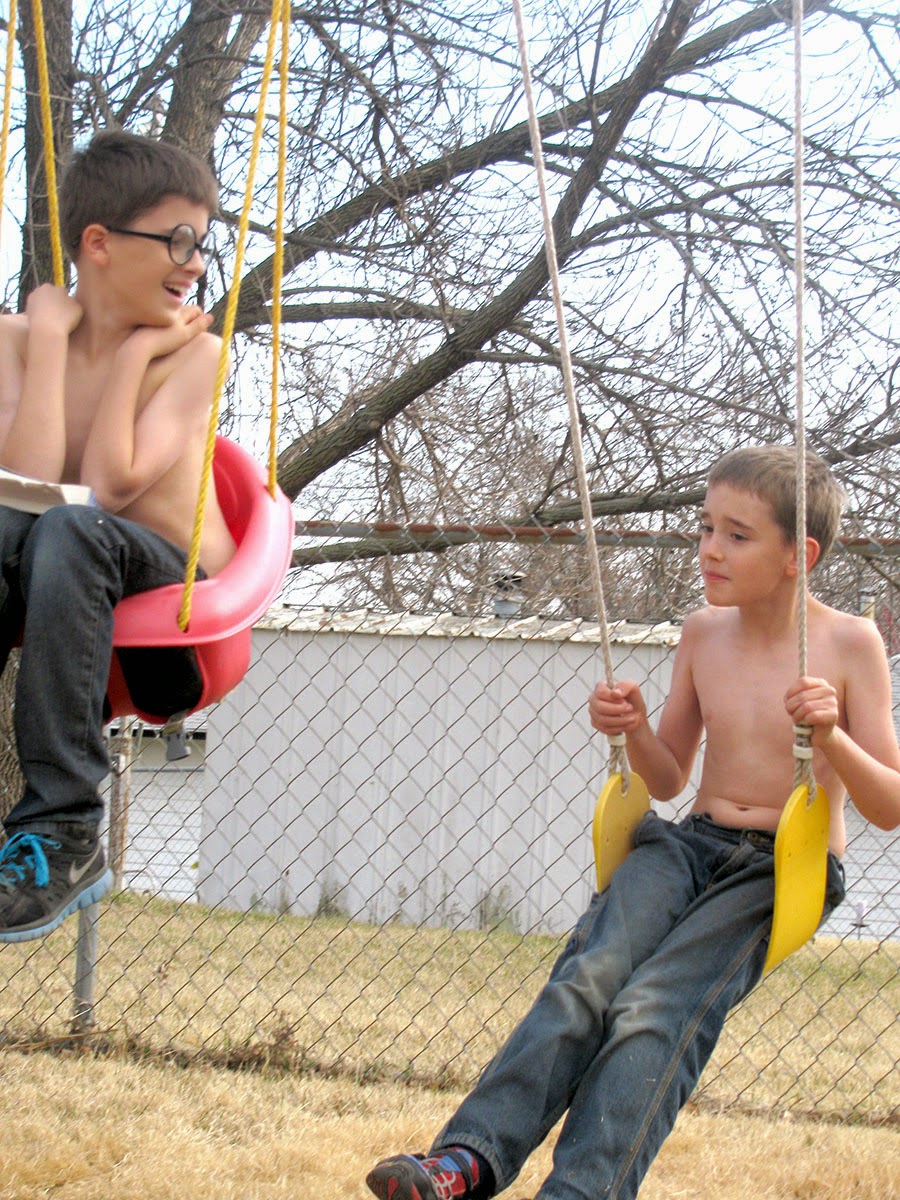 Mica said, "A bunch of people were playing hug tag. I went to tag a girl named Mallory, and she bit me."

Hug Tag is odd. A third grader that bites is even odder.

It was Sunday when Dad noticed his bruise. On Friday mid day is when it happened. I thought about letting it go. Seriously this is the only problem I've had all year. The more I thought about it, and after talking to a few people I decided it was best to let someone at their school know what had happened. I knew they probably couldn't do anything since Mica didn't turn it in, nor did anyone see what had happened that we know of. It's however best to report it just so teachers can be on the look out.

I emailed his teacher. I told her about what happened, and how Mica felt humiliated about the situation. I also mentioned that I had a talk with him that hug tag is not appropriate for him to play. Friends are not family. Adults know when an appropriate time is to hug someone, and when it's not appropriate. Kids don't think of such things.

His teacher fully understood, and did talk to the other teacher that has the biter in her class. I don't think anything is going to be done to this child. I didn't really expect her to get in trouble. I just feel better about reporting it. If another kid gets bit; they'll know it wasn't the first time. The teachers had already talked about how they need to establish rules for tag. She apparently knew that was already an issue.

After that I sent another email about a book. It's getting closeish to the end of the year. Every year I have the kid's teachers sign this book:

The teacher signs anywhere in it, and a message of some sort. I'll give it to the boys when they A) Leave elementary school. or B) Graduate high school.

I can't take full ownership of the idea. I found it on Pinterest. Dad thought the idea was cheesy, but after he read the messages I think he likes the idea. I am glad I decided to do it. Mica's Kindergarten teacher is retiring this year. It will be good to look back on. I don't know about you, but I remember all my elementary teacher's names because they had me all year long. In upper grades you have gobs of teachers. Not as many stand out when you get older.

Mica's teacher did send a note home. She wants us to write our kid a encouraging note. Each child gets to read their note before they take their important standardized test. That's a good idea to.
Posted by An Apel a Day at 2:25 PM

I remember when I was in Girl Scout camp, there was a biter there. She would just go up and bite a kid at random. When she headed my way, I told her if she bit me I would bite her back. She was afraid of me and stayed away.

Having kids in school puts a lot of pressure on the parents. I'm glad mine are long since past that age.

Ya, there is some sort of underlying issue with that girl. At 8 or 9 years old, she should not be biting - and hug tag? Not at school!

Yikes! Glad he didn't get an infection from that bite. Glad you reported the issue so they can watch her a little more closely!

WOW- BITING IN THIRD GRADE? ODD...
I love the signing book idea, we started that with Broxton in K3 - I plan on doing it as a graduation gift....
The note idea is AWESOME, I know so many kids get scared, this would be great to help them :)

That is a good idea about the book and the note. And I've reported the biter too. My son had someone push his head into a window and it left a scratch. No one saw it, the kid wasn't being 'mean' and I still reported it. Like you said it's important to have a record.