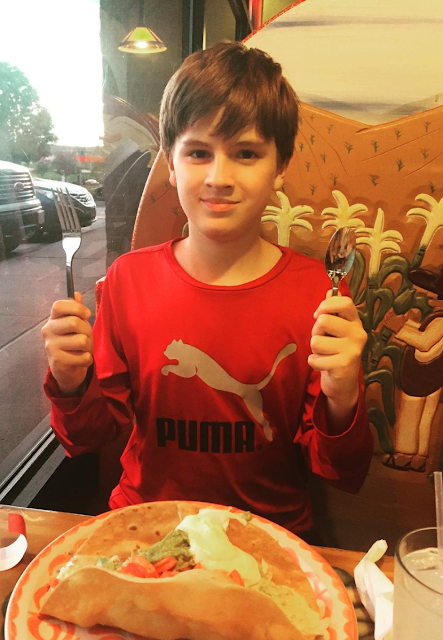 Sounds like the kids were getting scared straight. I do think the cashier should have kept quiet about the whole thing though since it was obviously under control.

I wouldn't have liked to see the child with his face on the ground. Nope. I went to a school once that had mats outside of the doors so teachers could wrestle the kids to the ground if they had to (alternative school). I thought that was scary too.

I see police officers at Walmart all of the time and I always guess its because someone is stealing. They must take them in a room though (if thats why they are there) because I never see the people.

I hate watching when kids are getting in trouble. It makes me sad. One, I feel like if the parents were around more, it could be avoided... Two, normally the adults doing the punishing don't know how to handle it. SO sad.

I can not WAIT to see your owl. (We love them, that is the theme in Savannah's room!)

I worked at a state park one summer on a senior citizen work program. Kids from Atlanta would come in and steal the ice cream, fancy one's that cost 4 or 5 dollars each. We were told if we caught the kid doing that to just let it slide, not to say anything. I am not sure why. If I caught any kids stealing I made their parents come down and get them, or I would walk them up to the cabin or campsite if I couldn't contact the parents on their cell phones. There were a lot of rules at the park I did not comply with because they were asinine.

I'm not sure why kids pick up ethnic slang, but they sure do these days.

I like the art work. It's calming. I rented a beach cabin at Tybee once, and the night I checked in there was a terrific storm, with heavy rain and lightning, and palm trees swaying outside. I sat in the dark and watched it over the ocean through the big window. Your picture reminds me of that.

That is terrible about the shoplifting :-(

I have seen similar scene of shoplifting here in NYC. Not a pretty sight indeed