We woke up just like any other day. Travis went outside, and noticed a rock was off our trash can. He puts the trash in the can upside down, and puts a big rock on the can to keep animals from getting into our trash. 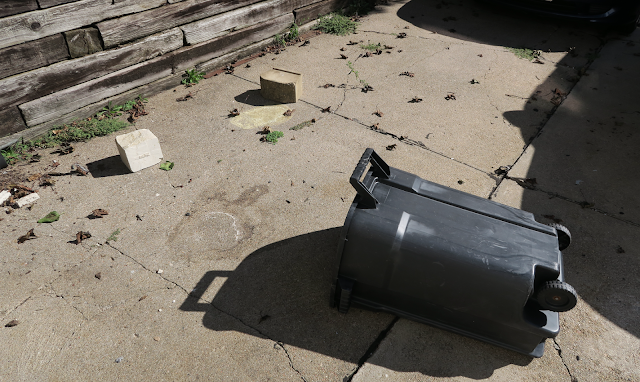 Our trash was elsewhere. 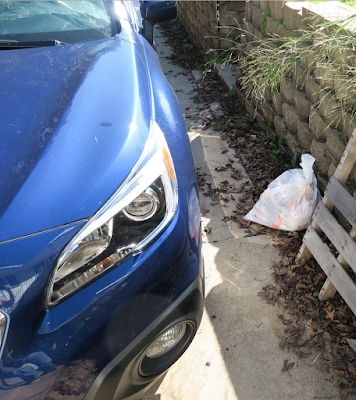 He knew it wasn't a wild animal because the trash was still in tact.

Then he saw this: 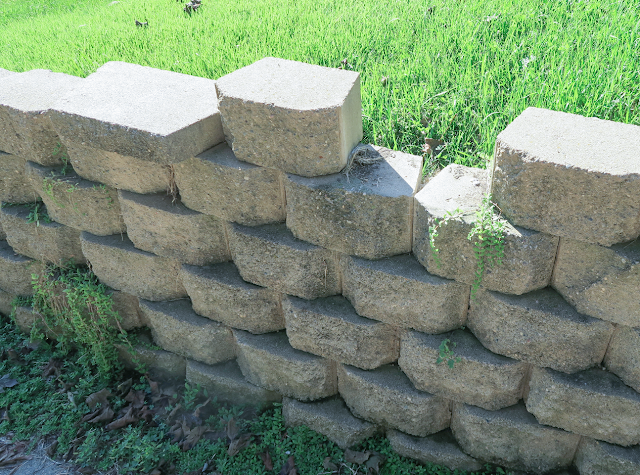 The block was put by our trash can, which is clear across our driveway.

Next he noticed his windshield wiper was twisted, and I had one that's entirely gone! 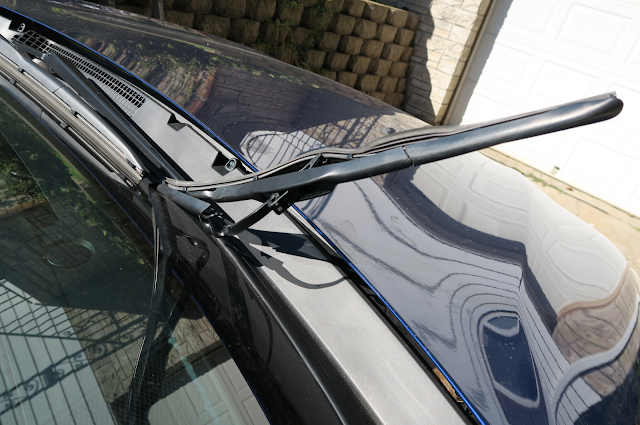 Next he noticed our mailbox flag was twisted, and our neighbor's mail was all ripped in pieces. 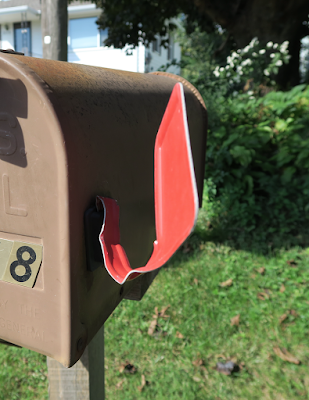 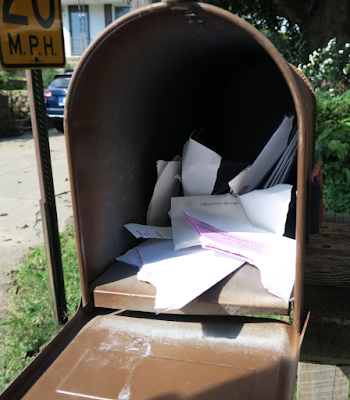 The mailboxes are connected.

Later I learned that a neighbor down the street had a rubber snake put in their mailbox, and another neighbor had something else happen to them.

We still have to get new windshield wipers. My poor neighbor had a certificate of something their son did (award wise) in the military. It's all ripped up.

We called it into the police, but we don't know when or if we'll hear anything. I also reported it to a neighborhood site call Next Door.

Have you ever been vandalized?
Posted by An Apel a Day at 10:14 AM

That stinks. Sounds like a bunch of kids need a lot more constructive things to do.

They could try to get prints off the flag or the wiper.... messing with the mail is a felony, right?

I don't know if it's an option for you, but I'd invest in a security camera. We have about 6 around our house and all the neighborhood kids know that they are there. We've never had any issues. Well, one kid stole one of my decorative Easter eggs, but when Allison told him we saw him on our cameras stealing it and throwing it in the neighbor's yard, he apologized. Sorry you and your neighbors have to clean up after those jerks!

Kids up to no good. I bet they get busted at some point. You can get driveway alarms pretty cheaply - that would alert you if someone was headed your way. Some solar motion sensor lights might help too, if the issue was happening at night. I've seen those around $20.

Oh my gosh! That's terrible! I'm so sorry that happened to you. :( That happened to my parents when I was a kid, but we knew who it was and knew that it was targeted. I hope your neighbors can get the certificate reprinted. :( And I hope the police catch the person who did this, or, at the very least, this doesn't happen again. Glad nothing (aside from the windshield wipers and mailbox flag) was broken; they could have done a lot more damage.

that is too bad it takes someone low to do something like this. people work hard to get their place looking good and then someone comes along and does that it just is not fair
so sorry this happened to you.
stopping by from annies home http://shopannies.blogspot.com

I'm so sorry to hear that. It irritates me to no end that people treat other people's property like that.