The boys are in quite a few camps throughout the summer:

Some camps around here are less expensive than daycare + more fun. Camps can be written off on taxes like daycare can be.

I don't mean to sound negative, but...

I can't say we'll do it again. It's sad because my kids loved it in the past. Isaak's teacher did do well. It just seemed too all over the place this year; with no solid plans.

Isaak's class acted out the story from the book, The Jolly Postman or Other People's Letters. 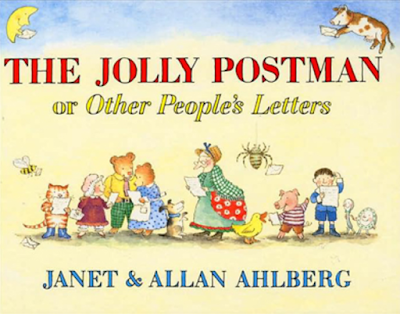 Isaak was the bear in the story. He was all excited about it! He got this mask: 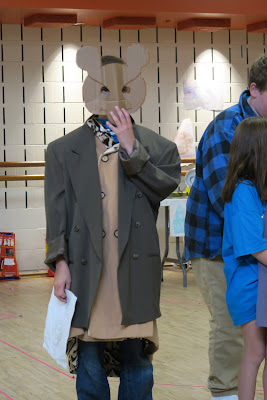 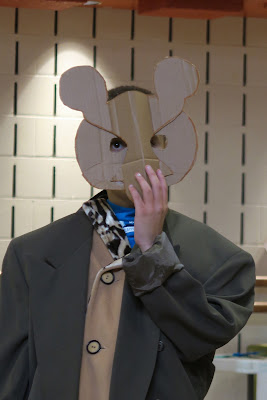 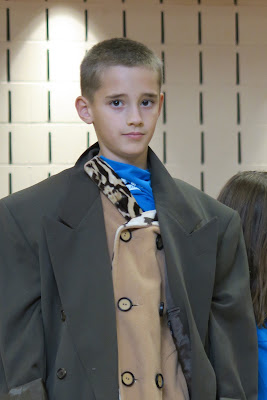 Then his class made shadow puppets. They acted out fairytales. This was The Gingerbread Man. They did the voices behind the puppets as well. 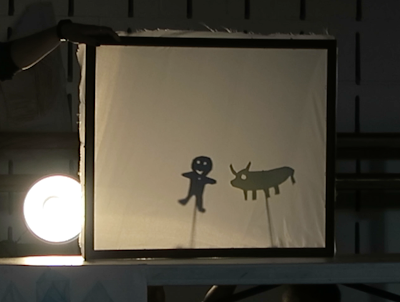 I went up some steps to peek in on Mica's group. They were just playing acting games, but didn't really perform anything.

This is really the best photo I could get, since I had 2 kids in different spots. I didn't get a good seat. 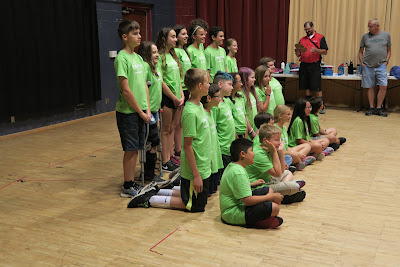 My parents did say that Mica acted out his exercise really well. I was hoping for more. I think all of us were.

I took photos of the boys with their theater shirts on at The KANEKO Museum that night. 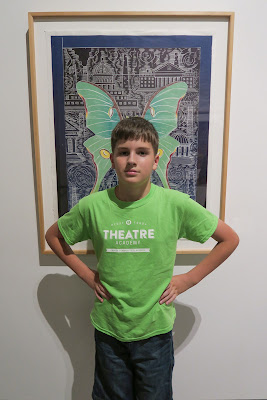 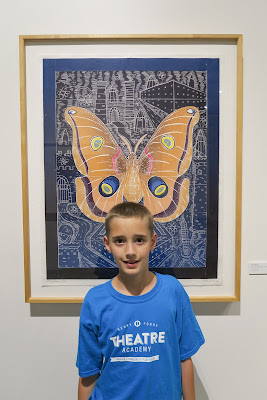 Have you ever been disappointed in something you were once happy with?
Posted by An Apel a Day at 4:20 PM

I love how busy you keep the boys during summer. Camps are so much better than daycare. Our community center offers day camp and it is so overrun with kids, but that's a good thing because they are having fun instead of being cooped up indoors all day.

We aren't very big on camps here and those available are usually pretty expensive. Lil Pumpkin has been going for some workshops though and the next few days will be trying out aerial yoga hahahaha... hope she likes it!

@Theresa Hummel Day Camp and a few others are through the community center. Yes sign up is stressful! So many kids for sure!

@Ai there are workshops here. There was a band one for Mica, but with work schedules it's hard to take him for a few hour thing. All day camps are so much easier.

That camp sounds awesome. I love that the boys were encouraged to step outside their comfort zones and learn something new, That's really disappointing that it was so badly organized, though. I understand keeping them out next year. :(