Mica had his last day of Elementary School a week and a half ago. I think it's so odd that we make such a big deal out of kids ending preschool, which is only a year or two, but we don't for elementary that's five or six years. I'm not saying that Elementary School should have caps and gowns, but why do many of our preschools?

Anyhow Mica will be moving on up to middle school next year. He'll be bussed for the first time. Many of his fellow classmates are going to different middle schools. An old chapter ended, and a new chapter is soon to begin.

Mica and his teacher Mrs. Hume: 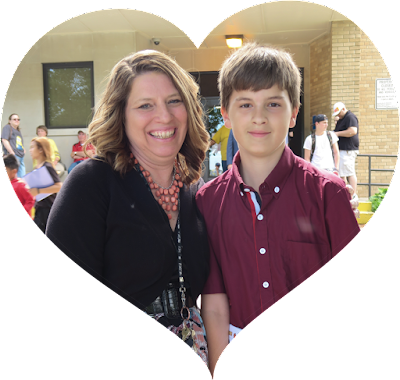 I admit that I did tear up when they kept calling Mica's name off for different things:
I was holding my composer just fine, until Mr. Miller asked for the box of tissues because he just couldn't hold his tears back any longer. 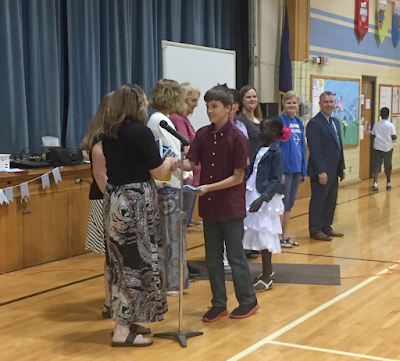 I handed Mica his book that I had all his teacher's sign. I only wish that I would have thought to have his PE, art, music, councilor and technology teachers sign it. Oh well. All his main teacher's signed it. 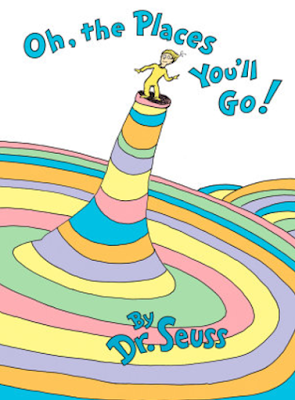 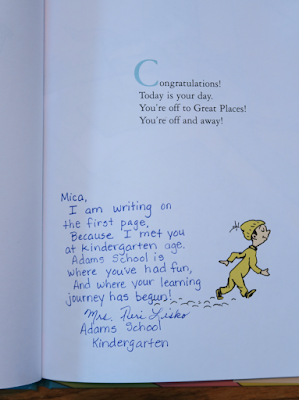 My little boy started out at this school as a shy Kindergartener: 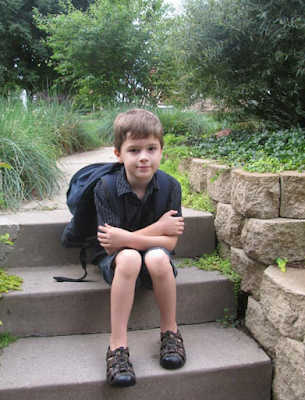 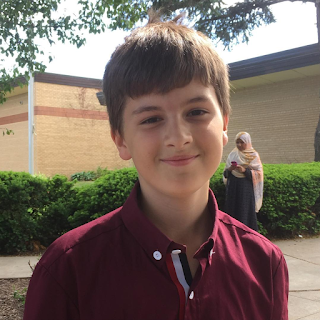 I know awards are just pieces of paper, but they do make me proud: 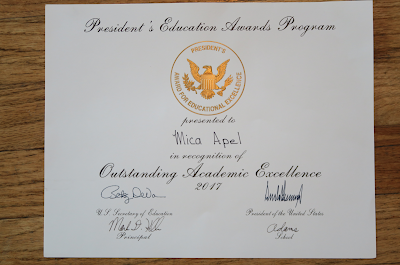 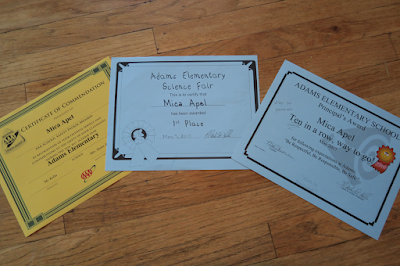 I'm sure those awards are more than just paper to Mica. They have helped him to grow, create goals and achieve them, and become more confident! He'll do great in sixth grade! (Though I don't blame you for being a little weepy!)

Thanks for hosting and good luck to him in middle school. Seems like he is on his way.

Awards are positive re-enforcers that are good for everyone.

Congrats Mica!!!
I know you guys are all so proud!!!
Our Elementary school does a big deal for 5th grade. They go on a special field trip, have 5th grade day, have a special dance during the day, have a graduation and so much more.
It was so exciting!

Way to go on all of the awards Mica! You're doing great, kid!

A very well done to Mica and good luck for his move to middle school :-)

Congrats to Mica! He will do great in middle school - so many new adventures ahead. The do grow up so fast, don't they?

Now you had a lot of awww with all these wonderful achievements. I know you're proud and you have every right to be.

Thanks for joining Awww Mondays. You're most welcome.

Have a fabulous day. ☺

Those awards are important. They're a concrete, visible acknowledgement of his achievements. That kind of thing is important to a person. Awards demonstrate a persons accomplishments to their peers.

“A soldier will fight long and hard for a bit of colored ribbon”
15 July 1815. To the captain of HMS Bellerophon.

Going on to Middle School is a big step. There are a whole new series of things to deal with, life is more complex, both for the kid and the parents.

Congratulations to Mica and the proud mom. You've both done well.

It sounds like you have a lot to be proud of! Congrats to you and Mica!

It's amazing how quickly it goes, eh? My oldest is creeping up on 17, and has been in college for over two years. That was weird enough, but when my second child started into teenagedom, wow. Why do they have to grow up?

Congrats to Mica and to you.