Aim for the Stars

I feel so behind in blogging about the kids.

The week I had surgery Mica had camp at the university here. The camp is called Aim for the Stars. My sister and I enrolled Mica and his cousin Evan at the same time for their Astronomy class. 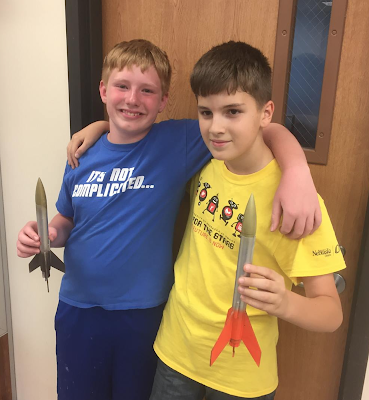 They are super organized! If all schools could have a drop off and pick up system like this camp does every mom and dad would be happy.

It was nice that Mica and Isaak got a break from one another.

Travis dropped the boys off in the morning, and my sister picked them up in the evening.

They did a lot of things, but talked mostly about the solar eclipse coming up, and their rockets that they got to launch.

This camp has a family night on Thursday. I went knowing that I'd have to get up early for surgery the next day. We were expecting to stay extra late that night because Mica's class was going to go star gazing. Mica said to his camp councilor, "Ummm I don't know how my parents are going to feel about this. They are pretty strict about my bedtime." LOL We  have them go to bed between 8 and 9 in the summers because we work, so they have to get up with the chickens with us. Every Saturday they stay up past 11 with their leadership camp. It's not like they never stay up late. Well they ended up canceling the star gazing due to thunderstorm warnings. I wasn't the least bit sad.

We did have a choice that night: Go to their planetarium to see a show about the solar eclipse, or go to a science show. We opted for the science show, since we've always picked the planetarium. It was a good choice! The scientist was older, had a ton of history stories, and tied it into science. The kids were very engaged. 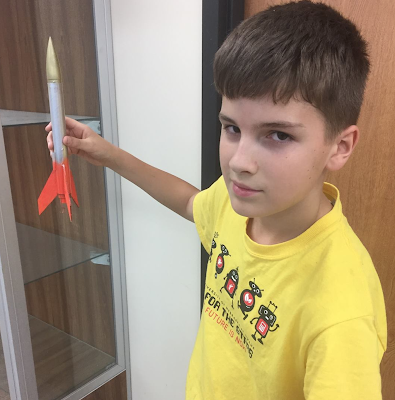 Mica got to pick out a few things at their gift shop with a coupon the camp gives. He picked out a slinky and pink slime. The next day he applied pink slime to his jean shorts. Just so you know if you ever need to get slime off of clothing, soak it in vinegar.

The following week after my surgery it was Isaak's turn to go to Aim for the Stars with his cousin Elijah. They had NXT Engineering. So they made robots, programed them, and had them do things. 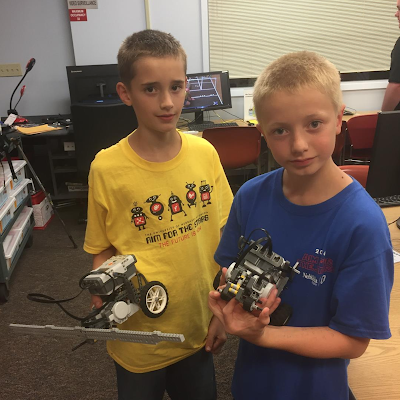 Isaak was super excited about his camp. Even more so than Mica. Maybe it's his age. His partner in making his robot was his cousin Elijah. They had Mica and Evan drawing up ways to make their robots move faster on paper, then were testing those ways out in class.

Everything was going great. Then all the sudden the camp had the kids switch partners. Isaak got a kid that was bossy. He missed having his cousin as a partner. That was the only flaw of the week.

That Thursday night became my first big outing. I don't even think I put on actual clothes until then. Ha! Isaak was so excited to show us everything, so it was good I went. 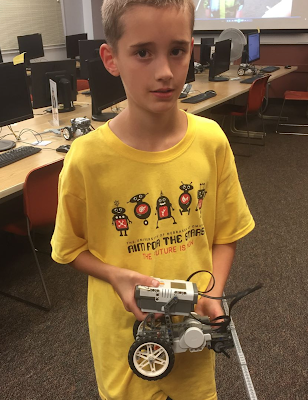 Isaak picked out this rock with his Aim for the Stars coupon. He was super protective of it. I tried shoving it in his lunch box, so everything was together. Isaak took it out, and carried it. 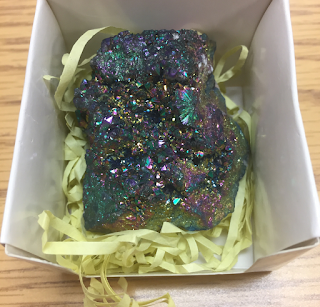 Did you go to camp when you were younger?
Posted by An Apel a Day at 2:46 PM

That's fun that they both got a chance to go. It's nice that they have cousins to go with too!! Glad you got to go to them both. I haven't gone to camp, but my son is in a day camp now and he likes it. My daughter has done the YMCA camps. She liked those too.

Sounds like they both had fun! I used to go to church camp when I was little and had a lot of fun. Our camps are super expensive here, so I have never sent my girls to any of them.