I've quickly realized that I can't get a lot done during these days off. I have both boys with me this week, and taking a shower seems like a task in its self.

That was to go to The Bookworm.

I had a roommate in college that married a guy (he also went to college with us). Anyhow they both worked at Hallmark, and he just wrote and illustrated his first or second graphic novel called Time Shifters with Scholastic. He came from KC to Omaha to sign books. Of course knowing that I was off work I wanted to go buy his book, and get it signed.

On any normal day it would be easy to trot over to a local bookstore to get a book signed.

Remember taking a shower is a task in my mind.

Here's how my day really went:

This is when the bad thing happened. A wool dryer ball was in the basket. It flipped out of a shirt, and rolled onto the floor. I said, "Mica can you please get that dryer ball for me." He went to throw it into the basket, which instead hit my upcycled nose that I just had surgery on - straight on.

I started to cry uncontrollably. It just hit that part of my nose that brought tears on. I snapped big time. I know he didn't mean it. Time and time again I've told him not to throw ice packs at me. Just hand them to me!

After getting after him with tears flowing down my face he started to cry. Again I know he didn't mean it. He's just so unaware of how big he is, and how awkward his throwing skills are.

After getting over that, which took awhile. Boy did it sting! I tried to be positive.

I thought...I'm feeling pretty good today I'll text my sister to see if she can meet me at The Bookworm. It was right by her house. Of course her son that has special needs had physical therapy, I was taken wrong, and all the sudden I was taking my two year old nephew Edison with us. Oh boy did I not want to deal with a car seat!

I got there and said to the older two that are the same ages as my son's, "Hey do you guys want to go?" My boys along with the cousins their ages walked to the bookstore with Edison in an umbrella stroller, while I drove slowly to watch them. Ha! The car was moving like a snail through a residential area! Luckily the bookstore is close. Not close enough for me to feel really motivated to walk there after having surgery though.

We picked up 2 books that are now signed: 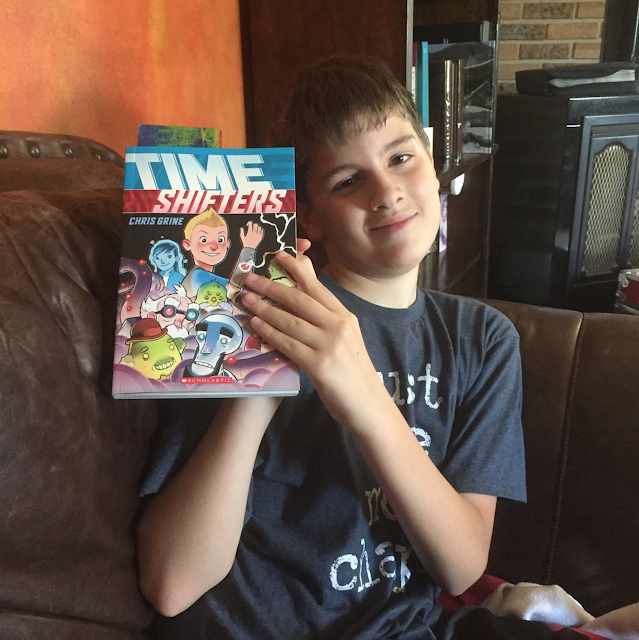 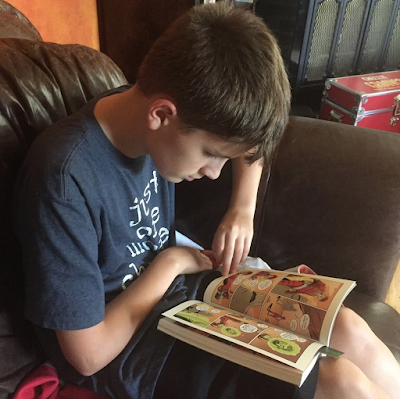 I thought about getting Edison a children's book by a different author/illustrator, but he's 2. He was just excited to get all the free Scholastic stuff. 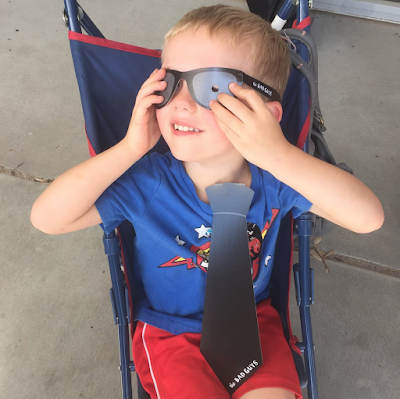 Even I like the free stuff! We got paper masks, glasses, stickers, button pins, and the boys got to spin a wheel to get a free something or rather. All of them won a Harry Potter poster except one that won a journal. 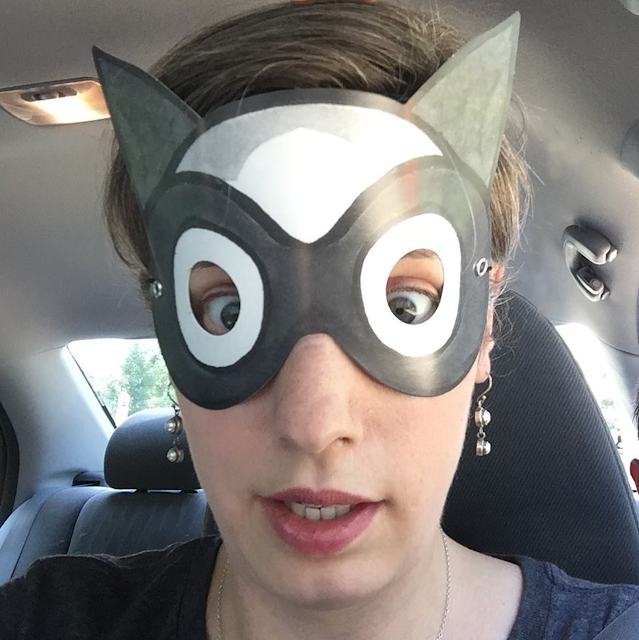 Two boys rode back with me, while the others walked back. Did I mention it's hot here? It's good for them!

My oldest nephew Evan said in regards to my nephew Elijah that's Isaak's age, "You know it's good Elijah's walking. He needs the exercise. He's been eating so much! He hardly plays basketball right now." I was cracking up inside. Elijah's really pretty skinny!

I came home and wanted to crash, but instead we went out to dinner.

I think today made up for yesterday where I slept off and on all day, and never got out of my pjs.

What a day! I still have to go to the office and meetings are continuing! No mercy at the UN LOL

I didn't do anything that adventurous. I'm sure sorry about the ball hitting you in the nose. That must have been really upsetting for both of you. I am lucky, I don't have to deal with much of anything these days, just walk at the park and potter around up here on the mountain top.

I am sure that dryer ball hurt! My niece (9 years old) thought it would be funny to pinch Jason's nose closed because he was snoring. He caught himself before snapping on her, but I know it really hurt him for days afterwards. Kids just don't realize the damage they can do sometimes.

Theresa I can barely touch my nose. I couldn't imagine it being pinched. Ouch!

Even after a few months post surgery, it's still sensitive. Sadly, his snoring never went away (the whole reason he had the surgery) so he has one of those breathing machines to use at night.

@Theresa I have a mouth guard for grinding. Thankfully Travis works in a dental lab, so I've had a handful of them throughout time. I've always been a noisy sleeper! I'm sure this surgery will help a bit. It may not totally eliminate my noises.

Wow. I feel for you having to deal with all of those kids on a day when you weren't feeling your best. Looks like y'all had fun anyway, though. Love the cat mask! And your nephew looks adorable with his glasses and tie!!