In Branson we got tickets to see Hamners' Unbelievable Magic and Variety Show. When we sat down they asked if Isaak would like to come up on stage? When they mentioned that he'd get a prize pack he was all excited.

We watched the show. The boys seemed like they really enjoyed it! They made birds and money appear out of nowhere.

They had a special guest that was a performer for Cirque Du Soleil. He was a hoop artist. They had singers, a ribbon dancer and more. It was really pretty fun and visually stimulating.

All the sudden Travis got up with Isaak and said he needed to go to the bathroom. Soon after one of the Hamner's came to get Isaak to go up on stage.

I didn't know what to do so I said, "He had to go to the bathroom. Take him. I pointed at Mica. Mr. I Don't Get To Do Anything was up on stage in replace of the boy they picked. I was heartbroken for Isaak. I knew he'd get back, and see his brother on stage. I wished during that time I could pause time.

While Mica was "floating" in air. Isaak got back. Tears flooded his eyes. Travis took him back out to talk. We agreed that Isaak would get the merchandise that they handed off to Mica, since Isaak was the one they chose. 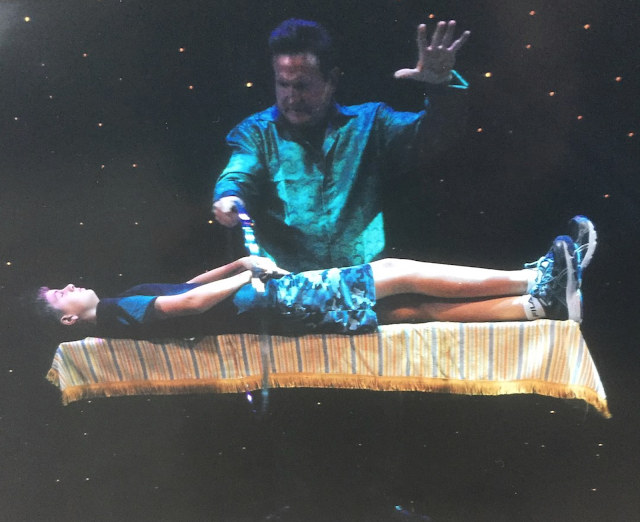 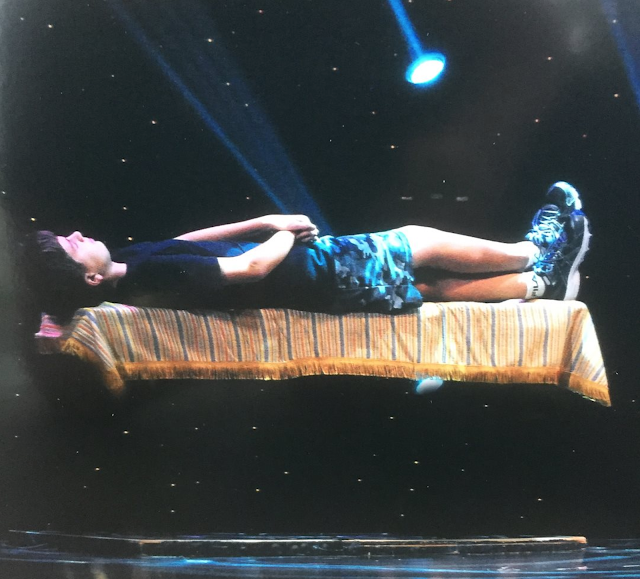 I did pay $20 for photos of Mica floating in air. It was pretty cool.

Isaak opted to sleep with Dad that night. After their talk they bonded more. I think Isaak wanted to be anywhere - except next to Mica. I explained to him that I didn't know what to do, they couldn't exactly stop the show. Isaak said, "They should have." There you have it...Isaak wished they could have paused time for him too. 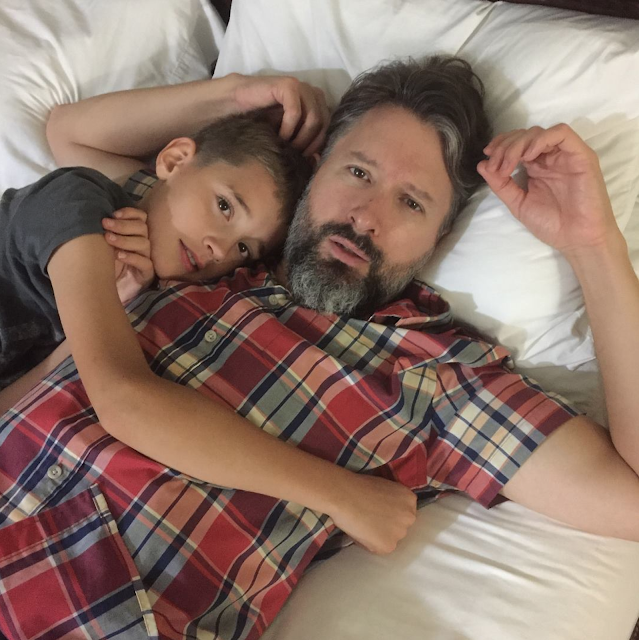 Poor Isaak :( What a disappointment for him! Hopefully he'll have more amazing opportunities come his way soon.

Gosh. That was really a tough situation. You did what had to be done though, it was the logical thing to do. I feel for you, I know what a heart ache that kind of thing is with kids.

Oh Isaak...hope he will get another chance.I can imagine how cool it is to be floating in the air

Awe,
I hate that... I know it was sad for him, but I have to admit it is sweet he wanted to bond more with daddy that night....
Pretty cool pic though.