He kept a food journal for 4 weeks.

2 weeks he had doughnuts for breakfast, a sugary smoothie, and a Whopper meal from Burger King for dinner. We couldn't control lunch as much. He gained 10 pounds, felt awful, was moody, was gassy, and sluggish. He even had to apologize to a girl in his math class because he kept tooting her way. This is unlike Mica.

2 weeks following he ate a vegetarian diet, with low carbs. Lots of salads with homemade dressing. He lost 12 pounds, felt "on top of the world" his words - not mine, was not moody, and more alert. We really couldn't believe the difference just 2 weeks made!

It's been awhile, and the school finally announced the winners! This is with all 5th, 6th, 7th, and 8th graders. Mica won! It's a pretty big honor considering that it's a Science Magnet school. 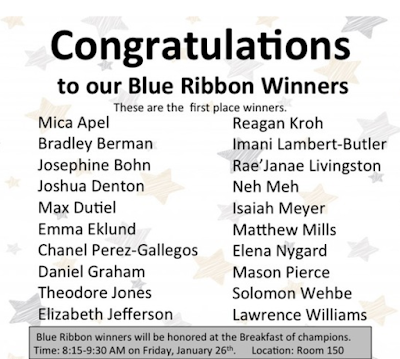 He got a special breakfast that Travis (Dad) attended. I wish I could have gone, but I taught that day. 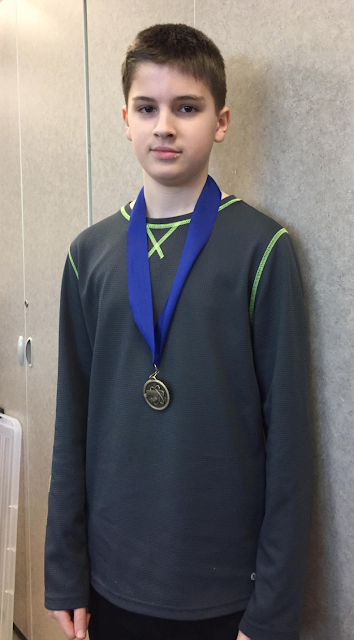 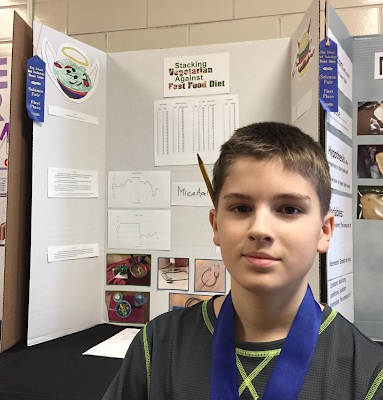 Have a tanfastic week :-)

Very cool. Great job by him. Thanks for hosting and I hope you have a wonderful week.

He has grown so big and handsome too!

Congrats! I always loved science fairs as a kid.

Great job, Mica! Happy to see how excited he is with science!

Way to go on the win! I think this was a great science fair idea. I'm sure all that bad food was tasty going down, but he's right. You always feel crummy afterwards.

That's a big deal. Congrats to him on the win! I love that he was willing to try both sides of the food fence.

Congrats!!! That is so great, I know you guys are so proud of him.
What a great project to do and learn/ share about!