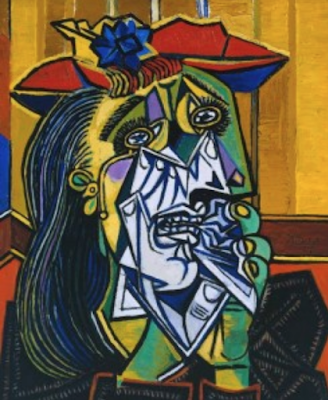 She was saying that it was Clinton's fault for setting up the immigration laws that are in place, and now liberals are mad at Trump. I was saying, It doesn't matter who's fault it is. We need to stop pointing fingers, and calling people names. I don't have all the answers, except that when we point fingers we piss each other off. We should start thinking of solutions, rather than pointing blame. Not all Republicans and Democrats feel the same way.

All the sudden I was a liberal Democrat to everyone in the thread. I actually detest most politicians, and don't really put myself in one category. I have friends that are both Democrats and other friends that are Republicans. By trying to be neutral I was the enemy.

I'm for keeping families together. I'm against the crime that happens on the edge of the borders. I know it's hard to solve both problems. I feel like something can be done. So a small thread turned into a few calling me unpatriotic, against our leader, what's wrong with our country and more. I'm still annoyed. I try my best not to comment on political posts, but dang it I was just trying to be neutral.

I should just be glad that my co-worker that liked to get into political talks quit a few years ago. It was horrible every single day!


I never realized how much Fred Roger's tried to tackle. I was just a kid, watching his show. The baby pool you see below in the preview for the video was all about blacks not sharing a swimming pool with whites. He invited his neighbor over to cool his feet with him. Then he ended with, "I like you just the way you are!"


Fred Rogers would be so disgusted with how things are today. The fighting, name calling, pointing fingers and more. My goodness I think I know where Isaak gets his sensitive side, and wanting everyone to get along, it's me. Yikes! I feel crushed lately.

I try to stay out of politics too. It just brings out the ugly in most people. My sister in law got pissy with Jason and I for who we voted for. I asked her if she even bothered to vote and she said no. I think there are good and bad qualities in both parties and we definitely need an overhaul in many areas, but if you can't take 20 minutes to run to your polling station and cast a vote, don't you dare point fingers at me and get pissy because laws are being made that you don't like.

I love Mr. Rogers and wish we had more people in this world like him. He was a man of integrity and one who was wonderful at uniting people.

The world would be a better place if they exhibited even half of Fred Rogers characteristics.
I don't talk politics and I think they're all crooked in one way or another.