Meet Bill - I've talked about him before, but it's been awhile. You may have forgotten. My friend Mark swears I have a crush on him because I talk about Bill every once in awhile. He's been our weather man here, since I was a kid. 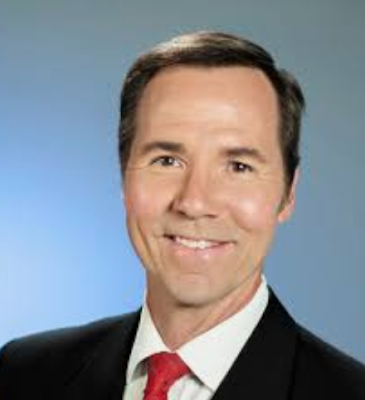 I like our weather man Bill Randby. He says the word, "Spectacular" way too much. A radio guy sent him a letter about it. When he does an afternoon weather report on facebook I try to jump on to say, "It's Spectacular out there Bill!" He reads the comments live, so I chuckle every time.

I always thought he looked like an old claymation character from a churchy show when I was a kid. I finally broke down, and searched for this image below... 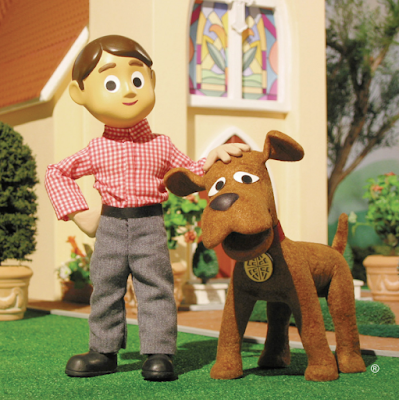 The show is pretty disturbing. It's very indoctrinating. If you like to tell your kids how to think, and be this may be the show for your family. There's a few old shows on YouTube. The show is called Davey and Goliath. It's certainly not for my kids, but my Mom must of thought it was perfect for me. I still love her, so if you let your kids watch it, I'll still like you. I have to admit I was cracking up, with my mouth wide open when I watched an episode recently.
Posted by An Apel a Day at 4:04 PM

I have never heard of this show, but I guess that's a good thing because I do want my girls to think for themselves. Funny thing is, they pretty much go against everything Jason and I believe in, but that's okay. We still love them and they still love us.

@Theresa - My mom wasn't too happy when we didn't baptize Mica and Isaak. We want them to make that decision themselves. It was a huge deal when they were babies! My mom goes to church every Sunday, and my dad doesn't. It's understandable because my grandpa on my dad's side was a Christian Scientist. The grandma that had my dad and the one that raised him both died because they didn't get medical attention that they needed. My dad knows more about the Bible than my mom does.