@Ripleys Believe It or Not! 100 Best Bions #bookreview

I love the the oddities that exist in this world! Ripley's Believe It or Not! just came out with 100 Best Bions. It's filled with believe it or not stories. They are incredibly hard to believe, and undeniable true!

Believe it or not they got the book to me so fast. It's like I agreed to review it, and poof it was on my doorstep. 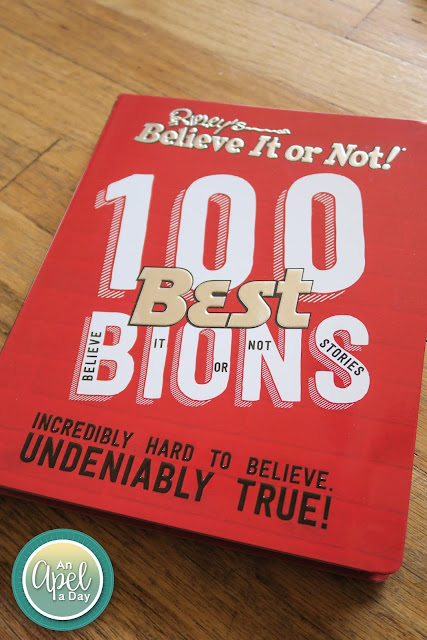 The word Best is printed with a silver foil print.


Just like the title, there are 100 stories to read about!


I picked out some of my favorite pages to share with you.

Patrick Acton of Gladbrook, Iowa is the artist of these amazing creations. I'm drawn to them because I have used toothpicks in my art. I find them fun! 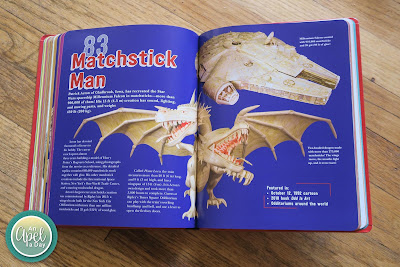 A "Kapala" is a bowl used by Tibetan Buddhists and Indian Hindus in rituals. I'm not big into rituals, but I do love Buddhism philosophy. Skulls are interesting to me , just like masks are. 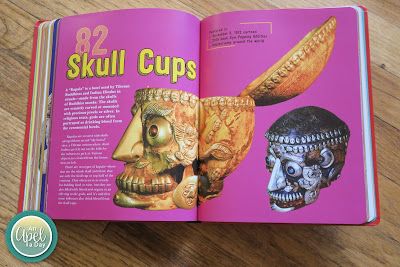 I think I'd pass on going to a festival that has self mutilation. What about you? This festival happens annually in Thailand. 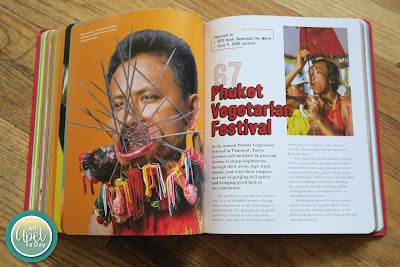 I remember hearing about bound feet when I was a kid. Boy did it look painful! For centuries, upper-class Chinese women would undergo the painful ritual. I've never seen what their actual feet look like. 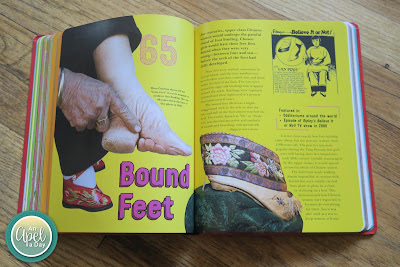 I heard if a tortoise lost it's shell it would in fact die. What if a hippopotamus tusk is sticking through the shell? This tortoise lived for 15 years like this! I think I'm jealous! I could never draw with an Etch-A-Scketch well at all! Could you? George Vlosich can create detailed drawings with one. Each image takes 80 hours to draw using one unbroken line. 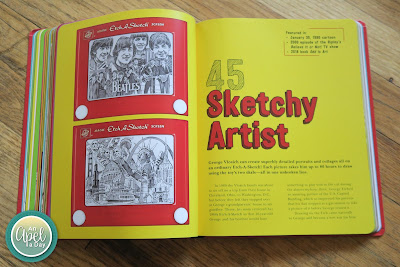 I just saw an article on facebook that goes on and on about how beards and mustaches have more germs than a dog's fur does. Hummm... Possibly it's because some people do not wash their stache! For the record Travis washes his with soap and water.

Could you imagine having an 8 feet, 8 inches wide stache!? That seems a bit crazy. I think I'd have mine braided all the time. 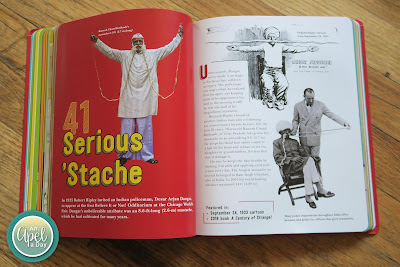 This grabbed by attention because we write lists, and sketch on junk mail all the time. In 1929 alone, Robert Ripley received a million letters, breaking all known records for mail received by one person. Something's telling me he didn't read it all. 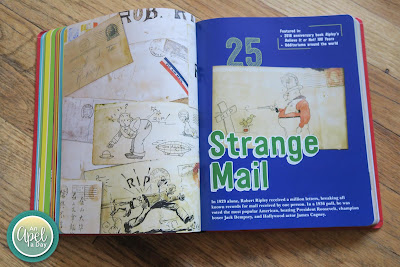 It's true Isaak really has a hard time eating chicken with the bones showing. I wonder what he'd feel about this headless chicken? This bird was meant to die, but he lived. Farmer Lloyd Olsen fed it through an eyedropper. 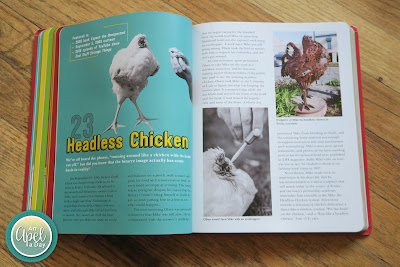 I like creepy faces, so why not like this double eyed guy named Liu Ch'ung? He was born with double pupils. Not his fault. 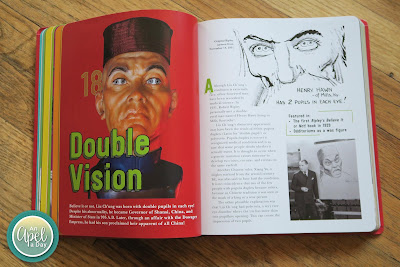 Grace McDaniels was born in 1888 in Iowa, with a birthmark that would define her career.

Do you have any birthmarks? I have a small hole at the top of my ear, I was born with a skin tag on my leg that was removed when I was a baby, and I had the deviated septum. Mica had a cherry red birthmark between his eyebrows (it was fairly light), he had a cyst under his tongue, so the line down his tongue will forever not be straight, and Isaak has a brown birthmark on his spine. 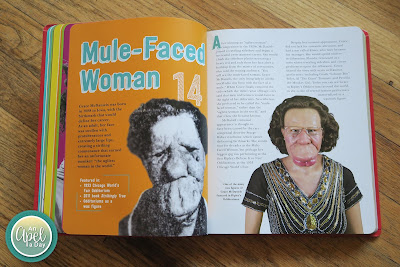 Despite appearances, their necks are not actually stretched. It's their shoulders that have been pushed down. 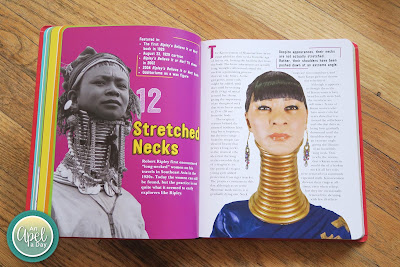 I remember this man from my Ripley's Believe It or Not! book from when I was a kid. I thought...Wow I wish I could do that! 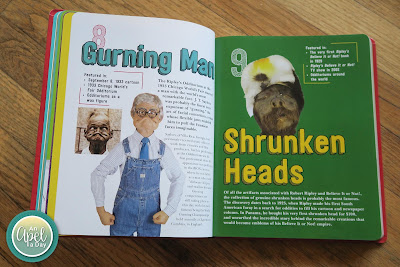 This is so odd! In the University of Lisbon in Portugal, you can see the severed head of a genuine serial killer. Doesn't it give you the creeps? 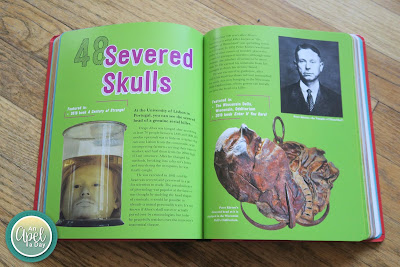 I like that they made a book that's paperback. It doesn't take up as much room as the hardback books.

Do you enjoy oddities?

Disclaimer: I got this book for free in exchange for an honest review. The Ripley's Believe It or Not! team did not tell me what to say in this review.
Posted by An Apel a Day at 4:04 PM

Email ThisBlogThis!Share to TwitterShare to FacebookShare to Pinterest
Labels: Book, oddities, Review, Ripley's Believe It or Not!

What an interesting book! Those bound feet look so painful :( I'm always amazed at how people will drastically alter their bodies like that.

I could barely form a square with an Etch A Sketch, so I am always impressed by people who make such amazing pictures with theirs.

I own a few Ripley books and this one would be nice to have as well. I find that kind of stuff to be interesting.

I am laughing at Theresa. Ditto what she said on the square thing! I took my daughter and youngest to Ripley's museum. It was interesting.