I took the boys out on Easter thinking we'd get good pictures. They wouldn't cooperate, Isaak stepped on something sharp, and I hit a giant rock as I was backing up. The photoshoot wasn't great, but I did get three or four good photos. Some of which I'll post at a later time.

This post is mostly about the awkward photos I got.

Just so you don't think my kids are total jerks I'm going to show you two that I like: 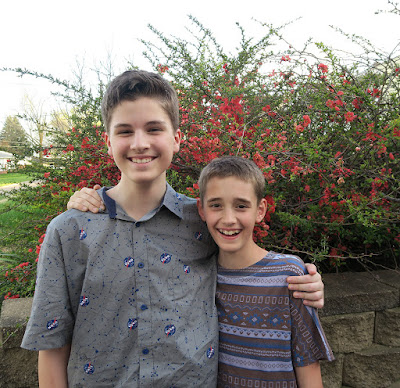 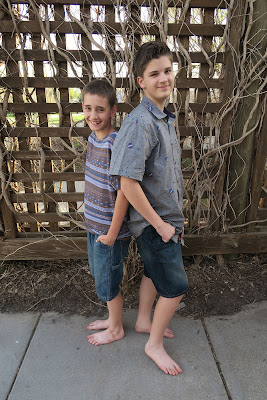 Now for the crazy:


They kept butt bumping.
It's not ideal to put brothers back to back. 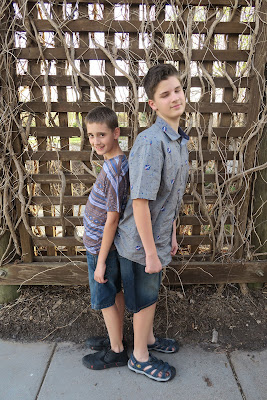 Mica does this face a lot! 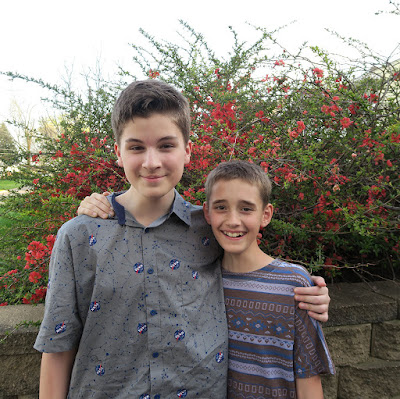 It wasn't my idea to have them sit on each other.
It was theirs. 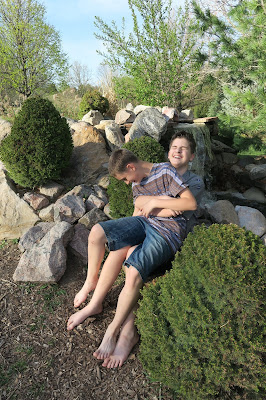 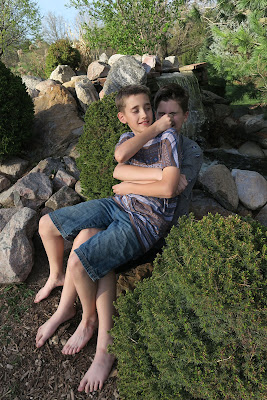 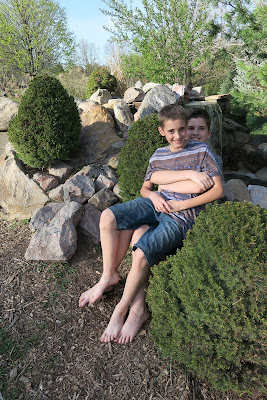 This one wins! I'm like, "Oh that's a great photo! The lighting is good. He looks happy."
Look at his fingers! I was annoyed, then couldn't stop laughing. I promise he doesn't go around flipping people off. Maybe I can crop it. 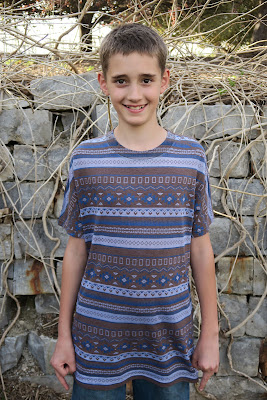 I grew up with sisters. We teased each other, but I don't remember being as crazy as my boys are with photos. Did you grow up with brothers or sisters? Were you goofy like my boys are?

The middle finger photo... bwahahaha! The girls used to be hard to photo because they'd act all goofy. Now, I tell them if they don't cooperate, I don't get blog jobs and that means we don't go on vacation anymore. They've been perfect angels since that talk lol

Haha! what fun photos they seem too enjoy themselves thanks for the smiles :-)

I have 3 sons (all adults now). When they were younger, I took them to a photographer for a Christmas picture. I told the photographer to shoot them fighting, choking each other, etc. It was more realistic than to have them smiling angelically. Best picture ever! Loved seeing the photos of your boys!

How fun. They are having a good time and that's always a good thing. Better than when they are being pills. A fun and happy post.

Thank you for joining the Happy Tuesday Blog Hop.

Have a fabulous Happy Tuesday. ♥

They are cute. My two were even more goofier when they were that age. Thanks for hosting and I hope that you have a wonderful week.

Your boys are adorable! LOL @ the middle finger photo.

Your boys are hysterical & remind me so much of my kids when they were little. Now what would you do with 2 boys & 2 girls just like that??? Only thing is my kids the 2 oldest... girl/boy & 2 youngest boy/girl! Ughhhh awkward!!! So they picked on the younger ones & visa/versa, but all & all you got some nice photos too & crop away Mama... been there/done that!!! hahaha Glad you had a nice Easter!

Boys will be boys! The pics turned out great, even the silly ones.

They are Looking Very Cute.

So that was pretty funny! I have 4 boys and I definitely feel your pain! Thankfully mine usually cooperate but it is very difficult to get all 4 to look my way and smile naturally at the same time. Indiviual shots are much easier for me!
www.chezmireillefashiontravelmom.com

The first one of them sitting on each other is my fave! That's a fun pic. :) I have so many goofy faces when I take pics of the kids that I made a bag with their photos on it, each one giving me a ridiculous face. I hang it on the closet door in the kitchen and put reusable bags in it, so everyone who comes over sees it, lol!

How cute and fun. I took the kids to take pics... and it was so hot, miserable... and then they were complaining... so, we planned to go today,but Savannah is sick, so no go.