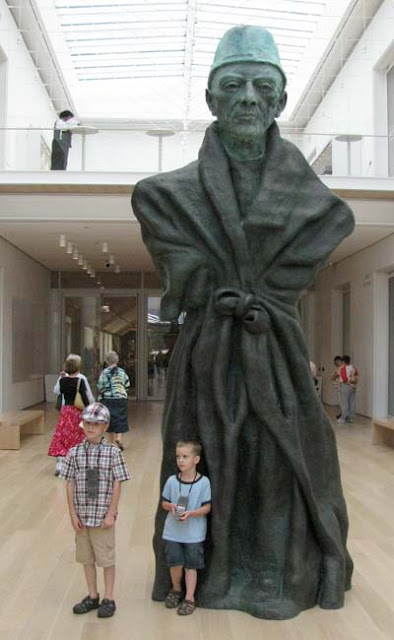 We used to have to hold them back. They did understand that they couldn't be anywhere near the blue pad.

New All Over Again

When we went on the Light Rail Transit in Minneapolis and Saint Paul it was like it was new all over again to them.

They didn't try and out run the train. They were excited though.

Isaak longed to stand. Most of the time Travis said, "Sit your butt down! People only stand if they have to!" 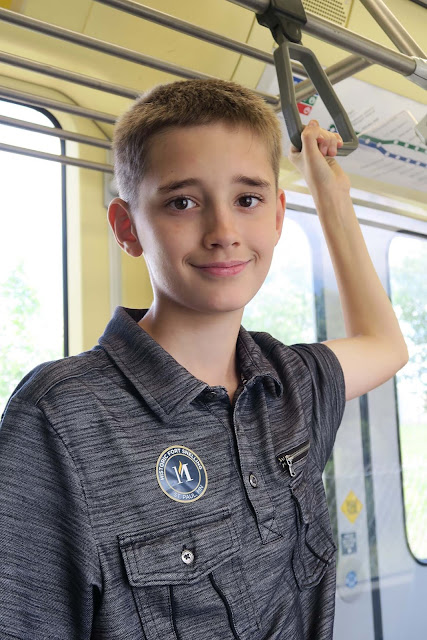 So he sat in the back, as far from us and he could get. 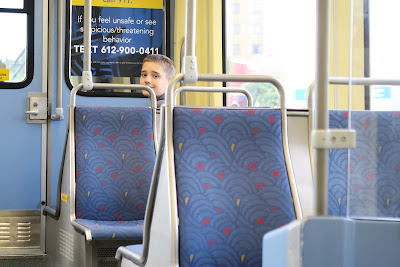 Mica didn't care where he sat, as long as it was away from Isaak. 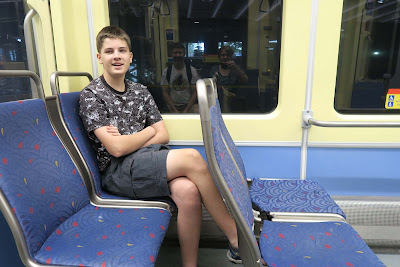 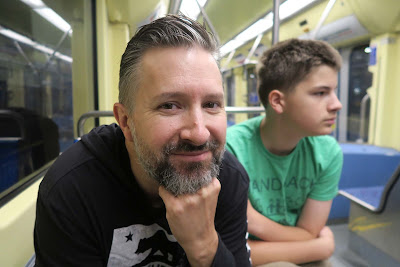 One day we had cheese burgers for breakfast. You kind of do what you have to when you're camping. Food won't keep forever.

We were all sitting around the fire. Travis asks Mica, "Do you want bacon on your cheeseburger?" Mica said, "Yes please." He grabbed the bacon, and put it on top of his cheeseburger bun. Mica's totally an airhead, but super smart in school. We all looked at his cheeseburger with bacon balancing on his bun, and could not stop laughing.

This is them laughing once again about the cheeseburger with balancing bacon. 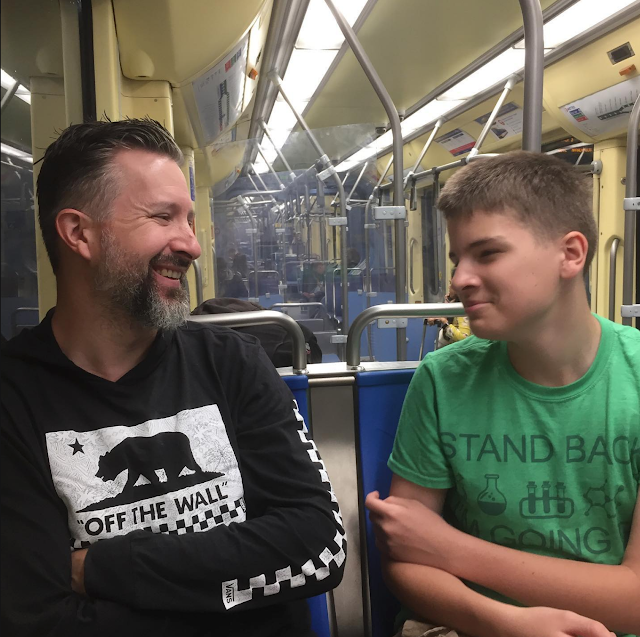 Do you have a subway where you live? We don't have one in Omaha, Nebraska, or in Kansas City, Missouri. I miss being able to hop on them. When I lived in Atlanta, Georgia I only rode busses and Marta - their subway.
Posted by An Apel a Day at 9:56 AM

I can't believe how empty the subway was when you were in MSP! That bacon story is hilarious!

We don't have a subway, and it's funny that I never rode them in Chicago even though we're there several times a year. We did take them MANY times in NY and Boston though!

Mariah usually wants to sit by her dad too, and Allison will always pick me every time. Must be an older kid thing that they prefer dad to mom and the smallest likes mom more?

Aww! So cute you were able to give the boys another experience on the subway! Love the story about the bacon balancing burger! haha! :)