We don't make a huge deal out of Mother's or Father's Day. We make a bigger deal out of birthdays and Christmas.

Last week I had the boys write a card for Daddy. We used candy bars in the card to replace words. You've probably seen it done before. It's not original, but it's the first time we've given Daddy a card like that.

I had Mica write most of it on a scrap paper. I tried having both them write it on a big sheet of paper, but Isaak's handwriting is a little hard to figure out sometimes still. I ended up doing the writing. Then they signed it. We're thinking of going out to dinner; instead of breakfast like we usually do. Then Daddy's boss man gave him movie tickets. We may use them. The sad thing is that everyone was excited to see Man of Steel; I read the ratings and it's for ages 10 and up. It's mostly due to violence. We're trying to stay clear of movies with a lot of violence. I even bought Advengers, and sadly it sits on the shelf. We watched it once, and decided it's too much for our kids.

I don't know if we'll go see something, or not.

Happy Father's Day to all the Dads out there! 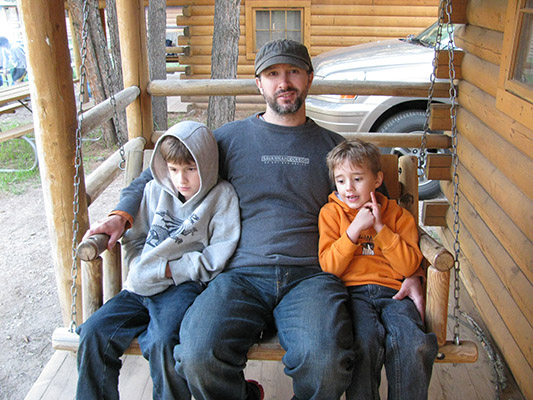 Love that picture. Hope Travis has a great Father's Day!

All your boys are so handsome! Happy Belated Father's Day!

Hope yall had a great Fathers Day!
We actually got to go and let me spend it with my dad and grandad!