Mica has in his mind he's not a good artist. I think it's just because Isaak is creating all the time, and he hears up complimenting Isaak. I do compliment Mica when he does stuff, but he doesn't do things as often as his brother.

Maybe it's just because kids go through stages. They are into art, then into Legos, then into reading... While they are into these things, they don't get into the other thing that they were into before.

Mica just got done learned about rural, suburb and urban life. His is so detailed! 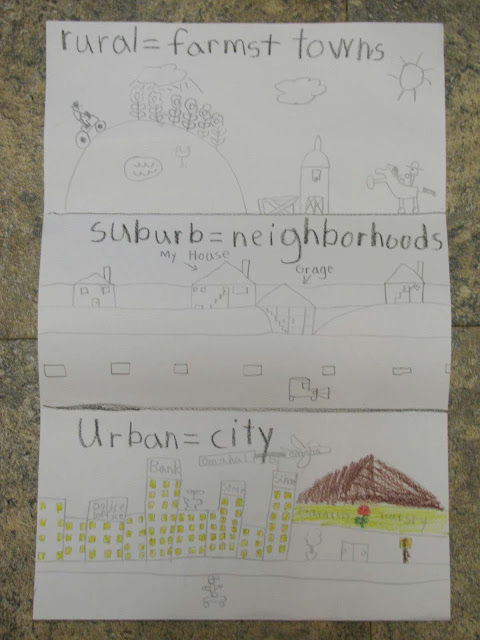 I really like how Mica's art teacher teaches. She shows them a bit of art history. Then they do their own project based on what they saw.

I'm pretty sure this project: 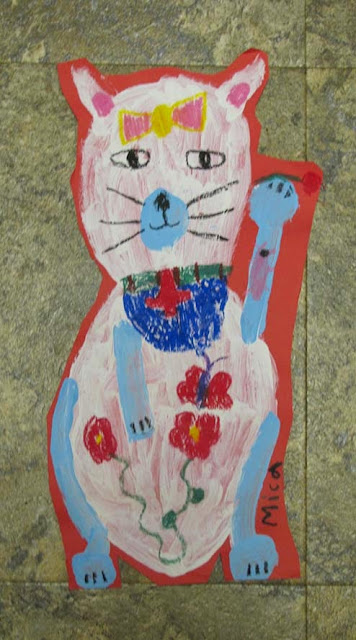 Was Influenced by this Japanese cat:

When he was in Kindergarten he did this self portrait: 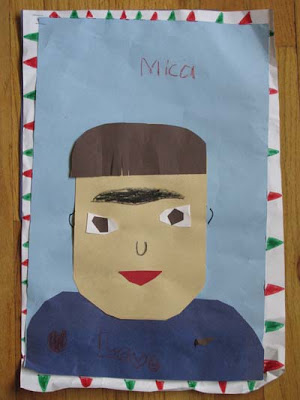 Which I nearly fell off my chair laughing during conferences when I saw it. Ya it was hard going back to a straight face!

He got studying Frida Kahlo:

Mica has his mom's artistic ability, huh? I love the detail on the urban/suburban picture.

The self-portrait is funny!! Did you explain it to the teacher? :)

He is detailed, the work is nice.

My son has always liked to draw. He is about average at it, but it still gives him a lot of pleasure. There are certainly worse hobbies to have. Maybe your boy will stick with it.

OMG the unibrow is awesome.

He does excellent art!

Your boys definitely have some artistic talent! I am loving the self portrait! One of my favorite art pieces on my wall was done by Mariah when she was in Kindergarten.

I love Mica's ART work! The Japanese cat is just adorable and I had to laugh also at Frida Kahlo picture, she is one of my daugher's' favorite artists!
twinkle at optonline dot net

wow I think his art skills are pretty good! love all the pieces..

the Japanese cat is called a "maneki-neko" to call in good fortune / wealth into the home / shop that it's placed in :)

both of your kids are very talented... you are lucky. broxton hates art right now... as in if he is to color, he colors one line (to say he did it) then he says he is done.
yep... my boy :)

I tell you what Alissa... your costume looks very close to the real thing. Great job.