If you've been reading this blog for awhile now, you may know that my boys swim at the Y. We've had ups and downs with swimming lessons in regards to Isaak. Mica's a little older, so he does a non competitive swim team, where they focus on personal speed and stroke skill.

It took me many lessons to convince the head lady that Isaak swims better than where they had him placed. Because of his age, she wouldn't let him move him up. He would have to be in the same lesson for 10, or more times. I thought he'd get bored.

I'm all about challenging my kids if they are doing well. I don't want to push them too much, and have them over whelmed. 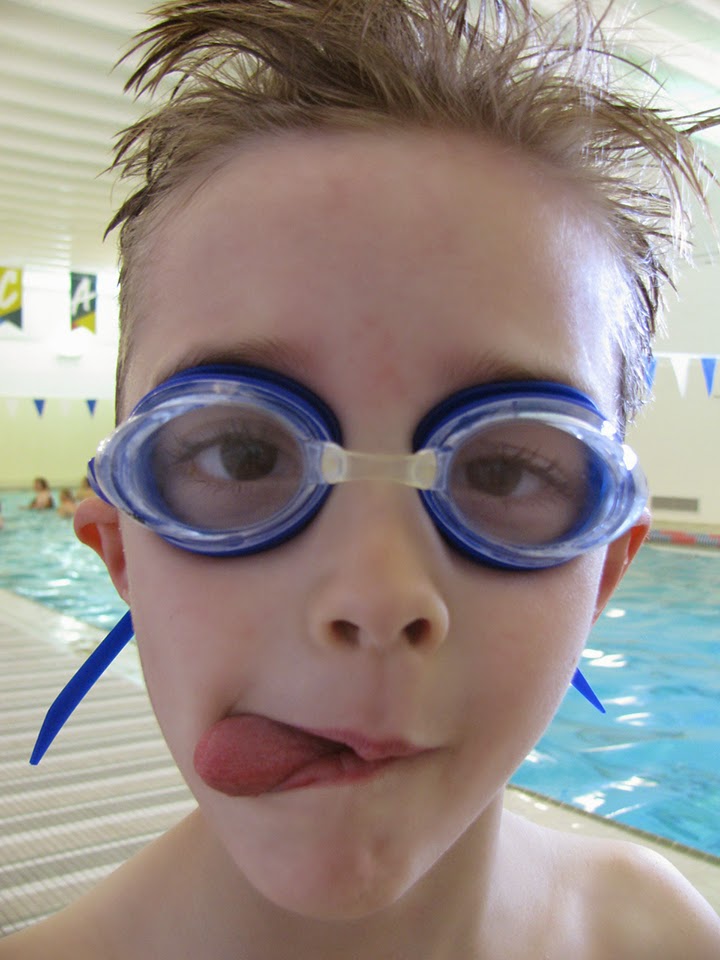 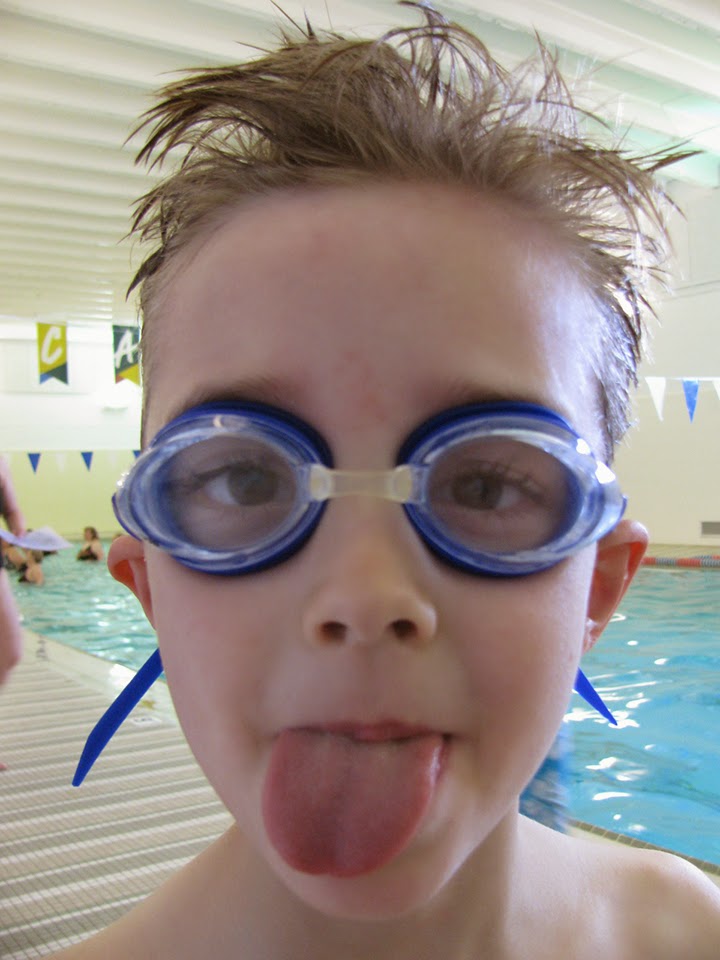 The head lady decided to give the ok for Isaak to move up. The trouble was, is that they moved WAY up, and those kids were doing things that he never learned. He was with 10 year olds, and Isaak's only 5. The next time they bumped him two notches down with kids that are about 7 and 8, and he was still slow, but comfortable. He was challenged, learning, and getting better.

His coach talked with me and said, "Isaak really could move up a notch. He's got the techniques down. His only problem is speed. You see Isaak likes the water so much that he wants to stay in it. He doesn't want to go fast because he knows he'll have to get out of the water."

We bumped Isaak up. I was excited because finally Mica and Isaak were swimming at the same time.

He got in that new swimming group. Most kids in that group are age 9 and 10 again. Here's little Isaak, age 5. His little body gets how to swim, but he can't keep up with the older kids. He was beat at the end of his lesson. There was a big difference from his last lesson to the this one.

I asked Isaak, "Honey which lesson would you like to be in?" I named the coaches to assist in his decision making. I then said, "I want you to feel comfortable with where you are at."

He wanted to go back down a notch with the 7 and 8 year olds. He started last night, and his confidence seemed great! He's been on such a roller coaster ride with swimming lessons. 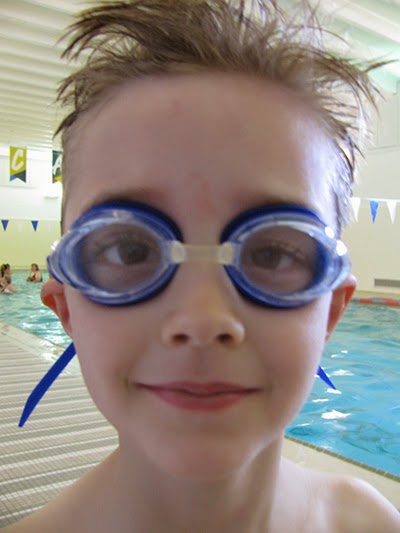 His coach said, "So I have you again Isaak."

I said, "Ya speed wise he can't keep up with the group above this one."

His coach said, "I know you don't want to leave the water Isaak. That's good I guess. Sometimes we have to move things along."

I said, "Do you realize that Isaak's only 5? He'll be 6 soon. I just think his little body isn't ready to go fast."

His coach said, "I didn't know he was that young! He's not even supposed to be in this class until he's 6. Oh well. Isaak does fine with it."

He thought Isaak was 7.

My biggest thing with sports of any kind is that I want my kids to feel happy, and comfortable about doing them. Sure I want the coaches to push them when needed. I don't want them to get discouraged though. They may start hating what they first loved.
Posted by An Apel a Day at 9:35 AM

Way to go!!!!!
I know what you mean about pushing them... enough for a challenge, but not enough to make them hate it...
same here":)

The gymnastics coaches here are always pushing the girls to get to the next level. Allison leaves frustrated from time to time after a row with her instructor wanting her to catch on quicker. It's sad that they want to churn out all champions. I am not paying for my kid to be an Olympic medalist. I just want her to pick up on a skill and have some fun while doing it. Is that too much to ask?

I agree - you want them to be comfortable and that is the most important thing. If you push too hard or too fast, they might relapse and not do well at all.

If he isn't comfortable, he isn't going to want to even go to class. Good for you for having him go back to the 7 and 8 year olds. He is still young for that.

It's so odd to have age-based classes rather than ability. I'm with you on just wanting our kids to be comfortable but challenged, and if that means being in an older group, so be it.