On April Fools Day he sobbed because he couldn't think of any pranks to play on us.

The day before he said he had tricks to play on us, but I guess they left his brain, or he never had any tricks officially planned to begin with. I gave him a hug, and told him it was ok. I said, "Mica you have all day to think of something."

Then on Wednesday Mica was sobbing for 15 minutes because he didn't want to go to school to eat breakfast.

Our boys just don't eat breakfast at school. They don't eat there for a few reasons.


Do I feel bad for kids that do not get breakfast? Yes! I really wish those parents thought about that before they had them. Maybe they could apply for free, or discounted meals. I just don't think they should hand them out for all of US's public schools.


Breakfast came up because Isaak's teacher included a note that for this week she'd like for the kids to come eat breakfast in the classroom, which is a special treat, so he was going.

We told Mica he had a choice: 1. Eat something small at home (spinach leaves, fruit and water), and eat breakfast at school, or 2. Eat a full meal at home, and wait in the car with Dad until school starts. Mica  chose to go eat at school.

After I gave him his snack basically, he decided to change his mind.

Anyone want to guess why he didn't want to eat breakfast at school?

I was thinking he was bullied, or something. Nope!

He didn't want to sit next to people that eat cereal. WTH! He cried about it for 15 minutes. I said, "That's most of American kids, Mica! That's what your Dad ate growing up!" Mica called them, "Weird cereal eaters!"

No judging on the color of their skin, what clothes they wear, or their religious beliefs. Nope! He was judging them based on what they eat. Odd! 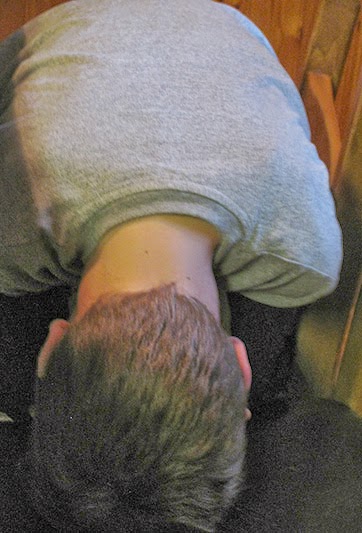 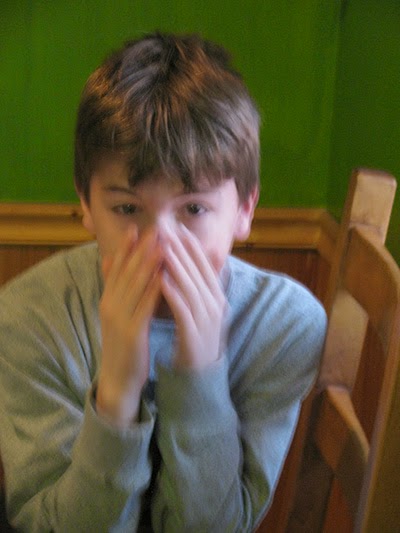 Get this! Last night after dinner the boys were both still hungry, so I offered them cereal, and they both ate it. I kept calling him the, "Weird Cereal Eaters"!

This morning we gave the boys a choice again...because the Kindergartener's are hanging out in the classroom all week in the morning. Mica looked and saw that they were having cinnamon rolls. He said without a tear, "I want to eat breakfast at school today."
Posted by An Apel a Day at 11:06 AM

That is so funny! It sounds like something my kids would say and do. The only thing I can get my kids to eat in the morning is cereal, so I guess they are weird cereal eaters! Have a terrific day!

The weird cereal eaters? Oh, that's hilarious! He would hate our family. We live off of cereal half the time hahaha!

That sounds like something my little one would do.

that totally sounds like broxton.
(although he loves cereal!)