I generally try and think of things that Aunt Angela can get for the boys that are not toys. Isaak like crafty things, so I told her he'd love some type of craft kit. The trouble is, is that most craft kits are for girls.

She ended up getting him wooden letters that spell out his name, among other things.

He was pretty particular about what he wanted to do with these letters.

Here's my little Picasso. No it wasn't planned to make him look like Picasso. Notice the stripped shirt? 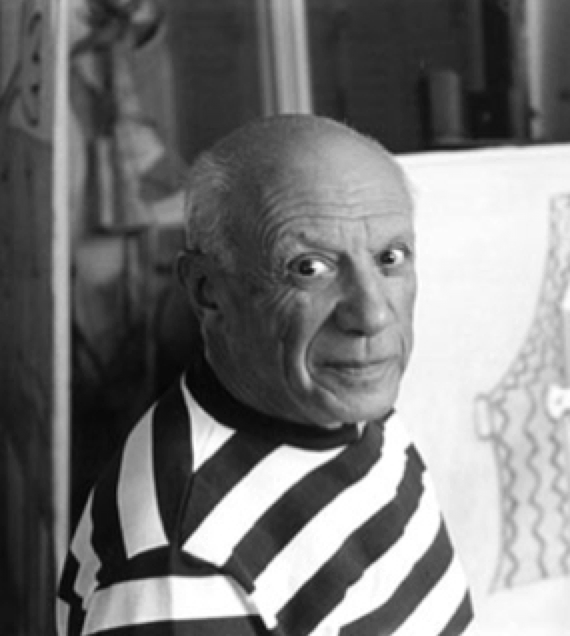 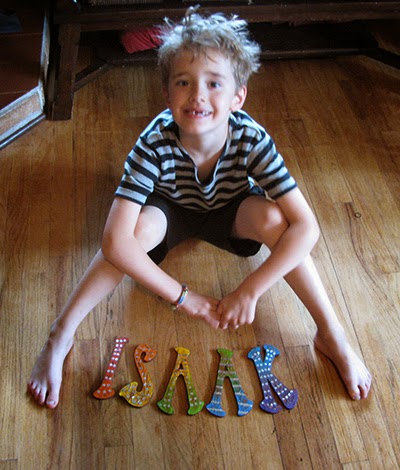 Isaak's the king of messy hair. He laid down to rest, and his hair was messy when he got up! 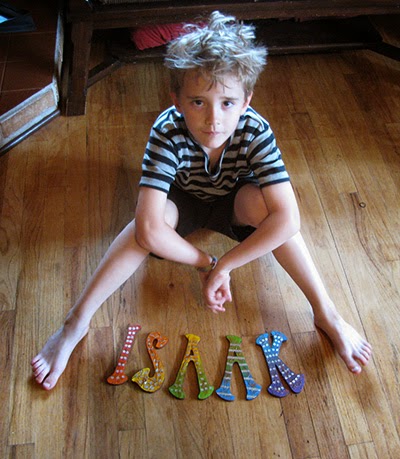 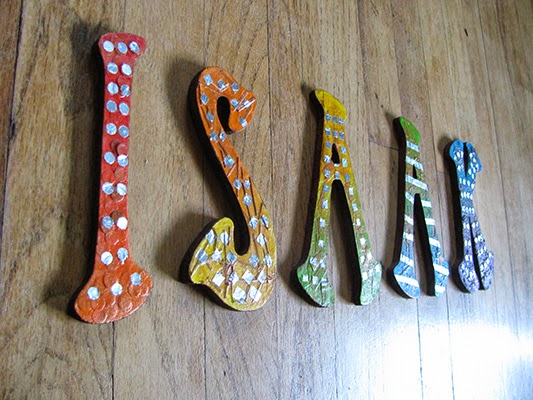 I had paper punches. We used a standard punch for this one. The silver is tin foil punches. 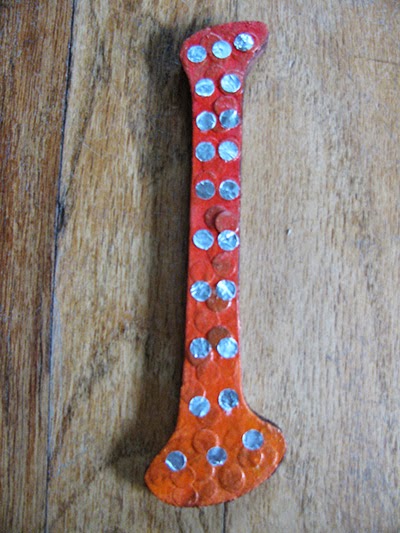 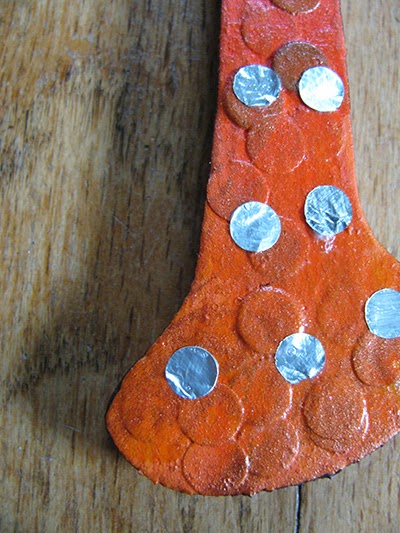 S had grass. The silver is tin foil diamonds. 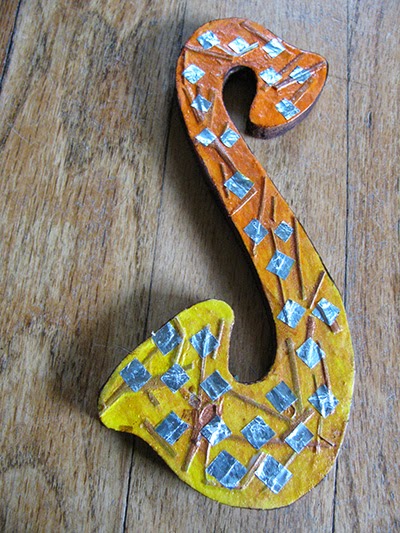 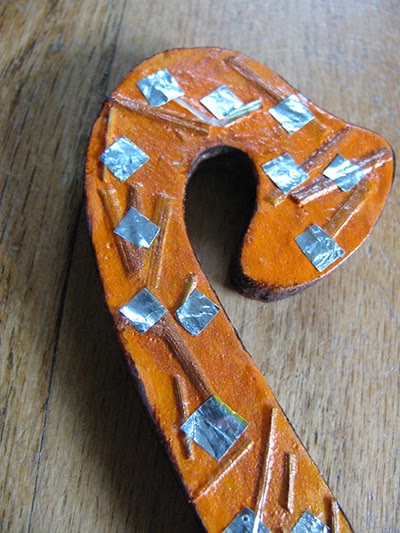 A had stripes of paper that Isaak cut out. The silver is tin foil squares. 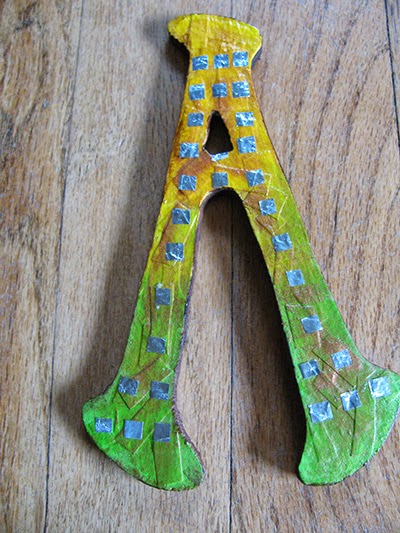 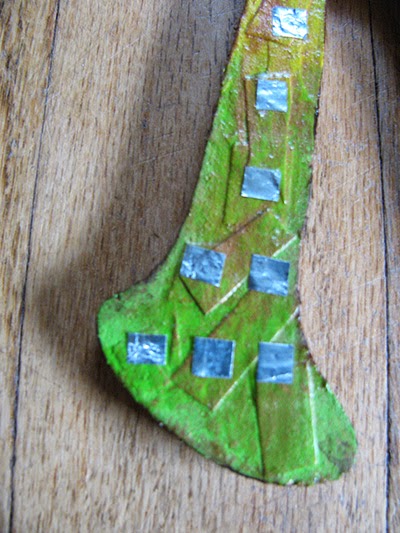 A had stripes of dental floss. The dentist would be proud! The silver is tin foil stripes. 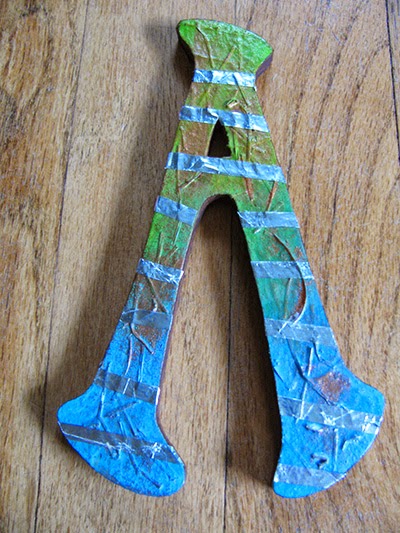 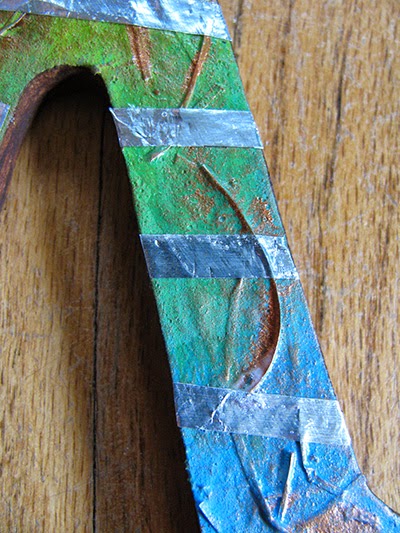 K had sawdust. It was just the shavings from the pencil sharpener. The silver is a flower shaped punch that Mica had. 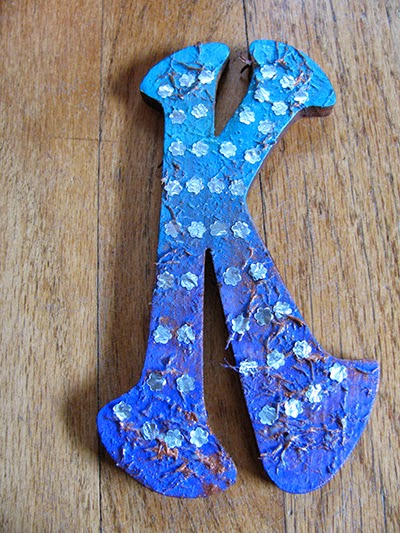 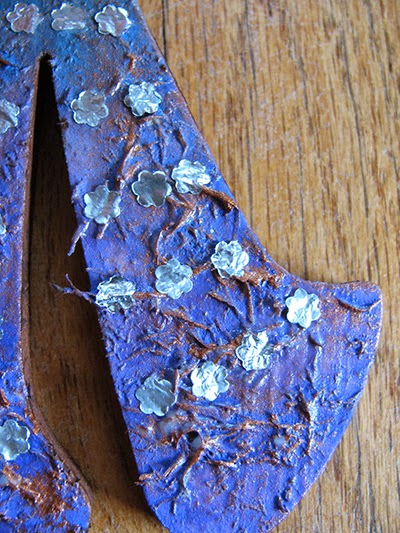 I think ribbons might be too girly for hanging. We have letters like that on Mariah's wall that we just used heavy duty wall tape to hang with. Of course, we will probably have to re-drywall that area when we take them down though.

I do love the colors you chose!

I love his messy hair and the letters came out AWESOME!!

Those are beautiful letters!

They look great...
What did you decide to do with them?

They look great...
What did you decide to do with them?