Daddy has been working on a project off and on all of May. An artist from New York  named Mary Mattingly headed up the project. She makes what are called Flock Houses. What they are, are little home structures that can be put up, and taken down. They are homes for our ever crowded world. Each Flock House is made with a limited budget. Many of the resources were things that were reused materials.

There were many volunteer artists that helped Mary out with her Flock House project. Each group had 1 hour to come up with a plan. Daddy's plan got chosen. He helped on the project as much as he could. There was a time frame. Not everything that he envisioned ended up being part of the project. Many things were.

We went to north Omaha, and downtown to check out what Daddy had been working on.

First we visited the Flock House in North Omaha. This Flock House is the bigger one of the two. There was a slight problem. It rained pretty hard that morning. They still didn't put on a sealant, so the floor got wet. They locked the doors, so no one could get in. I know the boys wanted to go in there. 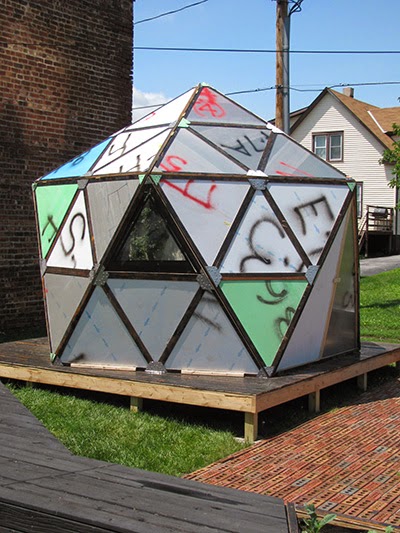 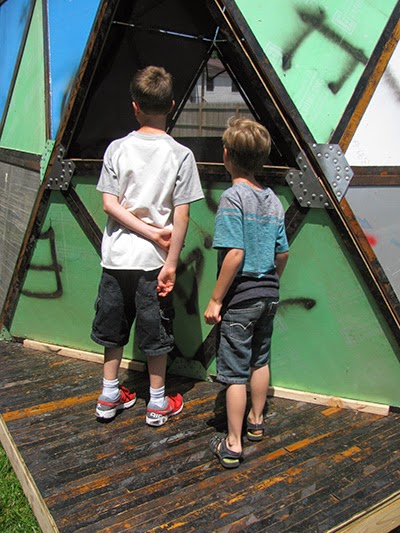 There are screened windows. 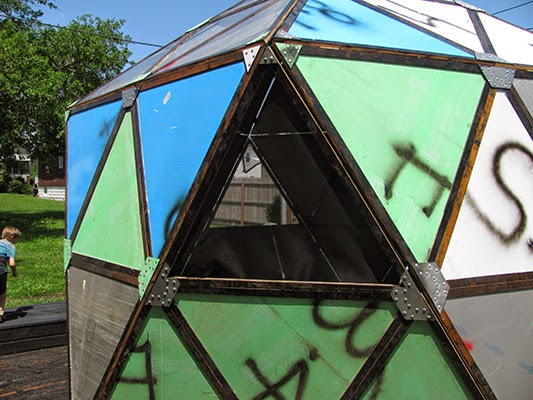 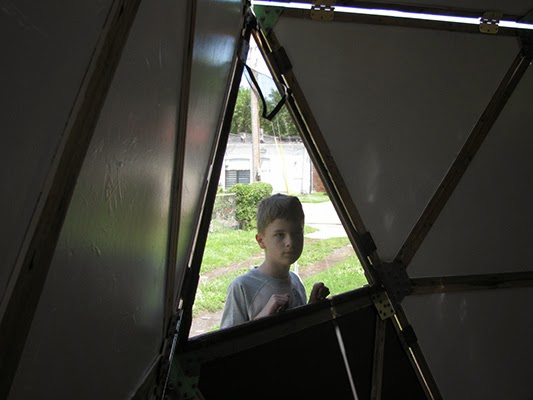 Just looking up in the ceiling and floor of the Flock Houses is pretty interesting. The light bounces around. 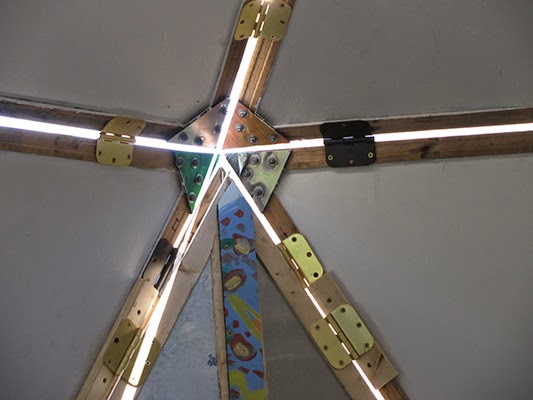 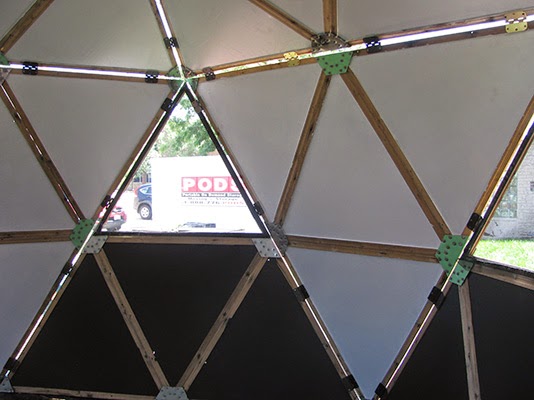 Then we headed to the Flock House downtown. To get there we walked through Jean Leahy Mall. I've never understood why they call it a mall. It's a park, but whatever. They just cleaned out the water for the ducks, so it looks really nice. They have giant metal slides, that kids and adults bring wax paper to go faster on, but we didn't go on them that day. 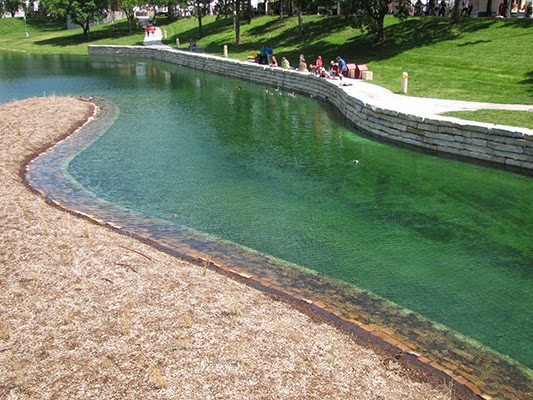 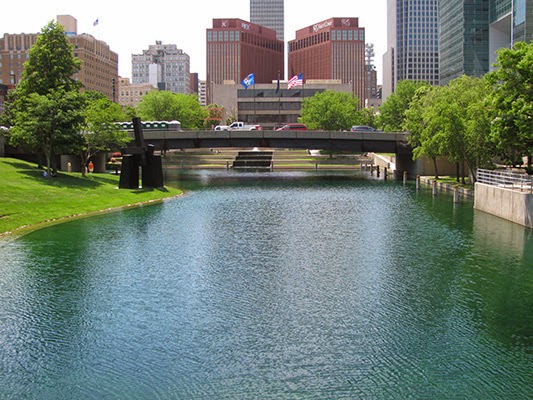 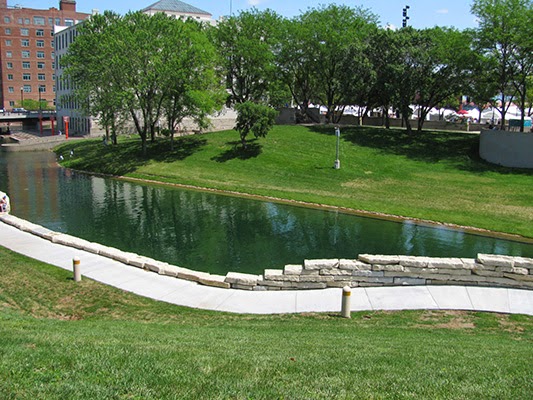 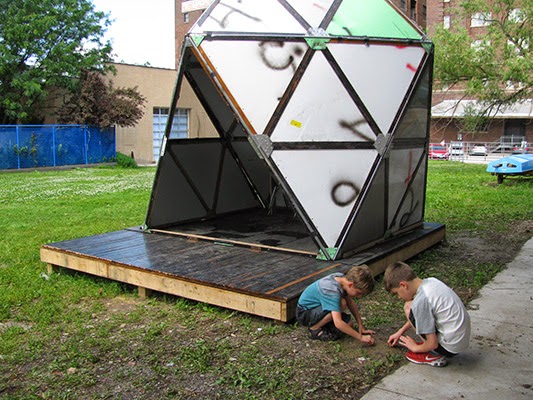 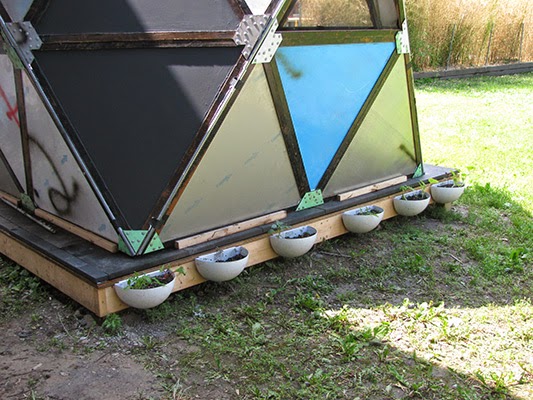 The boys were occupied. They dug tunnels for ants to live in. They were working on this ant home for a long time.

Everything was good. All the sudden Mica was bored, so I showed him videos on my camera. Then the next thing I knew Isaak was inside the Flock House with a stick, trying to go through the screen of the window. I grabbed him, and he decided it would be a great idea to play tag with Mom. See the plants below? Isaak jumped over those. YIKES! I grabbed him. Mica, Isaak and I all went for a walk. So much of me doesn't blame Isaak. Both kids were being so good! He is a boy after all. He went to sleep late the night before. I had no clue Daddy planned to actually spend a lengthy time there. 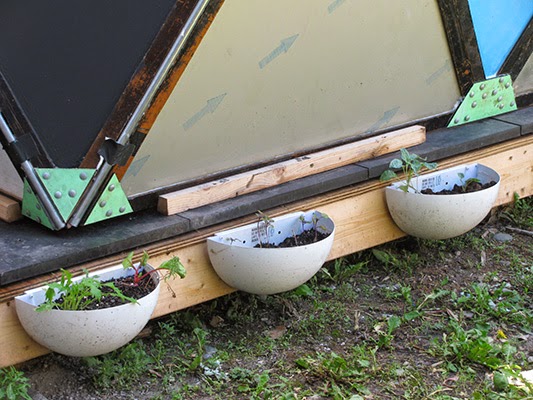 Off we went for a walk, shopping, and ice cream. I simply love looking at buildings downtown... 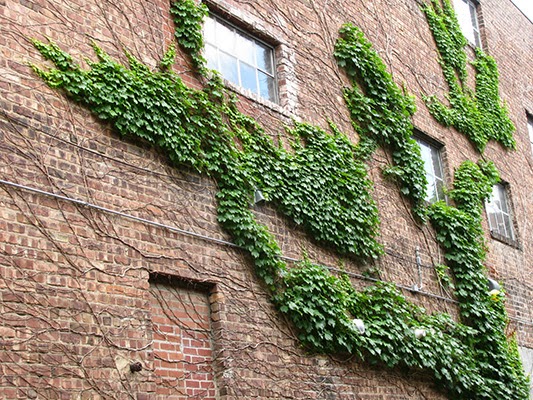 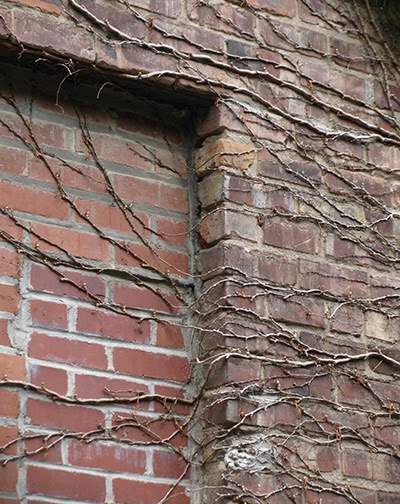 and in the Passage Way. 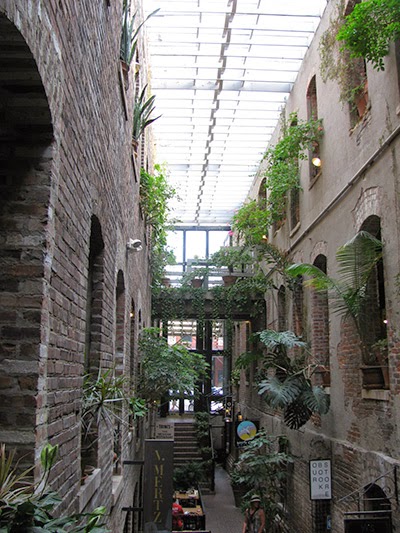 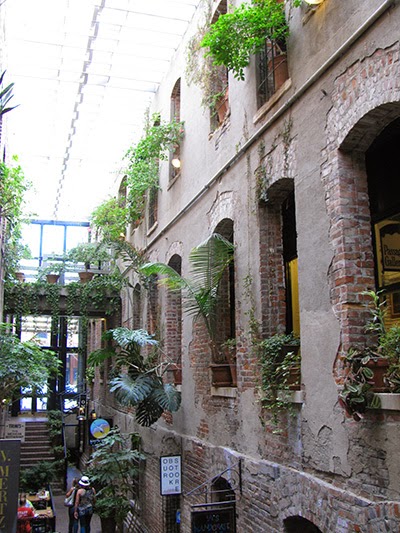 After our third, or fourth shop Daddy called to tell me he was ready to go home.

It's funny when men want to go home. Here I wanted to go when Isaak was trying to play tag with me. Now I was happy and content, and Daddy barges in, and had to leave.

Mica and I were having fun looking in City Limits. It's a fun shop filled with mustache pacifiers, Jesus action figures, Ben Franklin dolls, Mad Libs books, face plates, and more. It kind of reminds me of Uncommon Goods, but less artsy and more funny. Daddy got there and we had to leave. He tried telling us that a storm was coming in to get us out of the store. When I got outside it looked the same as it had all day outside. When a guy wants to leave it's now. When a girl wants to leave she has to wait.

Isaak insisted he wasn't tired. Then this happened: 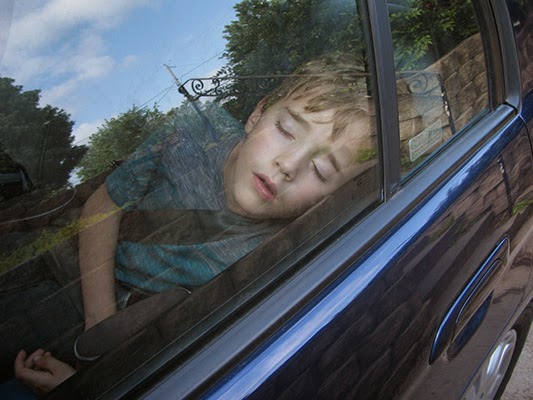 Making a ant home, walking around, running around the Flock Houses, and eating ice cream wore him out!
Posted by An Apel a Day at 1:14 PM

That is super cool and don't you just love it when they wear themselves out like that?

That looks like such a fun idea. I am glad your boys had a great time.

That's such a unique place to go. I think it would be nice to visit.

And you know it's a good trip when the kids are asleep before they get home. ;)

I think that is so neat :)
How fun would that be to get to walk and see all of that...

Those flock houses are wild looking. Reminds me of some of those jungle gym type structures we used to play on as kids.

I remember as a kid using wax paper on the metal slides... Man would it make them slippery.