I've been asked twice to go to The Rose. The first time I was asked I was teaching a class. This time I was free. YAY!

We headed out to see Tarzan! It's going to be at the Rose from now until the 22nd.

I was so excited for this event. The boys loved the Disney movie Tarzan. The play is based on the Disney Film. Music and lyrics are by Phil Collins and the book is by David Henry Hwang. I just knew they'd love the play.

It was a surprise event. That made it all the more fun!

It's for ages 4-11. My boys are ages 6, and 8. They get into theater events. During this time they were both finishing up an acting class at Omaha Community Playhouse. It was perfect for both of them.

The Rose is such a pretty building! 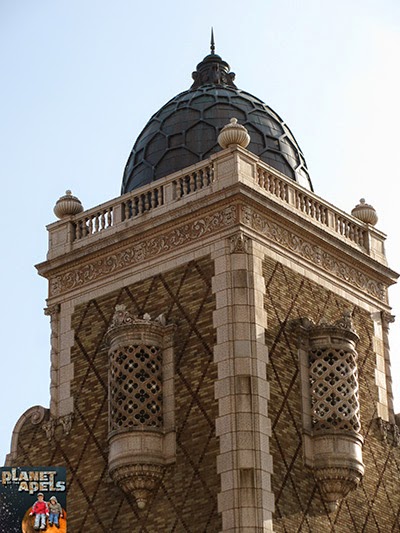 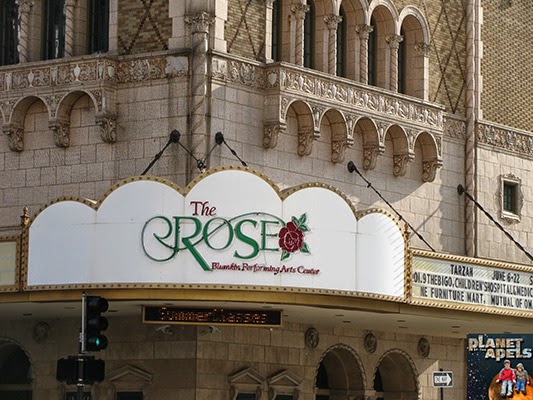 They loved checking out the Tarzan poster. 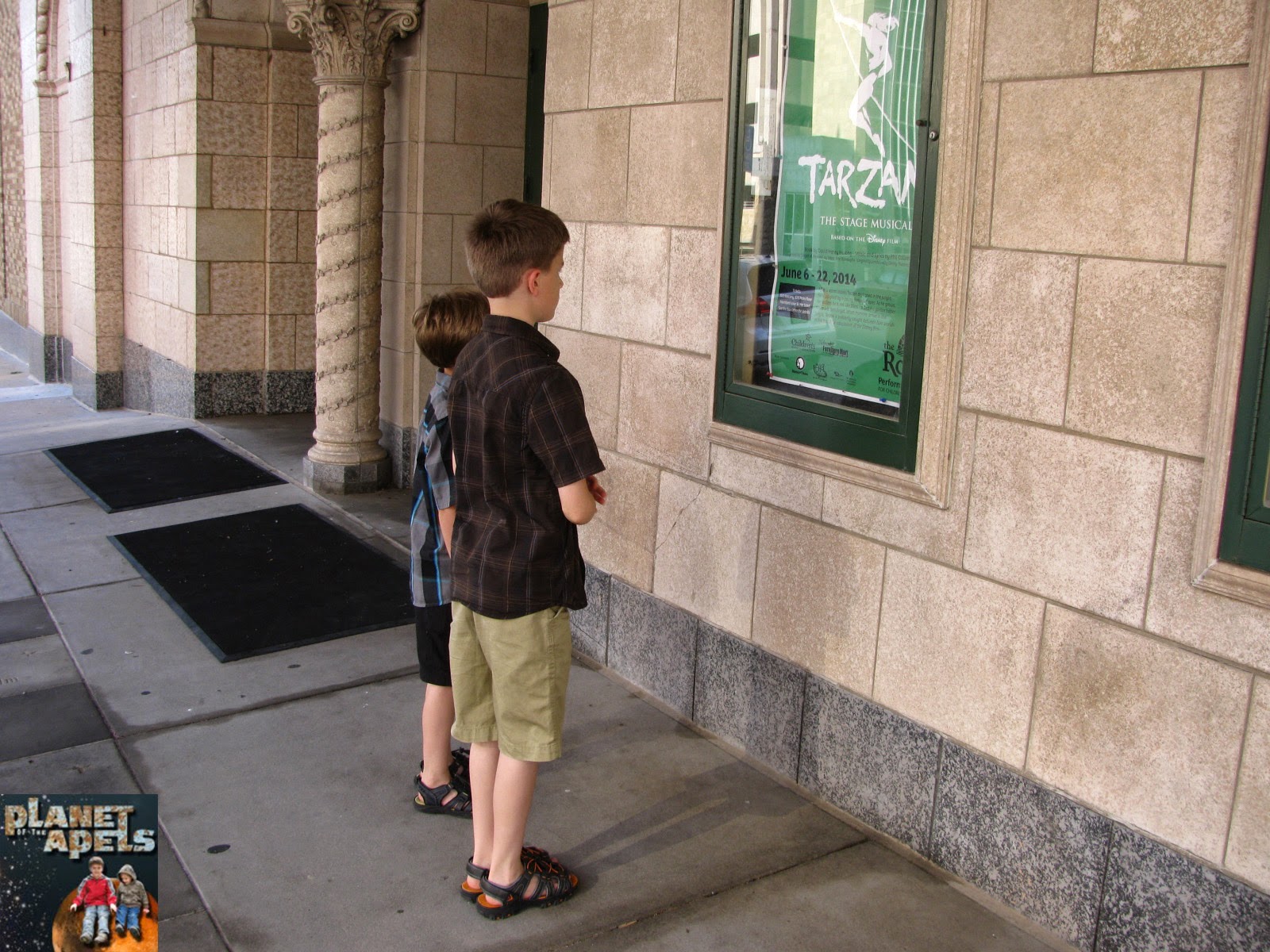 It's a good idea to get to any show early. There's always things to look at in the lobby, take the kids to the restroom, and check out the stage. I helped out with set design in high school. That's something I really get into. Tarzan had an amazing set designer(s). 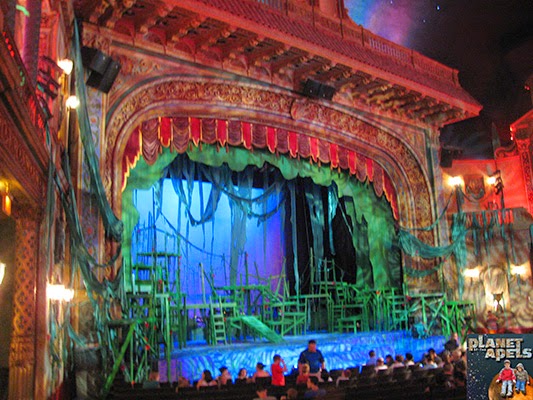 They had apes jumping all over the aisles before the play, and during the intermission. Mica who begs to go to haunted houses (which he hasn't been) was afraid of the apes. Not to worry, he was fine. I thought it was hilarious when one came up and tapped him on the shoulder. He shrilled like a little girl that just saw a spider. Isaak and I were both laughing uncontrollably. 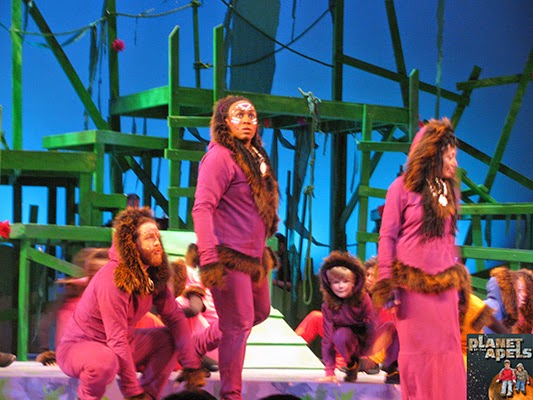 The boys liked the small Tarzan - Graham Waterstraat the best. I'm thinking it's because he is closest to their age. He did do a great job!

Here is the little Tarzan with his Ape faux Mother Kala - Camille Metoyer Moten. She seemed so kind, and familiar. 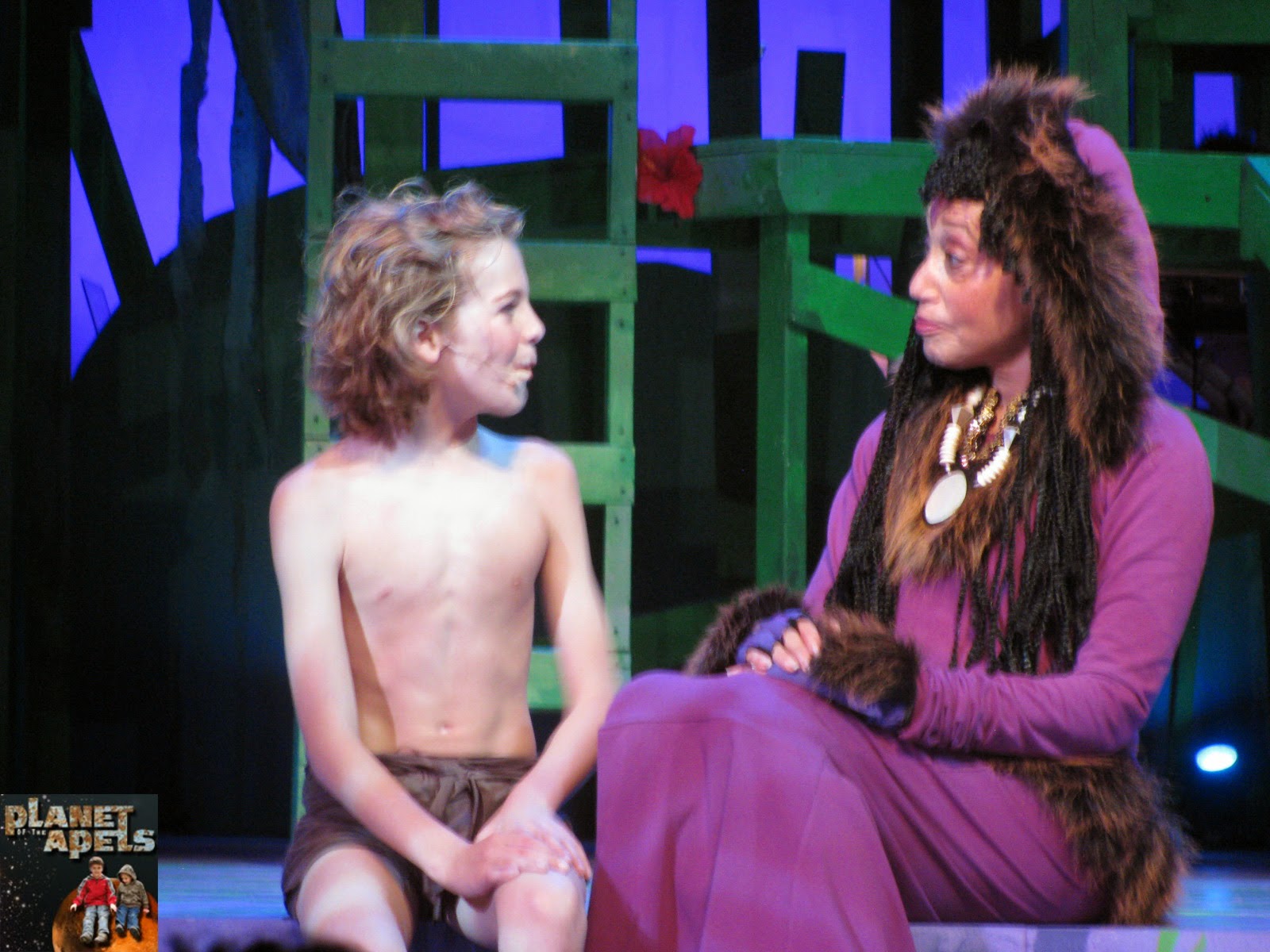 This is the older Tarzan - Ryan Heidenreich. His voice carried so well. 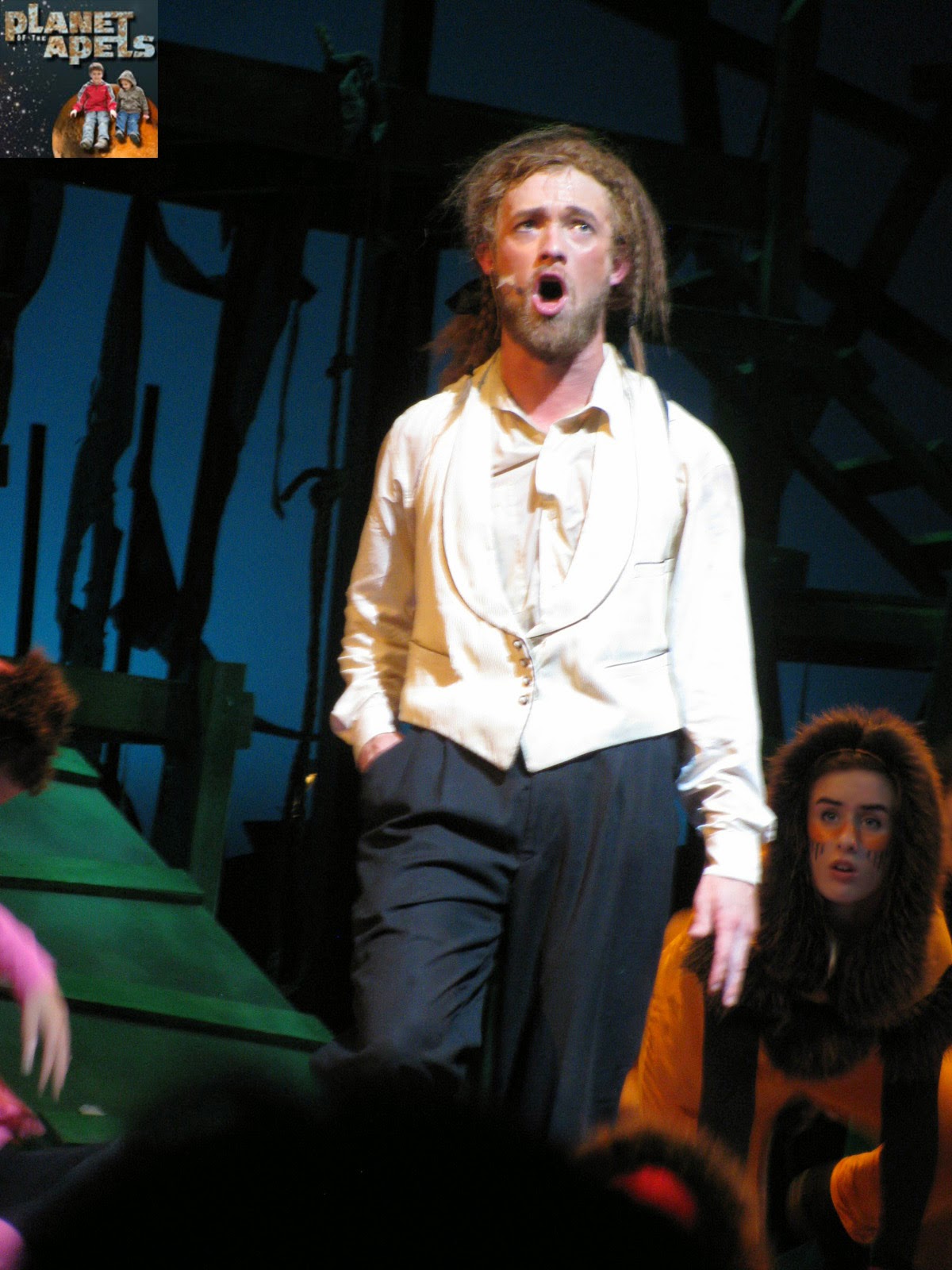 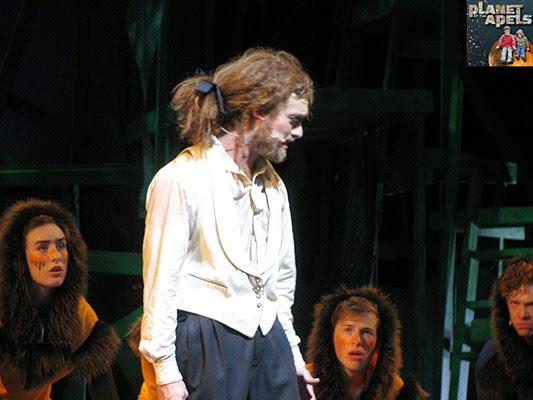 I thought the faux Dad Kercheck - Roderick Colton had an amazing voice. To me so much of the play is about the relationship between Kercheck and Tarzan. Tarzan longs for acceptance. Kercheck doesn't let him in. One could say that he isn't a father figure to Tarzan at all. Seeing how Tarzan looks up to him I think he is. 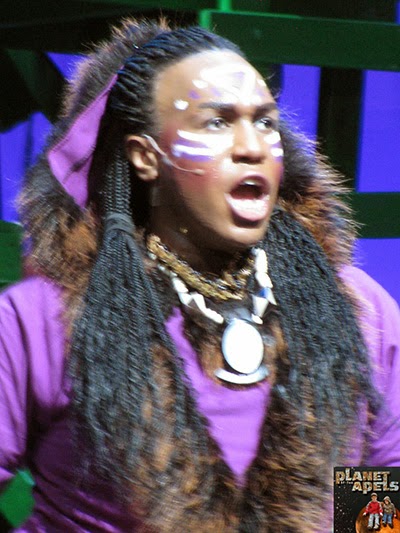 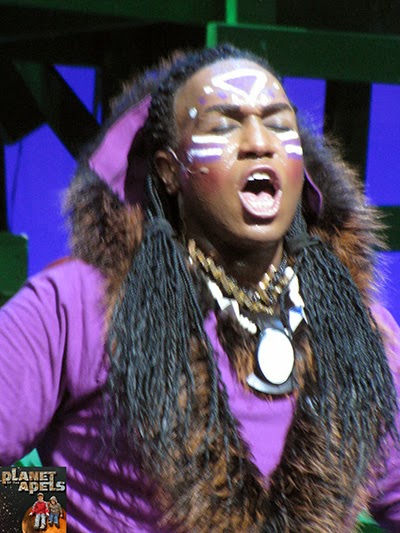 Tarzan spotted people just like him, they are both friend and foe. He ends up falling for the girl, Jane - Megan Leigh Pattison below. 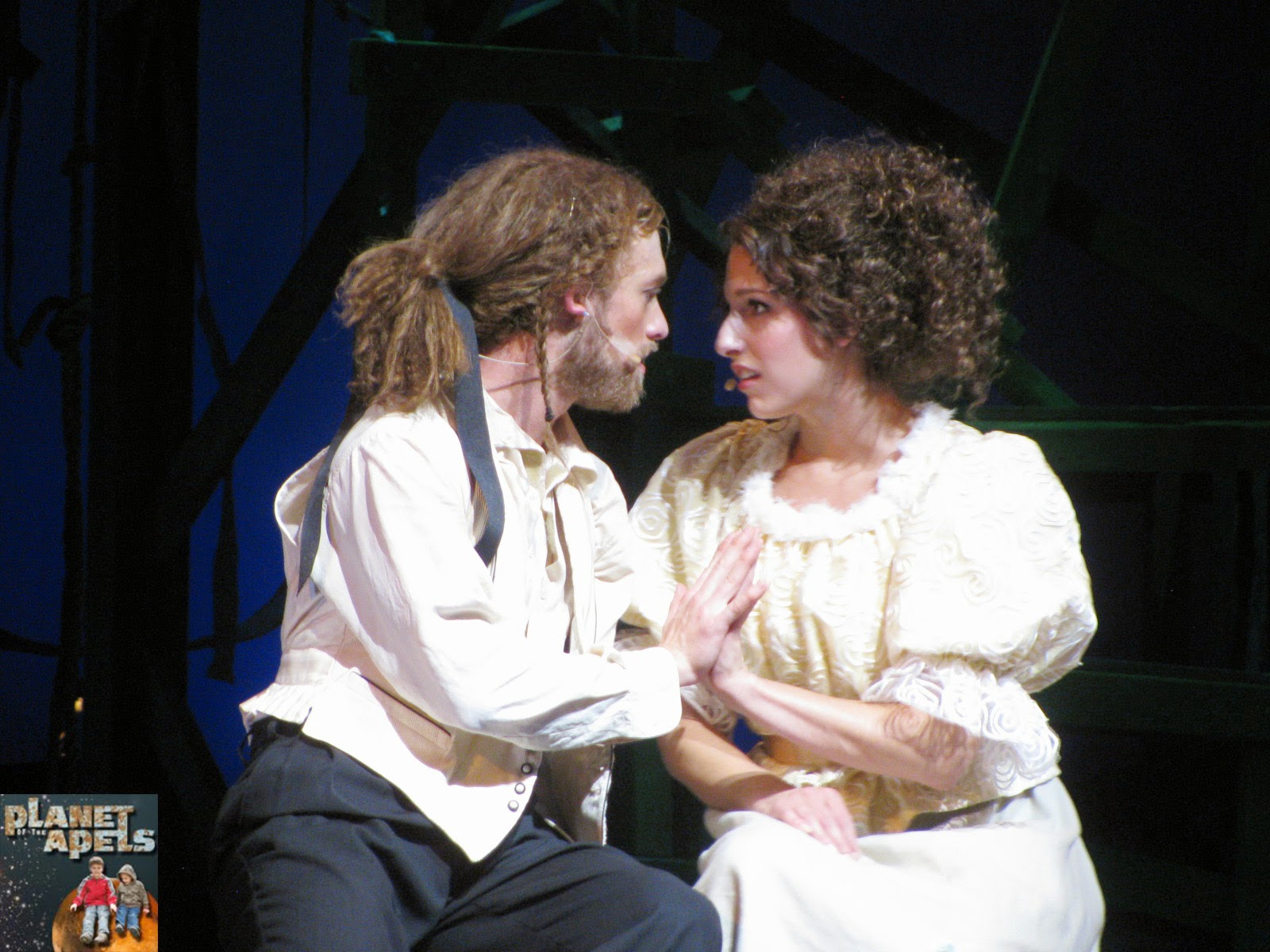 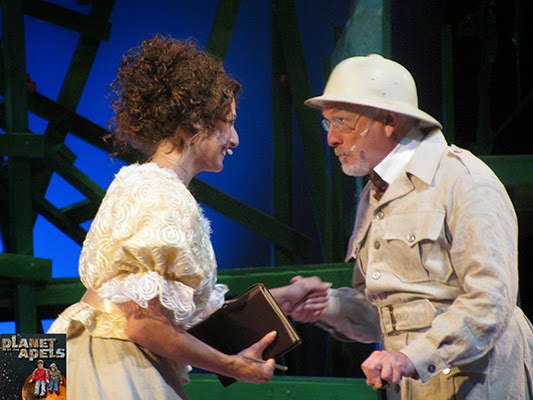 Part of what I love about theater is how the audience starts to accept the unreal as real. In the show actors came out as flowers. I simply looked at them as flowers instead of people. The apes were brightly colored, but they jumped around as apes, so I accepted them as such. 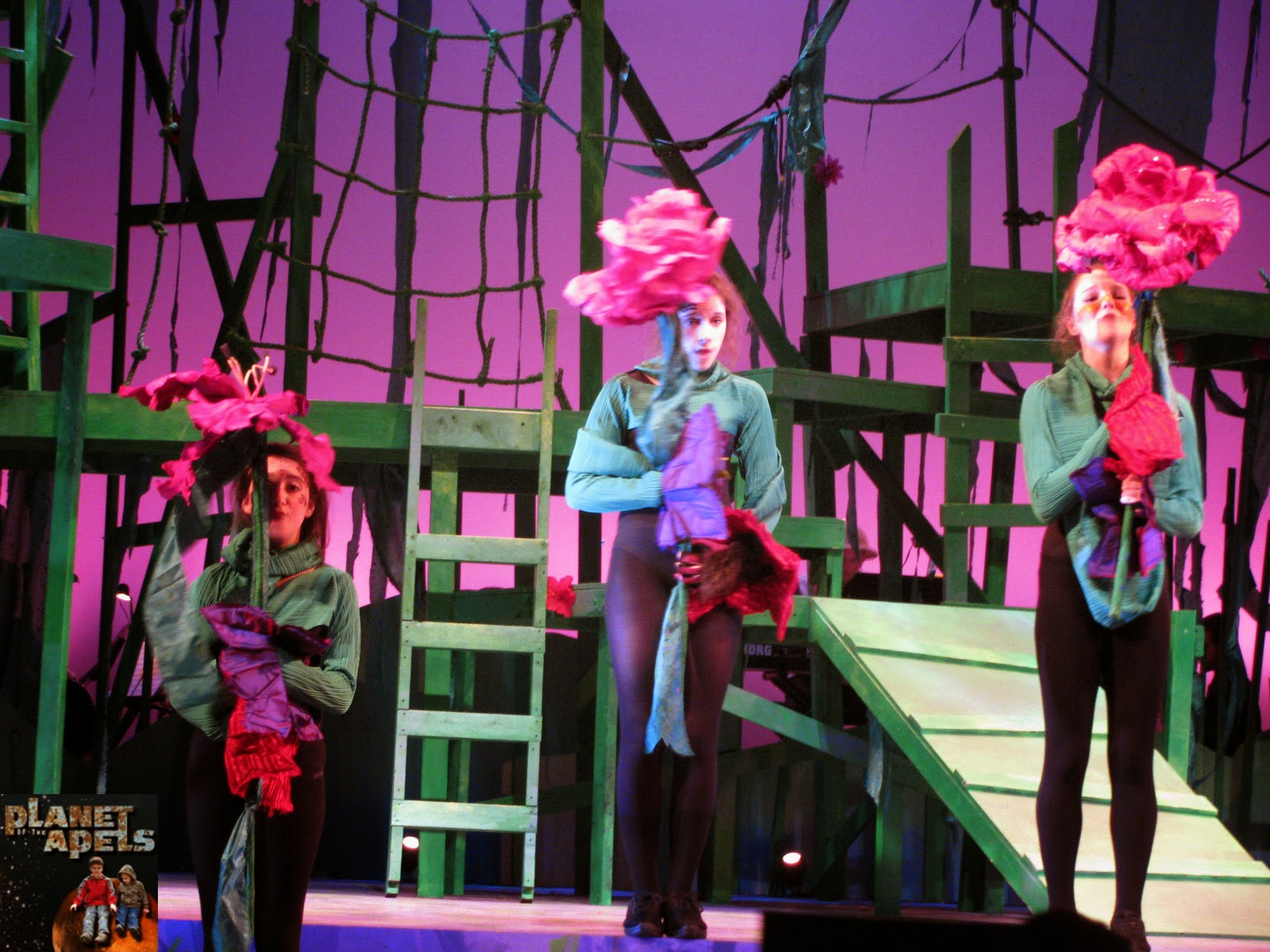 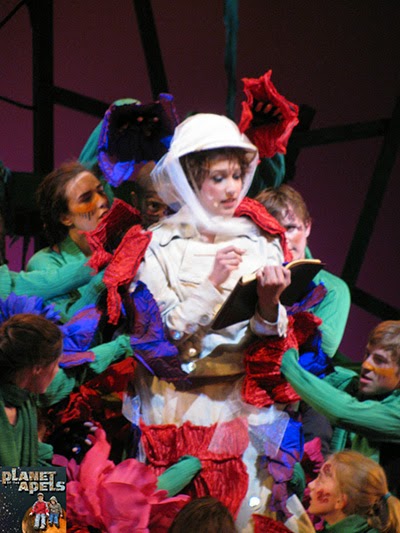 If you haven't had a chance to visit the Rose, do so. Tarzan is an amazing play that will hold boys and girls attention. The show runs for 2 hours, that includes an intermission.

Disclaimer: The opinions on the post are my personal take on the product. This blog is a personal blog written and edited by me. I was under no obligation to review it if I so chose. Nor was I under any obligation to write a positive review.

How fun that you got to go (and it was a surprise). I agree the building is very pretty!

That is awesome! My kids have never been to a show/play like that, but I would love to take them to one sometime.

We love live shows. I haven't seen Tarzan yet, but if it is ever in our area, we are definitely going. The set does look awesome!

Oh my that theatre looks so grand! What an experience!

I would love to take broxton to something like this soon.

woooow...what a great show! nice photos..everybody seems to enjoy it as well..The Rose is a pretty place too...

That's really neat. So funny about the scary apes :-)

LOL funny that Mica was afraid of the apes. What a fun night though.