Isaak thought he'd be able to go down a little further than he actually can. 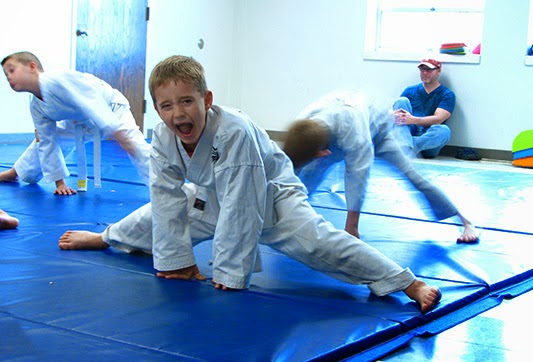 He ended up getting his first stripe that day. It was only for good effort, but it meant a lot to him! He just started Jiu-Jitsu in June. 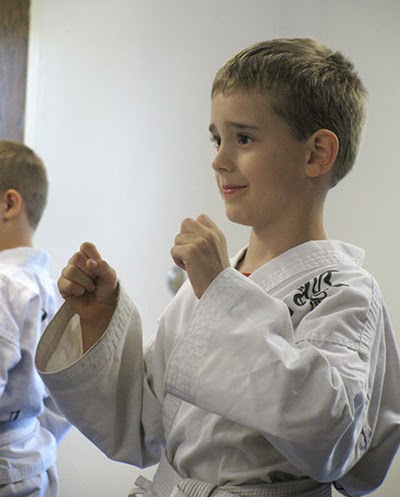 A Pushing Match in Jiu-Jitsu. Isaak won 3 times. He does this at home with Mica.


The proudest moment was when Mica tested for his yellow belt with a white stripe. In Jiu-Jitsu they test for a ton of stripes on their belt before they test for new belts. It's a great thing he got his yellow belt with white stripe; his white belt was getting too small. Mica was so excited that he wanted to sleep with his new belt on. For the record he didn't sleep with it on. 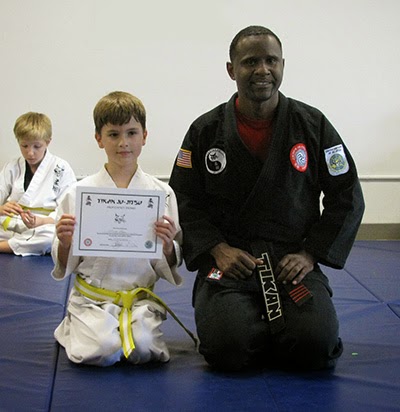 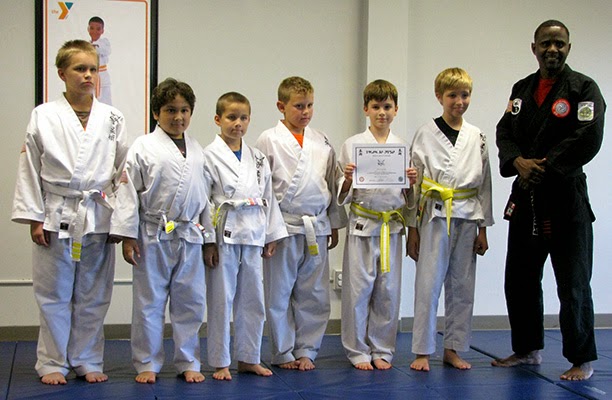 Mica had to do a lot of things to get his new belt. Here's just a few highlights:

Email ThisBlogThis!Share to TwitterShare to FacebookShare to Pinterest
Labels: Jiu-Jitsu

yay congrats to both your boys for their latest achievements in the sport! :)

That first picture is priceless!

Congrats to them both. That's sweet that your oldest wanted to sleep with his belt on. :)

Great job. It's good for them to have martial arts.

I was pretty good at splits, but could never do straddles. His expression is great.

Allison has been in gymnastics since she was 3 and still can't go down that far lol. Congrats on the latest belt achievements!

Kudos to them both!! And, the look on Isaak's face in the first picture? Priceless!!

He looks so fierce in the first picture! Love it!

I love that first photo....guess he knows what it means to 'feel the burn'!

I love that first photo well done to all:-)

Have a splittastic week and thanks for cartwheeling by ;-)

Good for him! That is awesome. My guy does Kenpo and is on track to get his black belt a year from September.

Congrats on the first stipe. This is the beginning of something new and great.

You have every right to be the proud Mommy. He's lookin good! These days it's very important for a child to know how to protect themselves too. Congrats on his winnings! Woo Hoo

Congrats! I would brag too

That is great. Congrats. to your son for a job well done. I don't blame him for wanting to sleep with his new yellow belt! What an accomplishment! :)

Poor kid, I can really feel his pain in that first photo.

Whooo HOOOO!! congratulations to your boys. Isaak sure looked like he might be in a little pain in the one picture.

Oh my goodness, he is so cute!

I love seeing all the photos of your boys..they're great! congratulations....Have a lovely day :)

congrats to both of them...
I know you and Travis are so very proud of them!!!!