This weekend Mica got to choose a few friends to do something special for his birthday. It was a low key event. I even told them not to worry about gifts.

They went to see Teenage Mutant Ninja Turtles, and ate cake and ice cream afterwards. I didn't get the boy's parent's permission to use his photo. 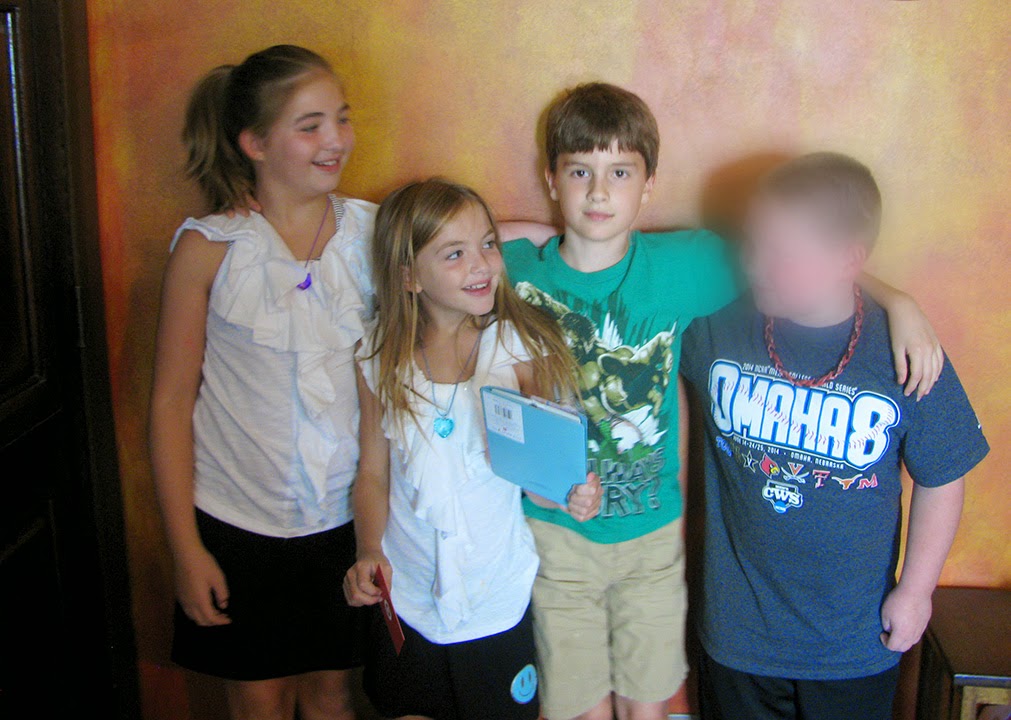 I don't know how this happened, but the boy brought a gift for Mica and for the girl. It was her birthday party the week before, and he missed it. It wasn't needed, but he brought them both gifts.

He brought Mica a small Lego set, and a $25 GC to Target. That's more than nice!

The girl's sister called that morning to ask if she could come? We figured that might happen. They invited both our boys to the girl's party the week before. I didn't really care.

So much of me wishes we'd go back to just involving the kid in your kid's grade. Whole families, and siblings are now a package deal. I didn't care in this case, but I want Mica to have special times with his friends - without Isaak included, and the same goes for Isaak. I'd think his friend's parents would feel the same way.

For the record the sister offered to pay for herself. We paid for her. It wasn't about the money. It's just about doing something special with his few chosen friends.

While Daddy took Mica and his friends to the movie, Isaak stayed home, and had a friend of his own over. They dressed up. His friend is much smaller than Isaak is, so Isaak's costume was swimming on his friend. Isaak's friend loves Hot Wheels and all of Isaak's Thomas stuff that I have packed away. He asks to play with that stuff every time. 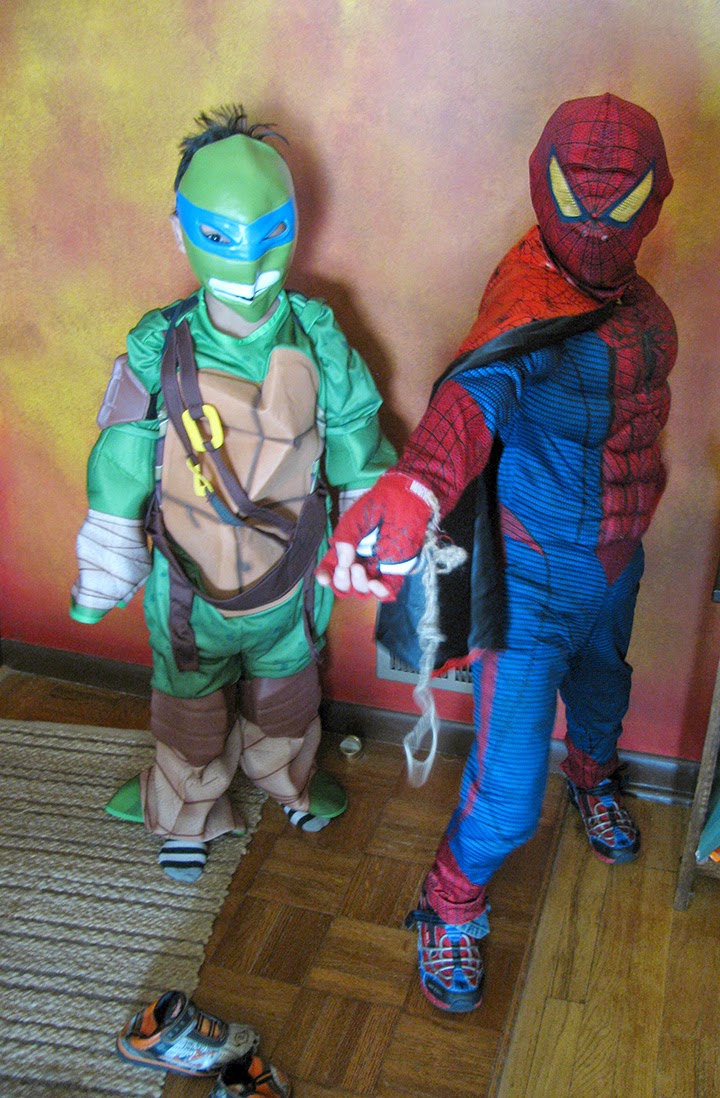 Once the movie finished up, we had cake and ice cream. Simple, and fun.

The next day we went to Target to spend that $25 GC. Mica said, "I want another Lego set." I refused. He has so many Legos, and he'll get more for Christmas. That's what he asks for.

I convinced him, and Daddy talked with him about getting something more practical. He got a bike helmet. He needed a new one. The other was was too small.

Usually I'm all about kids picking out what they want. When they seem to have a lot already, I just want them to pick out something they could use more than want.
Posted by An Apel a Day at 3:18 PM

My kids are the same way about Legos. They just keep buying more and more.

I'm glad he got to have a party. Smart idea to let the other sibling stay home and have a friend over.

Sounded like a nice party. Allison is like that with Legos too, but she pisses me off because she doesn't play with them. Just leaves them all over the house then yells at me when I move them. Ugh!

Sometimes simple is the best kind of party. Legos are such the in thing right now.