This last weekend we spent a lot of time at the library. Isaak's friend took him to our Children's Museum the weekend before, so this time I took his friend to the Lego event at the library.

I've already asked this friend's parent's if I could post pictures. They don't mind.

Isaak and one of his best buds.

Isaak is in this phase where he doesn't want to take his coat off ever. He also says, "Mom I don't want to look at you, and smile." So he doesn't. 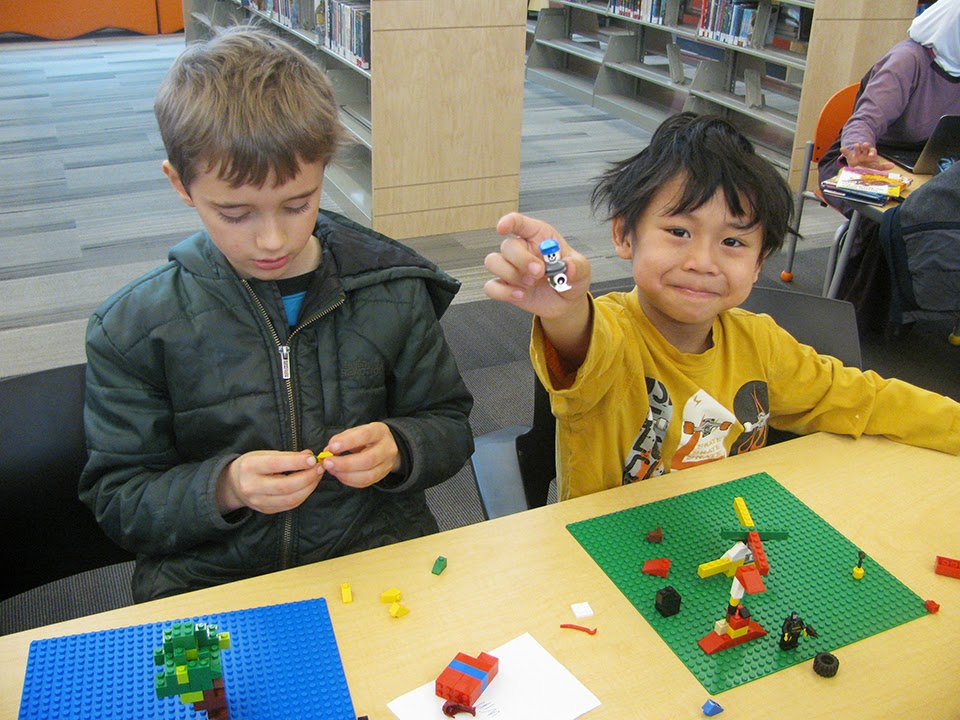 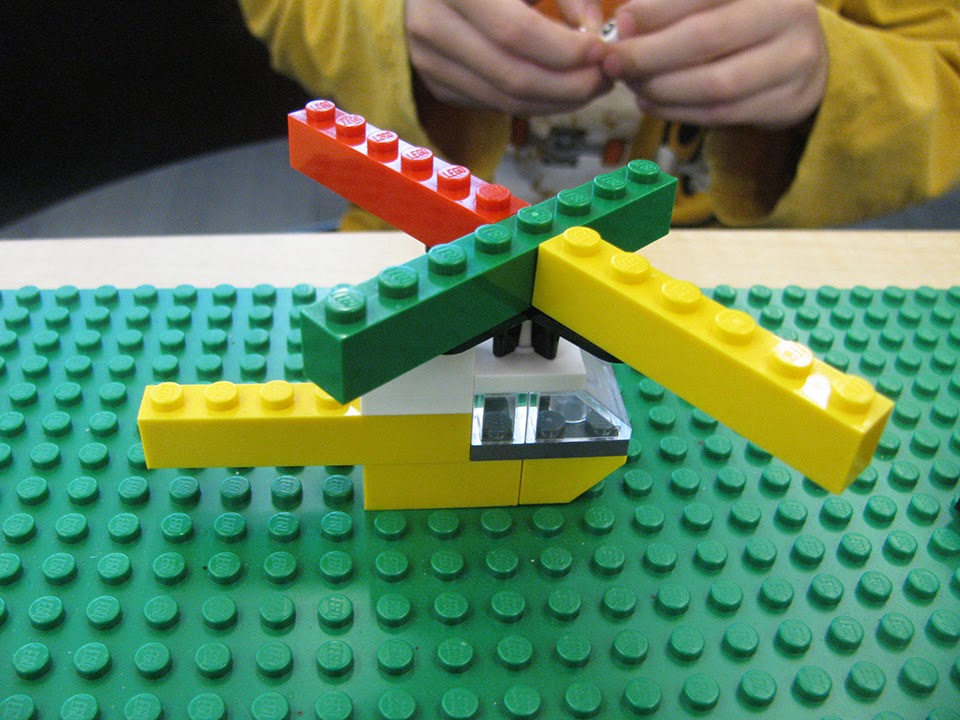 Again no smile. I thought the tree was pretty cool in the corner. 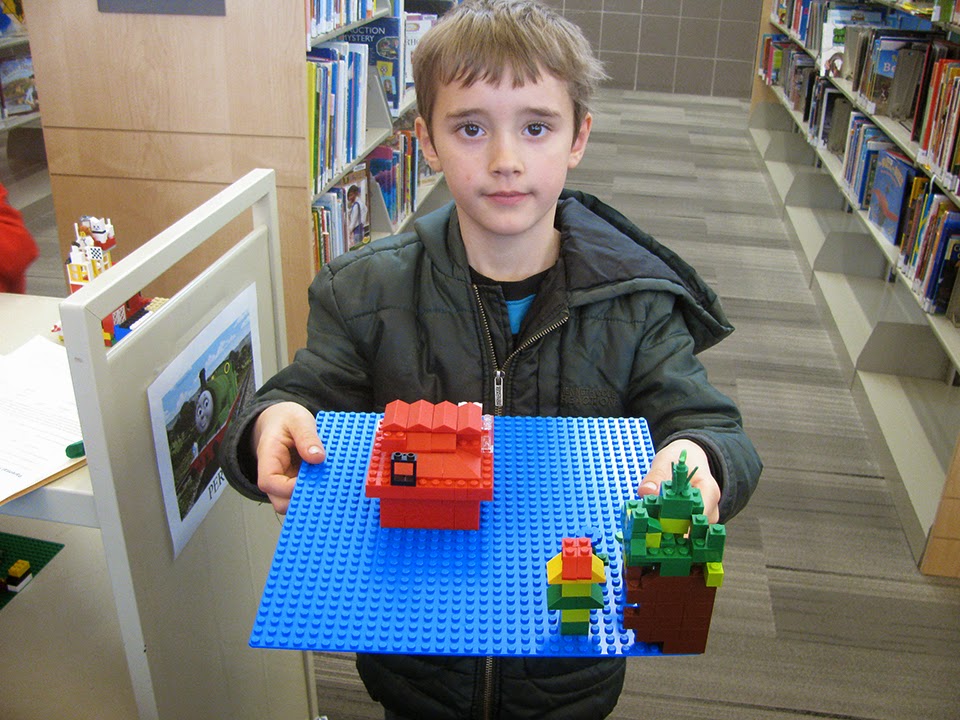 Mica was along with us to.

He was like, "Why don't I get a friend to come with?" Well a few of his friends have their whole family go. I didn't have it in me to entertain that many people that day. The answer I gave him, "Isaak's friend took him out last week. I thought we owed his parents and him a favor by taking him out this week." 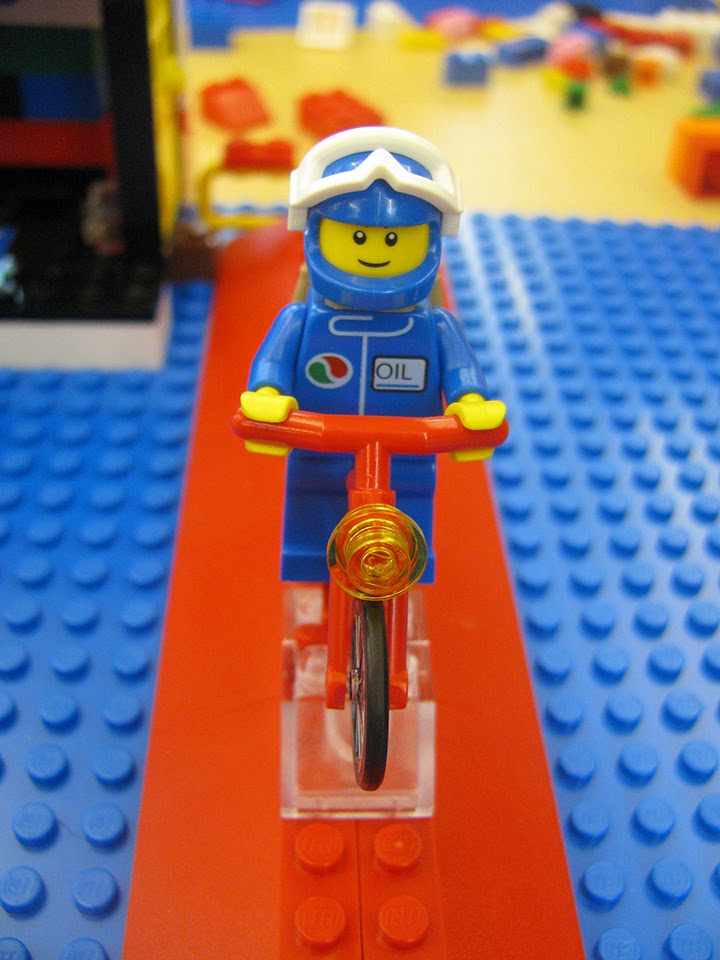 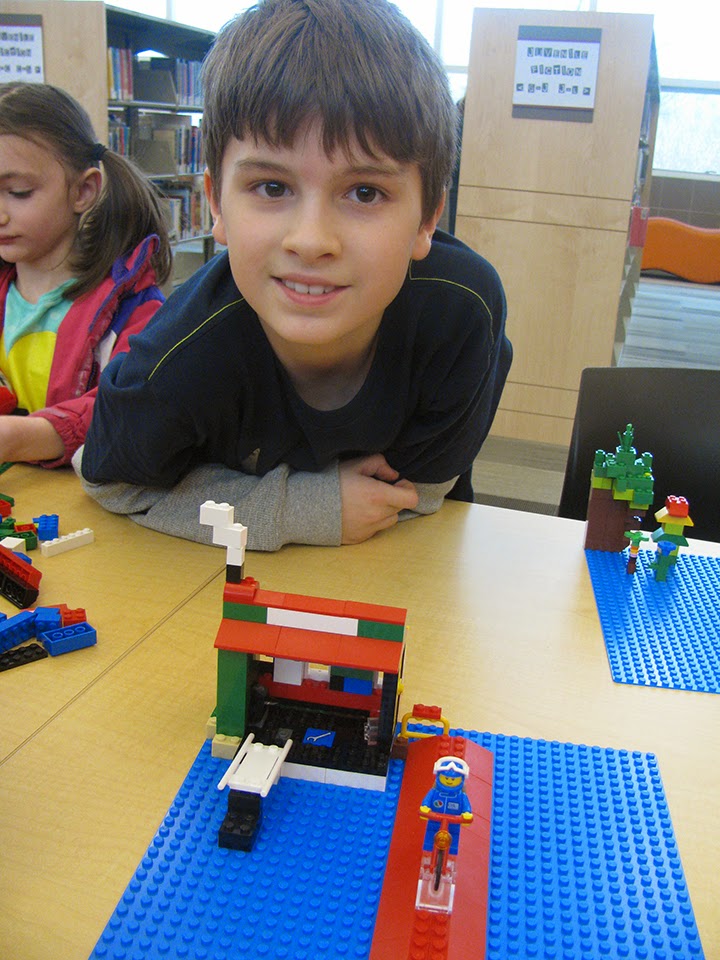 After that the boys played games on the library computers.

Then we went to Goodrich.

I was going to take them to a frozen yogurt place, but we were running low on time. Isaak was sitting in the sun, so a photo didn't agree with him. His Bud picked blue ice cream. I was a skeptic of all that color. That's what he wanted. Sure enough he didn't like it. 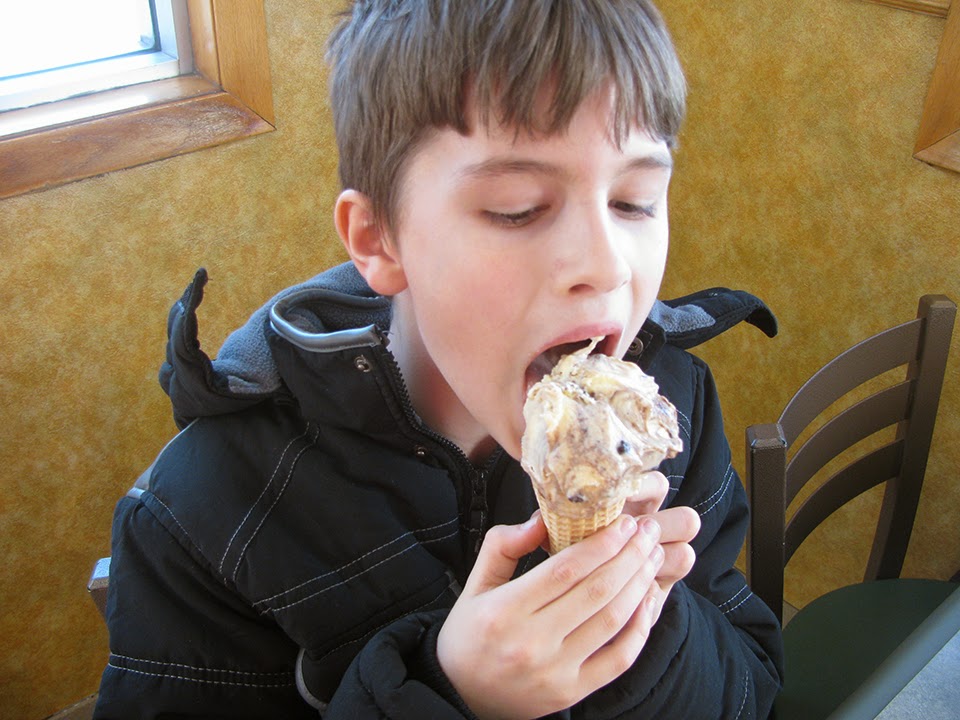 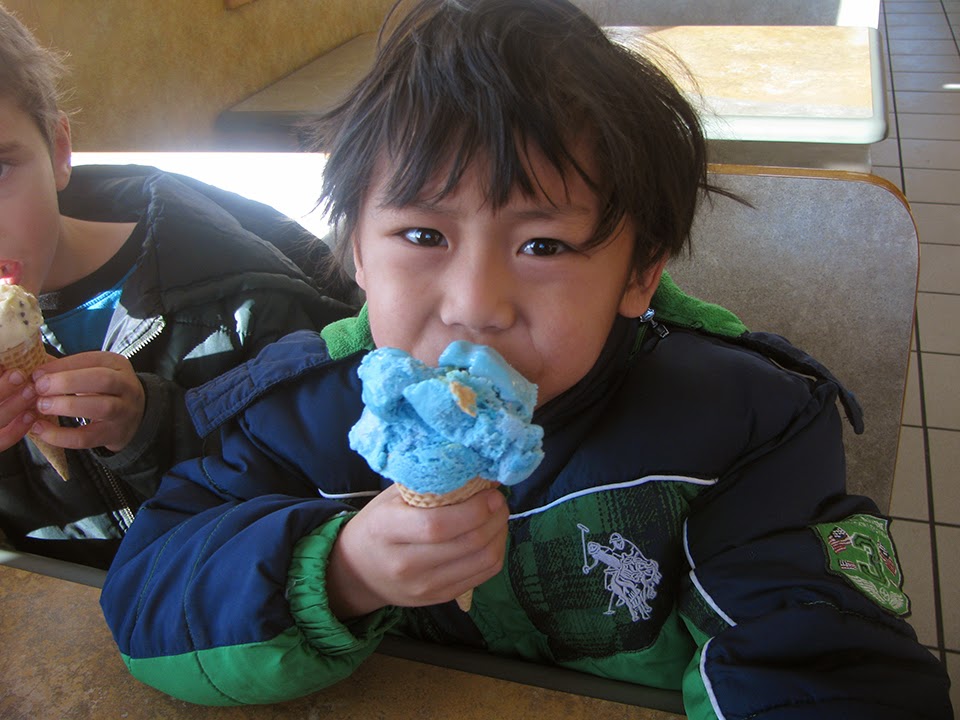 The boys that evening went back to the library for a lock in from 6-9. They had pizza, and grapes. They could do any of the following: Play tag/hide and seek in the library (crazy), watch The Lego Movie, play other party games, or play video games. They chose to watch video games being played the whole time.

Dad hung out with them, and read books on his own. I was going to cover 1/2 the shift, but they locked the doors. I guess that makes since {Lock In}. He said that he's surprised no one got hurt. Kids were running all over the whole time. He said, "Our boys seem tame compared to the other kids. HA HA When he says comments like that I know it was pretty crazy. I feel like I'm way over protective. We both were debating if we want them to go to a Lock In again.  One of us needs to be there until Isaak is in 2nd grade at least.

Email ThisBlogThis!Share to TwitterShare to FacebookShare to Pinterest
Labels: Lego, library, Lock In

Is Goodrich an ice cream place? Or Froyo? I can't tell from the pics LOL.

That looks like fun for children. We did not have "Legos" when I was a kid, but we had Tinker Toys. I doubt many people even know what those were today.

We have been to the lego days at our library the last couple months. He has a blast and I love seeing his creativity

A lock in at the library sounds like so much fun! Wish ours would do that here sometime!

Your library has sooo many cool ideas!! Ours just have the usual story-telling sessions and sometimes a craft session or two.

I like how Lego's gotten so complicated now. It used to be just those six-point blocks with instructions that simply said "Go for it, kid."

looks like fuuuun indeed...My kids never got tired with lego :) ..

LOL. So Isaak isn't a ham. I bet if you would stop taking his picture, he would change his tune