More Good Things Have to Happen

I believe in the Yin and Yang. When bad things happen, good things happen to. It just seems like the bad is out weighing the good right now. We need balance. 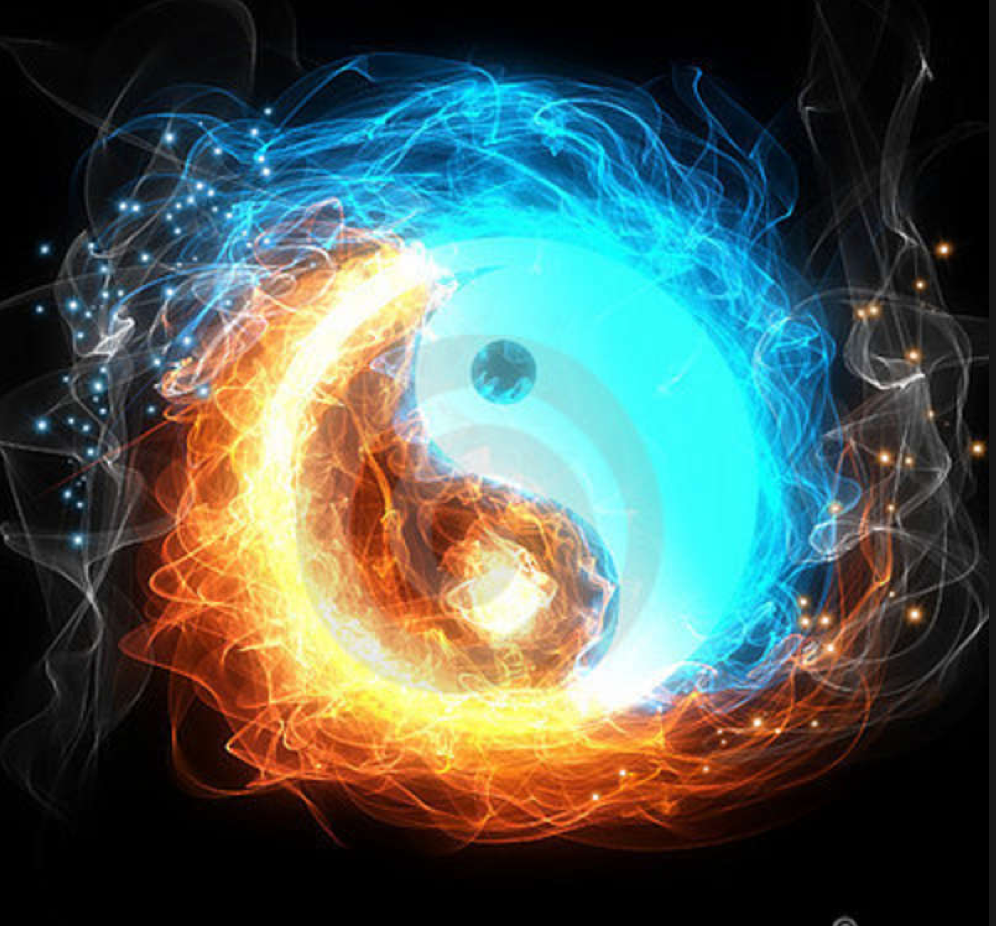 Travis lost his job...it seemed like good things were coming up. Then the good things sort of went no where. I know that happens when one looks for a job.

Up until this point Travis was feeling upbeat. Then last night he was like, "February just sucks!" I couldn't agree more.

He wrote 2 proposals for art displays in our area.

One was specifically for artists that are for parents. They offered a stipend, childcare and space to do your work. It takes awhile to think, and write up a proposal! He submitted it, and sent in his fee.

He got an email yesterday that they were cancelling the the proposal. They didn't do their research, and weren't equip to watch children. He gets his $40 back, but doesn't get his time back for writing the proposal. He doesn't even know if anyone looked at his proposal. He was really excited about it. Now he's pissed.

The other proposal he wrote...that one is on hold because the business decided to move. Yet another disappointment.

Job leads seem to be on a stand still.

Our YMCA membership is on a 3 month hold after this month.

Isaak was supposed to test this month for his next stripe in Ju-Jitsu. We showed up last week with our $25. Sensei said they'd test this week.

We went in to have him get tested last night, and Sensei wasn't there. He was at school conferences. You can't tell me he didn't know about that last week. His helper said, "It will have to happen next week." Well...we're on a 3 month hold after this week is over. They knew that. Travis and I were both upset.


I swear I'm thinking of sneaking into the Y to get him tested next week.

We already were told by one Y instructor to just come to sneak into her class anyway.

We were supposed to get our $600 back from our Health Insurance for the kid's Tamiflu.

We got a letter saying that we didn't mark down how many days they took it, so they cancelled the claim. We took it to the Pharmacist. They submitted it, but told us it can take up to 10 weeks to get that money. What a mess!

Two doctors told my sister that they think my nephew Emerson has a tethered spinal cord.

That means he will need spinal surgery ASAP. It doesn't show up until kids start growing. The success of the surgery is usually pretty good. But it's major.

Now on with the good. We need more good. It needs to be as heavy as the bad for balance.

My Dad is healing with his heart surgery.

Mica won 1st place in his story, and will get awarded next month.

Travis' old boss said, "If we have someone buy into us, which someone is interested - We want you back." He doesn't know that he wants to go back. Sometimes a job is a job. He doesn't know if this will even happen. He's frustrated. He said, "If that happens the boss man and I will have a long talk before I accept."
Travis does have job leads - they may be going no where right now, but they are leads none the less. That is both good and bad.

The boys are doing well in school.
Posted by An Apel a Day at 2:14 PM

I would ABSOLUTELY go in for the stripe test. The instructor totally knew that he wasn't going to be there and should have told you.

My nephew did get spinal surgery for a tethered spinal cord. It was very successful. So hopefully it will be for your nephew also.
I have had lots of bad things happen the past few years, but when something good happens I do appreciate it more! Hopefully more good things will happen to you all soon!
twinkle at optonline dot net

I'm sending huge hugs Alissa; I know this is an incredibly stressful time for you and I hope good things happen FAST!

Oh dear really sorry these few months have had so many bads, but keep as positive as you can and more good will come I'm sure.

I'd definitely go back for the test too since it was scheduled this month but due to some circumstances, just had to be pushed back. Go and don't feel bad!

I'd be pretty ticked about the test. I do think you should go back in and have them do it anyway!

When things go this bad for us, I can only sit there and think "It can only go up from here!" Here's hoping it starts looking up for you soon!

I'd definitely go back in to get tested too! He deserves it. :)

Good luck to your husband. I had a big surprise looking for work when we moved to Michigan. A really big one. I ended up taking a job in a school making less than half of what I'd made the last decade and a half in our previous state. It was interesting to be in K-12 since I'd previously only been in higher ed. admin., but the pay was so bad. The kids... big bonus... loved the kids. Everything else, including how the board ran the school, pfht.

Good luck to your husband, I hope the door closing absolutely leads to a better one opening.

That is a lot to get dumped on at once. February is difficult enough just by itself! I hope that some job opportunities come up very soon. And that the health insurance jumps on that refund.

I think he should go back and get tested also. That is bull!!
I feel so bad for Travis. Being without a job is probably weighing on him more than you know.
I think when spring rolls around, there will probably be more jobs opening and he will have lady luck on his side then. I have my fingers crossed.

When it rains, it pours. I hope March is a better month for your whole family.

I would totally go in for testing.. and if they say anything, I would point out it was supposed to happen before the hold, so they need to honor it... especially being that you have gone for so long, I don't see them being mean about it.
Hope it gets better soon for you guys, I know what you mean about when it rains it pours. HUGS to you

Hope Emerson doesn't need the surgery, and your husband finds a job soon. You'll be in my prayers.