I know this is going up later than usual. The boys were at a library lock in last night until 10. The cousins they have that are their same ages spent the night. We went to Lowes Clinic this morning, and out to pick mulberries this afternoon.

I'm doing something a little different this week. I'm just going to show you where I'm at with that poster I was/am working on. It's a collaboration with a co-worker. I'm doing all the coloring. I scanned in watercolor and salt textures. Then I've been color things in the computer. As soon as I thought I was done something else came up to do all week long. Next week I'll show a new artist. 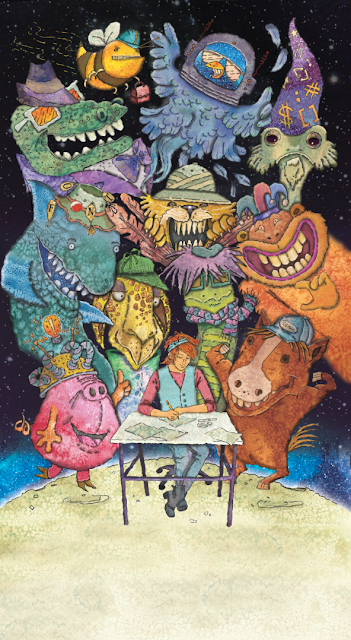 The bottom space is for type. 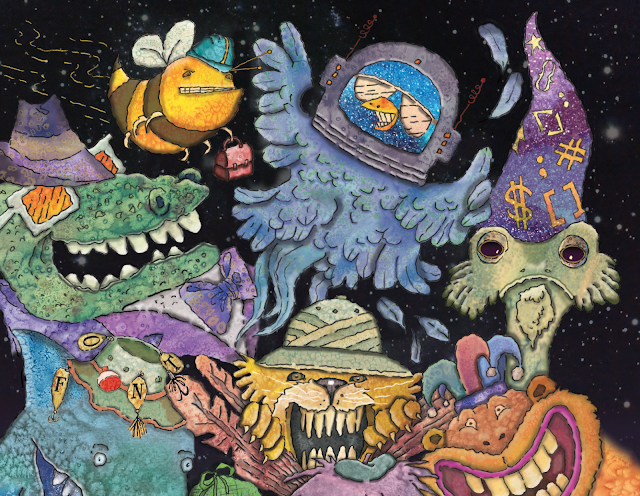 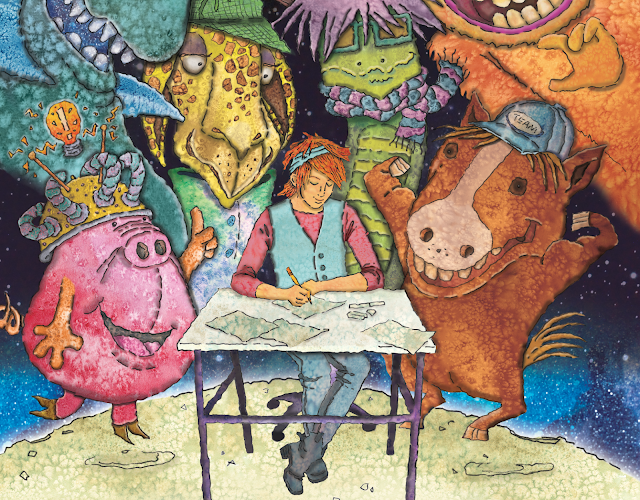 After I was well into starting the poster I was told that each character would need to be done in a separate document to use for PowerPoints, stickers, and other things. I knew it would be a pain. It's kind of like going backwards. The monkey they now want to be shown juggling. That almost started an argument with my boss and his wife.

Here's some that I've worked on: 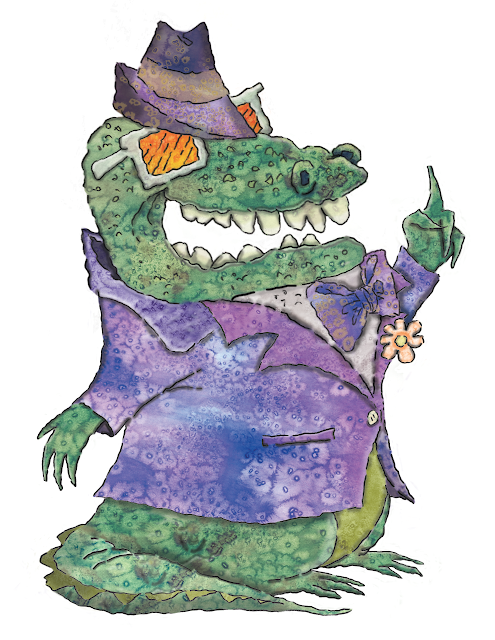 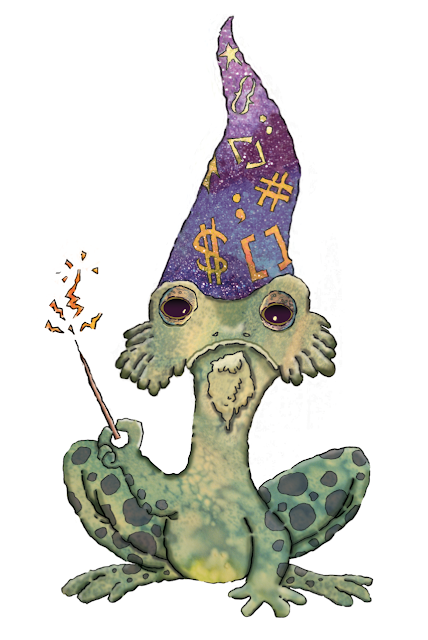 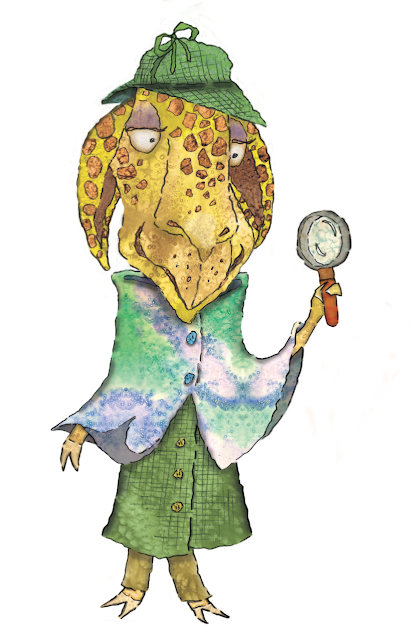 Now I'm working on that juggling monkey.
Posted by An Apel a Day at 10:33 PM

Email ThisBlogThis!Share to TwitterShare to FacebookShare to Pinterest
Labels: Out of the Box, Saturday

That is a cool poster. It's a little busy, but I suppose that's the point, huh?

So you are putting a heck of a lot of work into that poster. Looking good though.

Wow! These are awesome, but sounds like a lot of work. Very cool!

Yep that's the point - she's busy sketching all those animals. I didn't draw it. Just colored it. Some of the drawings of the animals I like, some I don't.

I think you are doing an amazing job. Someday I want to actually learn how to use my Photoshop. This looks like a lot of work, but I bet it's fun sometimes too!

Wooow...Alissa..it looks amazing!And the colors are nice..Love the work, although, as you said, it might be a bit complicated..

I love this poster! It is fantastic. Very unique and colorful! Super job.
twinkle at optonline dot net