Mica wasn't too excited about his camp the first day. Then he was all about it.

Day 1: They got homework to memorize 2 songs, Wicked's No Good Deed, and Michael Jackson's Bad.

Day 2: They got homework to memorize 1 song, Hercules Zero to Hero.

Day 3: They had to write a story they wanted to act out. 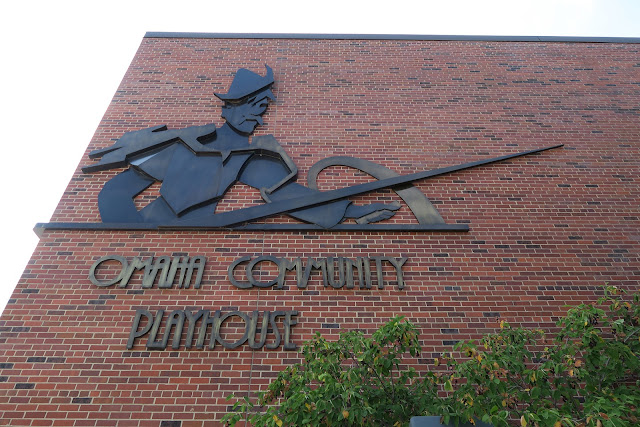 I think Mica was slightly thrown off because they had a new director and teachers that did things differently than the ones he had before. Mica doesn't like change very much.

The old director and teachers had the kids just act out, and dance to things to songs they played out loud.

Their "light sabers" they used during the show: 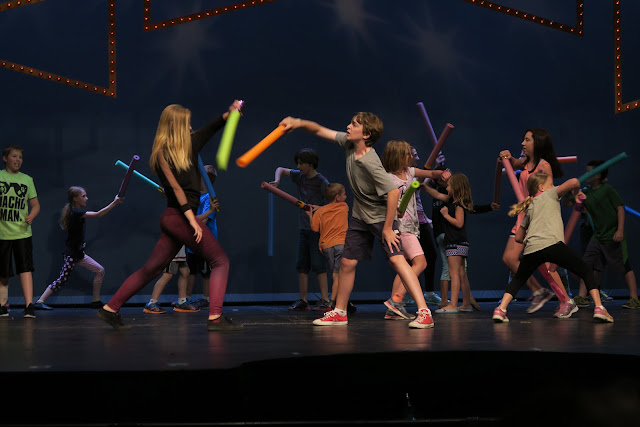 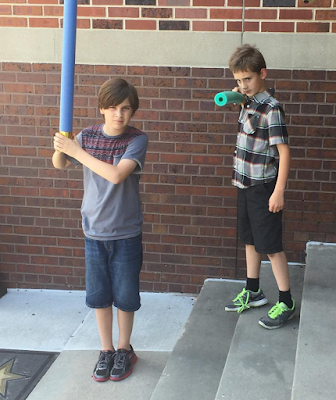 The new director and teachers had them sing, act, dance, write their own acts, and edited their acts down. A lot more was on the kids to do.

Isaak wrote a 2 page paper that he wanted acted out, but it had to be edited way down.

Any time they gave Mica dance moves to do, he got thrown when they had him change the moves.

Mica also likes to sing, but isn't super gifted in that area. He loves to act. He can memorize lines fairly easily. That's a hard one because a lot of children's theater they want kids to be able to sing really well.

Isaak really a pretty good singer, but has trouble memorizing lines. The opposite of Mica for sure.

Was it perfect? No! Did they learn a lot? Yes!

They came home singing, and singing. In fact they are still singing. I got the question, "What song, or act did you like the best Mom?" about 5 times from each kid. They told me about upstage and downstage.

A little off key at times, but here's Zero to Hero.


The one that had me rolling is when Isaak was in the shower. He was singing and singing the Wicked song, No Good Deed. He was singing pretty good. I tried to sneak up to record his singing. He used improvisation to continue the song, and went back to it.


All the singing and dancing must have worn little Isaak out. I told him to go read, and he was out like a light. I had to wake him up 2 hours later. He still was tired after I woke him. We all need a nap from time to time. 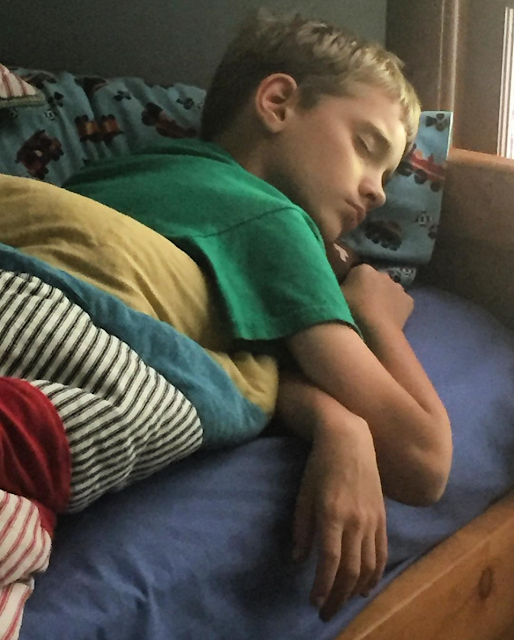 My parents packed me off to Camp Arcade in the Sierra Nevada mountains every summer when I was that age. I hated it. As I recall, we went on hikes, did boating and swimming. I didn't know it at the time but it was run pretty much like a military camp.

Times have changed, clearly. Glad the kids are enjoying it.

That's funny you snuck up on your son in the shower. :) How fun, they're making good summer memories in there singing and dancing!

Oh, that singing is so hilarious and cute! I am your master! Bwahahaa!

Awww, that is so cute. My kids had no interest in summer camps this year, so they aren't doing any.

I took acting camp as a kid.. it was fun...
I am sure they will look back and be appreciative of all the things you allowed them to experience through the years.

Wooow...my kids still go to school until next week and we don't enroll them to any summer camp yet. This one looks interesting, Alissa.