If you remember last week I mentioned that we had a middle school open house for Mica last Tuesday night. We took 2 of our nephews with us because my sister was still at the hospital with my nephew Emerson. 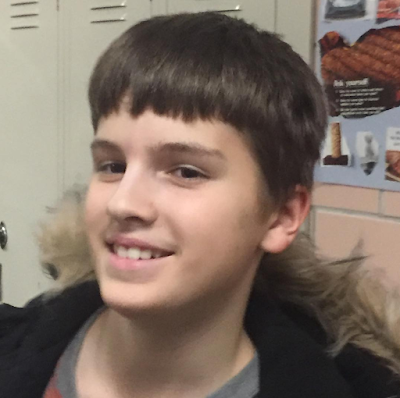 That whole night went fine. To get into middle schools in the district we had to fill out paperwork with our top three choices.

Of course Mica wants to go to the school that's in the most dangerous part of town. It's the best school in our opinion. When we walked into that school last year they had a hydroponic system going to grow plants, it's the only middle school in the metro that has their own planetarium, and they had all these tools set out under a sink. What were they teaching? Plumbing of course.

The open house he went to recently is a school closer to our home. It's his 2nd choice. No bells and whistles, but it is close. They do have a pool and weight room that they never showed us.

His last choice is a magnet school that gets money from Warren Buffet's foundation. Their focus is on journalism and broadcasting. Those aren't really Mica's areas of interest, nor are they taken seriously now a days, but the school is nice because of the funds they get. It's always filled, so I doubt he'll go to that one.

More on middle schools later. It's a lottery system, so we'll see what he gets into soon enough.

Isaak and my nephew Edison are in the photo below. Edison was keeping us entertained that night! These two thought they were ready to go to middle school. 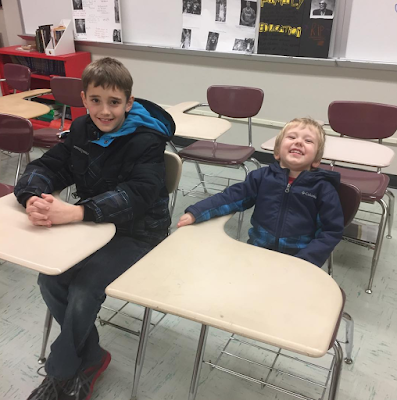 I never knew picking out a middle school was going to be such a pain.


What age does middle school start where you live?
Posted by An Apel a Day at 2:16 PM

The better of the middle schools is in the hood here and Allison was pissed when I decided she was staying within our district (All of her friends transferred to that school). I wasn't driving into that part of town twice a day and I knew she wouldn't get up at 5am to ride the bus there. The only thing I feel she's missing out on though is they started teaching Spanish in 6th grade there. Allison started this year, so she's a year behind. I think she'll be able to catch up quickly once she hits high school though.

We had one middle school when I was a kid. Period. I think it was better that way...easier on the parents. And yes, I'd def. get him a cell. The bus can be late, drop your kids off with no parent around (not an issue in middle school so much, but I've seen it with really little kids), etc. A cell phone will give you peace of mind and be a great safety precaution!

We had chosen the middle school for Bo as it starts on the 6th grade here in NYC. All the papers have to go through before December 2016. Most of the docs were done by the school, though..so, it was not very complicated for us

that is weird.
here middle school is 6, 7 and 8 grade.
also, you are zoned for a school and that is where you go. you can try "SCHOOL CHOICE" and with that you apply and its a lottery to if you get chosen