Below are pictures of the rain outside my car's windows. No worries, I was stopped at a long light. I don't text, or photography anything, while I drive. 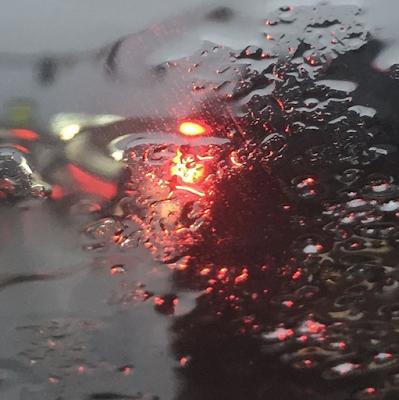 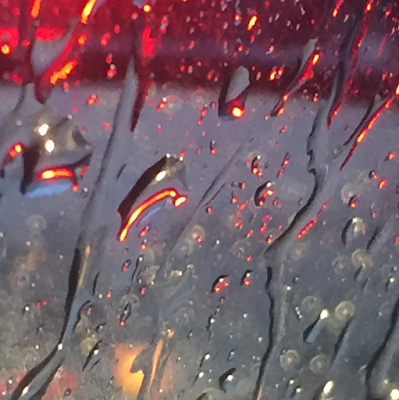 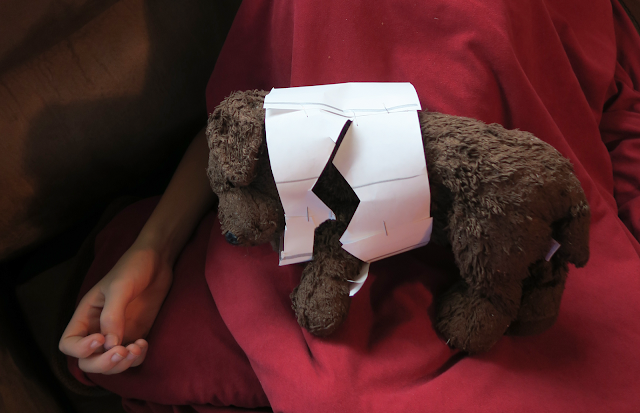 Did you get into sports when you were a kid?

What's something random in your week?
Posted by An Apel a Day at 11:59 AM

We're supposed to dip back down to cold temps this weekend, but they are supposed to go back up again next week. No complaints here! To say we had a mild winter is an understatement.

I'm glad Mica loves to read so much. My oldest used to be a voracious reader until her last 2 years of high school when she over filled her plate with all Honors and AP classes. She will stop to read anything Harry Potter related, but other than that, it's all work and no play for her.

It's warm here, I'm happy to say. My youngest likes to read. My daughter does sometimes. My two oldest used to, but they don't make time much for it anymore. Same with me. I love it, but I don't have a lot of time to indulge in it. :)

Hurrah for soccer. I have a had two soccer players out of my four. I never was good at sports so I get excited when the kids are... it's fun to cheer 'em on. ;)

Woodstock...I'd love to experience it myself if they have it again! This week, I was again assigned to Geneve and really have not enough time to prepare my trip :(

Kids are always so funny when they talk about history. Obviously, anyone older than them was old enough to "be there". :)

The rain on your windshield looks pretty. Glad to know you were at a red light, though I don't envy the actual driving you had to do when the light changed. It looks like it was raining pretty hard that day. :(

Never into sports... love watching them though. Broxton likes trying them all out right now. He wants football, but I said not a chance. If he wants to play football, I said he has to.do 2 seasons of flag football first to know the game.... too easy to get hurt