I do enjoy a romantic comedy every once in awhile. It seems that by having boys I tend to watch mostly action flicks these days. Level 33 has a new film 1 Night. It has romance, comedy, and drama. I loved watching something different for once.

It also stars Isabelle Fuhrman (The Hunger Games) and Kyle Allen (The Path):

Written and Directed By: Minhal Baig

1 Night discusses relationships. They are not always easy because you have to work at them. It is about rekindling that passion and love as well as finding it for the first time, by following two couples at different stages of their romance.

30 something Elizabeth (Anna Camp) must decide whether to salvage her relationship with Drew (Justin Chatwin) after much personal disappointment.

Past and present collide as two couples explore love over the course of one night at a hotel.

It’s perfect for Valentine’s Day and after all isn’t February the month of love?

Watch 1 Night. It's on demand, and in a theater near you. 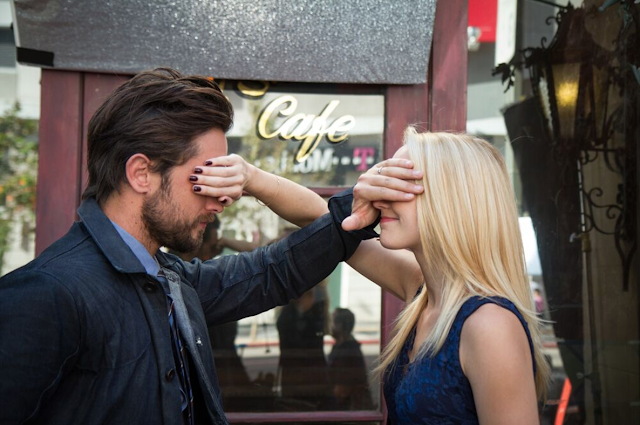 1 Night is a sweet movie. I forgot how difficult dating really is. It was neat how they had 2 stories going on, and them coming together.

One of my readers is going to win 1 Night. You will win a digital or dvd - the sponsor will choose, but try to accommodate what you'd prefer. The giveaway is open to residents of the US, 18+, and will run through 3/1. Winner will have 24 hours to respond to the email before a new winner is selected.

No PO Boxes. Open to the US.

Disclaimer: I received 1 Night to assist with this review. I wrote this post, and was not influenced at all with an opinion. I only review things that I find interesting, or that would benefit my readers or family. This was provided to me from Level 33 and Tether Group.
Posted by An Apel a Day at 12:05 PM

My ideal date night is dinner and a movie, because I love movies and I love to eat. What?

My favorite scene is when they take a dip in the pool.

I really enjoyed this movie. I had to look up the actors to see what else they played in because I liked them all so much!

ideal date? adventure night to the beach or the mountain, stargazing and taking tons of photos LOL. I just love it and I think it's romantic :)

My idea of a perfect movie night is one with me and my wife. Thanks for the giveaway. I hope that I win. Bernie W BWallace1980(at)hotmail(d0t)com

My favorite scene is when the girl falls in the pool. Thanks for the giveaway, I hope that I win. Bernie W BWallace1980(at)hotmail(d0t)com

Haaa. Dating.... that was ages ago