Mica had his District Spelling Bee last week. I was more nervous than he was.

We had no idea what to expect in a lot of regards: How many kids was he up against? How long would it take? What would happen if he did happen to win? 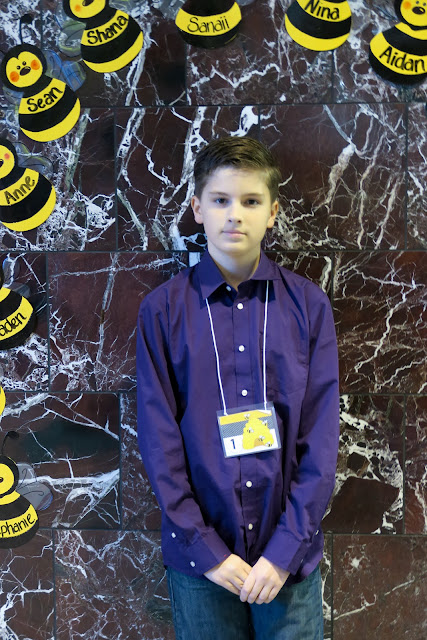 The program answered that he was against 29 students. 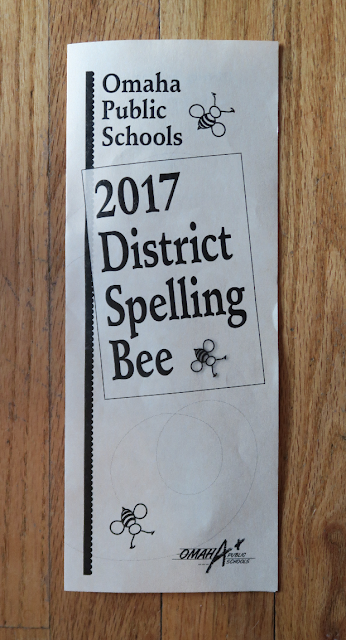 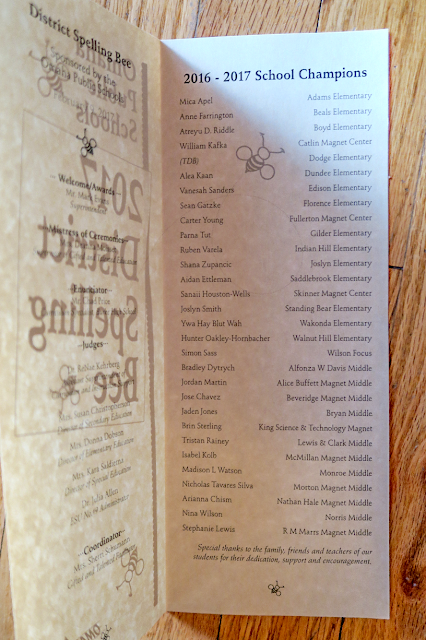 Practicing moving the microphone up and down: 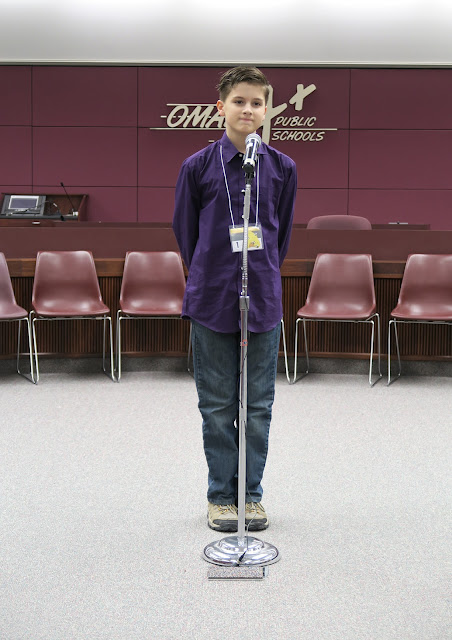 During the Spelling Bee they wouldn't let us take photos.

Mica's the third one in the back. That's as close as I could get. 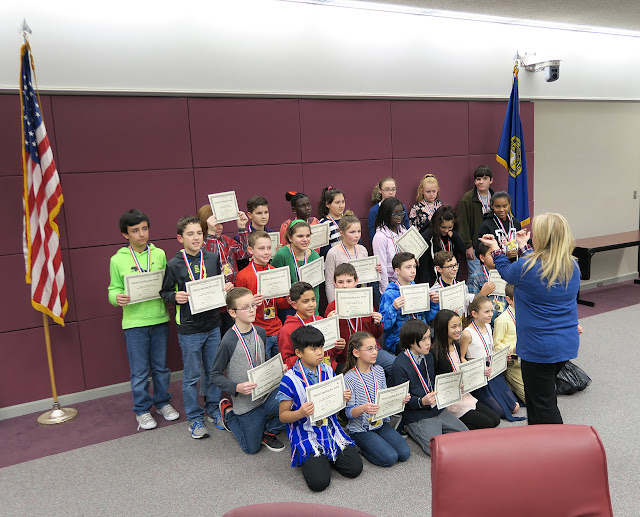 He went through the written round. It was nerve racking because he was not asked a single word on his study packet. The packet was pages long, and he knew every word from it. We're still wondering if he even got the correct packet to study from.

Mica sat there with his hands folded, and two of his fingers crossed. He was just hoping they'd call his name off.
They called Mica's name! 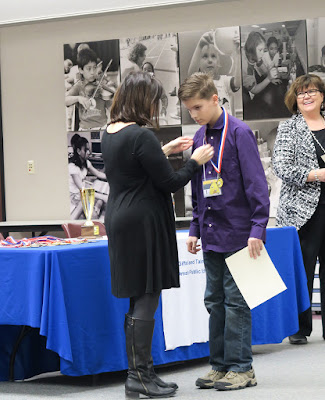 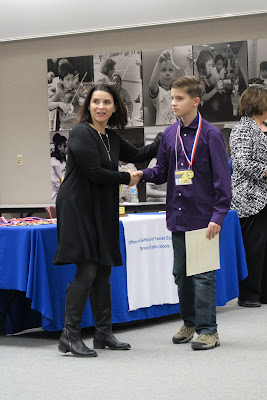 Again there were no words called off from the pages of words he knew.

I don't even remember the word on this round. He did get it right! 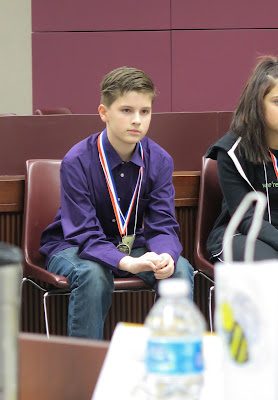 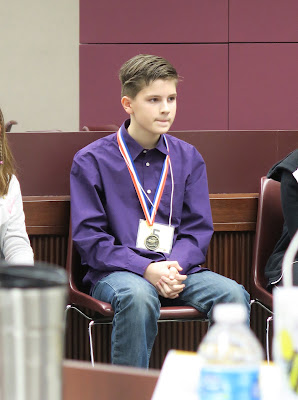 Another word not from the packet. The word was Automaton.

Mica had the guy say the word 4 times. I was thinking, What in the heck is Automation anyhow? I had no idea how I'd spell it.

He spelled it right!

Another word not from the packet. The word was Stipple.

I know what stipple is. I'm an art teacher, my Dad was an art teacher. It's an image done in dots. I was thinking, An easy word. You've got this Mica.

Mica's in 5th grade. He beat out some middle schoolers. We're super proud of him. He felt like the whole thing was unfair. Many acted as though they knew the words. Much like he knew his whole packet. We're still wondering if he got the right packet to study from, or not. It is what it is. I said, "At least you don't have to study for another Spelling Bee this year." He said, "True!" I said, "Maybe you can kick my butt in Scrabble. Now you know so many words, beating me is a given." He said, "Mom you know I don't care for that game." I said, "You can give it a chance though."

He was really worried about what kids at school would say. I said, "You got further than any other kid at your school. You were their star when you won the all school Spelling Bee. Plus your teacher said you got farther than anyone at your school in history! Don't worry about it! You did your best." He said, "True." He was happy to show off his medal the next day. All the kids wanted to see it. 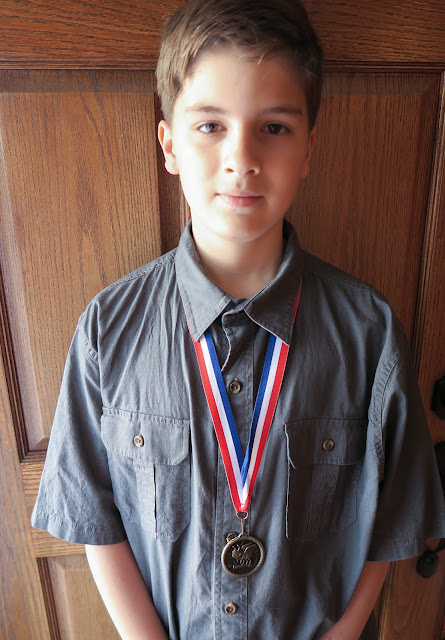 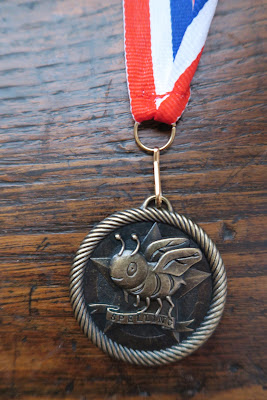 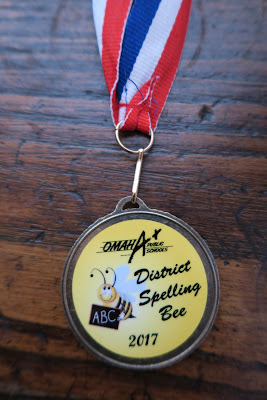 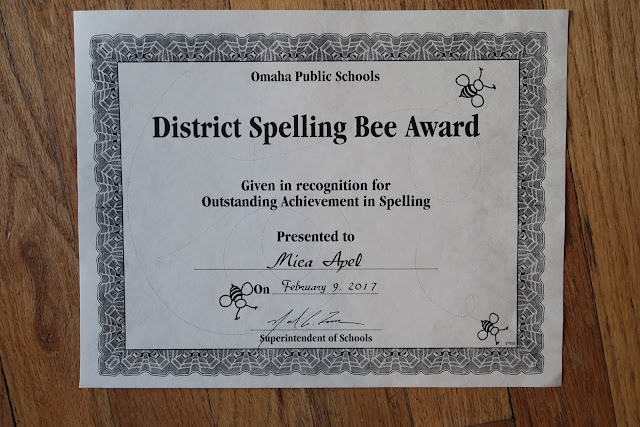 Well done to Mica he should be very proud nice photos especially with his medal :-)

He did great. Congrats Mica!!! Especially since none of the words from his study pack came out.. all the reading he does really paid off :)

Fantastic job, especially with not having received a single word off his list. The medal is really nice!

He did great. Good job to him.

Congratulations to Mica. You did well.

You have every reason to be very proud. You have a good looking boy there & smart too! Woo Hoo!!!

#10 sounds pretty good to me! Congratulations to him!

That is a fantastic showing! Congratulations Mica!
I'd follow up and ask about the packet he was given. Not to be argumentative, but if they made a mistake they should know. It could help the next kid.

It's SO hard to have kids that age who compete. Your boy did well and has nothing to worry about.

My kids used to compete in karate tournaments. We went all over Georgia, Tennessee, and North Carolina among other places. I used to be so stressed out. I only wanted them to not get hurt, but I knew they both wanted to win trophies.

I'm glad that part of having children is over for me. But now, I have to worry about their competitions at work.

So it never ends, Alissa.

AWESOME!
Way to go Mica!!!
He looks so grown in these photos.
So proud of him!

Congratulations to Mica!He is a smart guy and beautiful photos too!

Bravoooooo Mica.. I would be as nervous as you were, Alissa :)