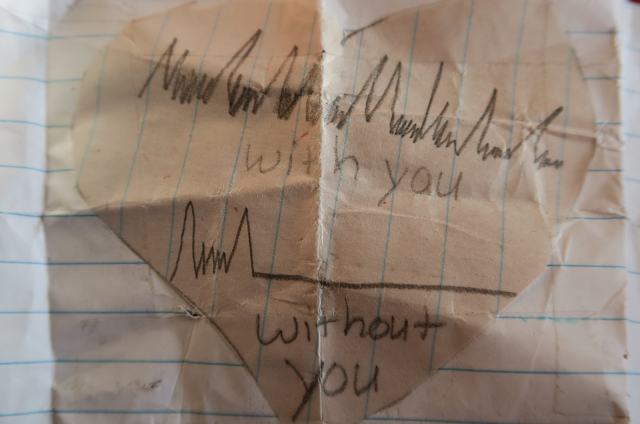 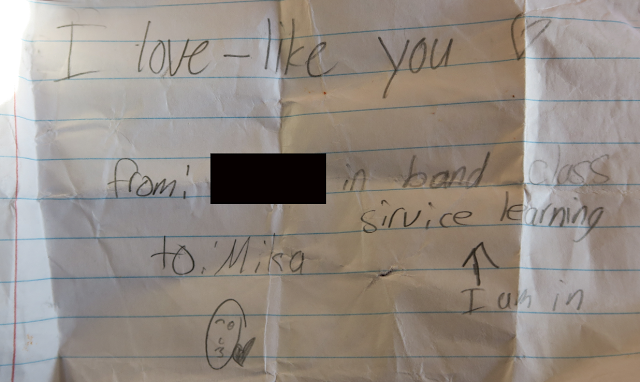 What kind of advice would you give a 12 year old on the opposite sex?
Posted by An Apel a Day at 4:54 PM

Awe, young love is so funny and cute. Probably not to Mica, but still. Mariah didn't have a boyfriend until like 9th grade so we didn't go through this. Allison has had a few little boys coming around, but none have stuck for very long, thankfully. Most of their communication is online, so we don't see these written notes come though (though I do read her online messages to make sure nothing creepy is coming through)

Good luck to Mica (and you!) He's such a cutie, I'm afraid you'll be beating the girls back from here on out ;)

So this whole note thing was a dare? Or did she really love/like him? I remember being 12 and going to a classmate's party down the street. They were playing spin the bottle. We didn't become friends. I walked home. (Because I was just down the street.) At least you've given Mica the option to opt out with an excuse (his parents). It's good he doesn't feel he needs to be roped into this.

Mandy, The note and the dare situation were 2 different girls. I hope all this doesn't go to his head.