As Larry David in Curb Your Enthusiasm would say... 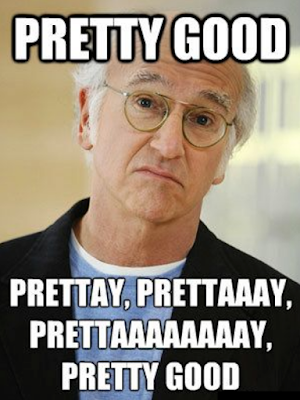 He did have a scare when we were on vacation. He lost 1/2 of his blood. It's a miracle, or he's lucky to be alive if you don't believe in miracles.

He's still pretty with it. Don't get me wrong, the brain gets tired just like everything else does. Sometimes he'll forget things that happened, mix up his great grandchildren, or forget that someone passed away. BUT he still has a sense of humor, he can still vocalize what his needs are, he loves us, and is a giving man.

I made him take usies with me: 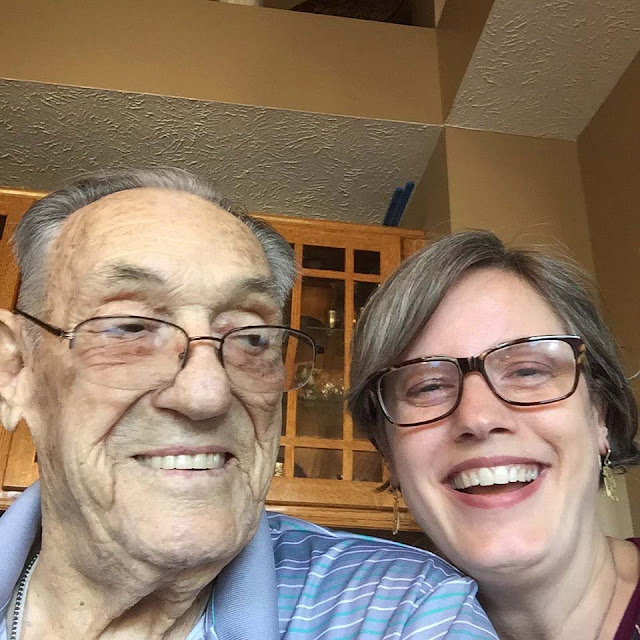 He kept making faces, and I told him to "Stop it!" 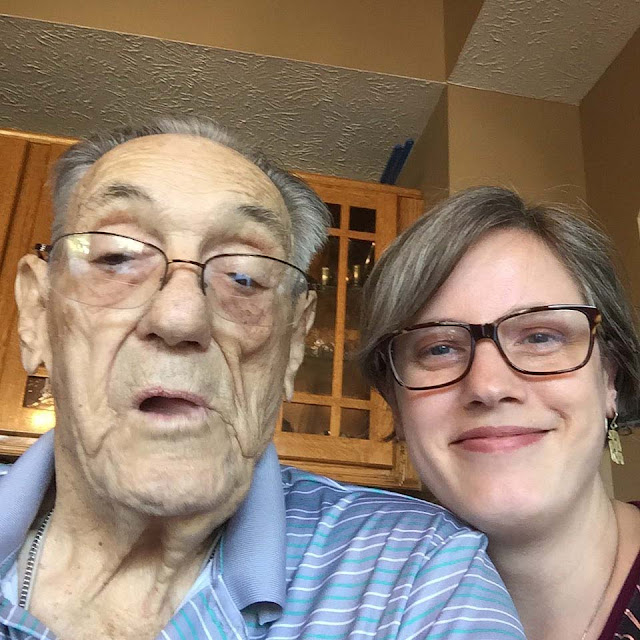 We got together at my Aunt's house for fried chicken, potato salad, bbq beans, and a Costco cake. If you haven't gotten a Costco cake, you're missing out! It's inexpensive, and good! 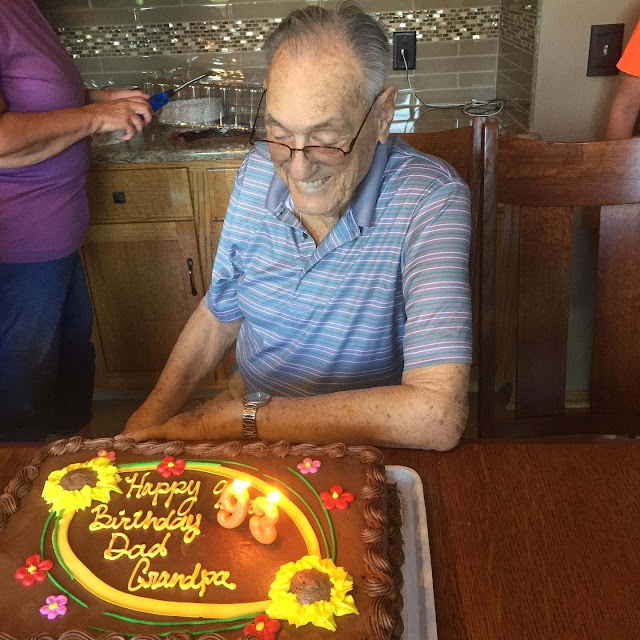 Here's most of the Great Grands. Minus 3. My niece lives in KC, and my nephew (her brother) didn't hear us call them to come pose with Grandpa. They are the two oldest ones in the family. Often we mix them up for grands. I have a cousin that's the same age as my niece. Emerson is heavy, and won't stand up on his own, so he's missing too. All together he has 4 daughters, 9 grands, and 15 great grands. 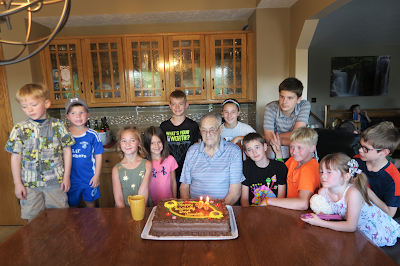 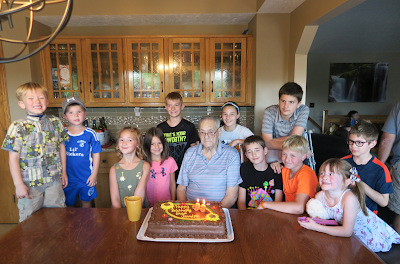 What's the oldest someone has lived in your family?
Posted by An Apel a Day at 11:02 AM

Happy happy birthday to your Grandpa. Such a lovely photo with the big family and his grand and great grand children.

Happy belated birthday to your grandpa! Looks like he had a good one.

Looks like a great party! Glad he's doing better. My grandparents are approaching his age. Because I'm close to them, I worry more and more about them every day. :(

Happy Birthday to him. My great grandpa lived to be 99. :)