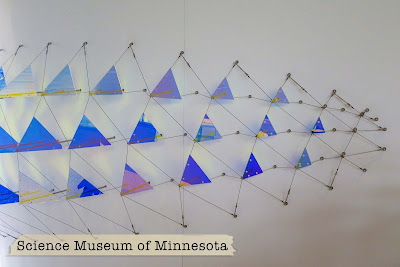 Varies on a lot of things. Do you want tickets to go to their Omni Theater as well? There's differences on age as well. Check out prices on their website before going.

We started out going to their Omni Theater to see Apollo 11, ate, and then went into the museum.

Had I known that the museum would be swarmed with kids, I would have gone somewhere else in the morning. Then headed to the museum after lunch to whenever we felt like leaving. There were so many camp and daycare kids. It was hard to just enjoy.

The upside, the food (brick oven pizza) for lunch was actually pretty good. I didn't think it was more expensive than other places.

Meeting of the Minds:

I met my friend Debbie there. We've been friends, since preschool. Her son Joey and Isaak are the same age. They get along so well. I wish they could hang out more. You'll see another kid in some pictures, that's Joey.

I also got to hang out with my friend Rae and her daughter's Maddie and Ava. I didn't take any photos that night because we hung out at her house. Rae was trying to convince us to move to Minneapolis. While we loved the visit and how progressive the city is compared to Omaha; I don't think I'd like the even colder winters, not being around family, and despite Isaak's crappy year in school Nebraska has wonderful schools. 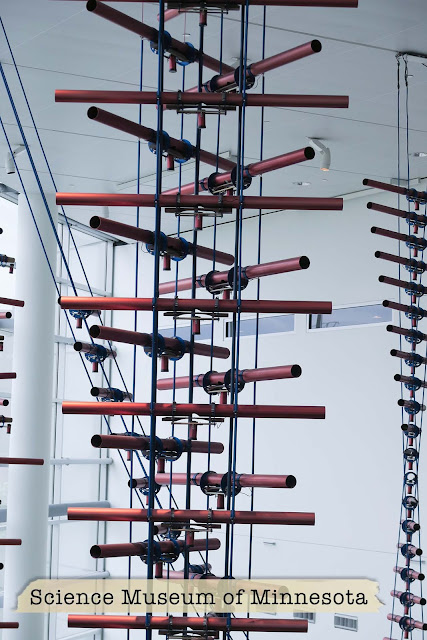 Without paying yet, the boys had fun in the lobby of the museum. We also spent a lot of time in the gift shop. Mica wanted all kinds of things. I just snapped pictures of those things, for future gift ideas. That's something that's always satisfied the boys, "It will go on your gift list."

They had a lot of simulators in the lobby: 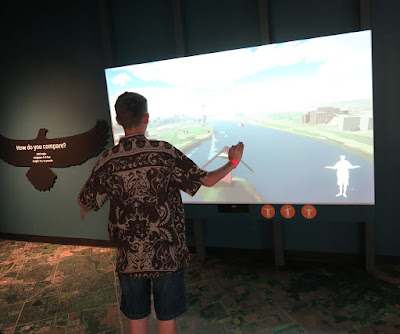 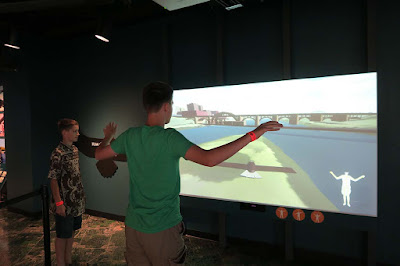 The boys and I had fun shooting our photo to put into this Astronaut's helmet. 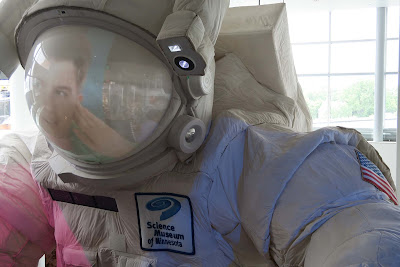 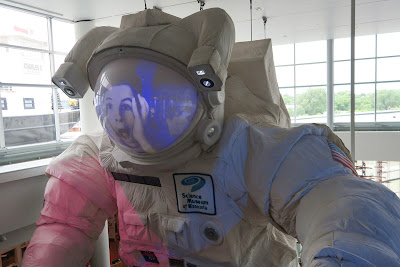 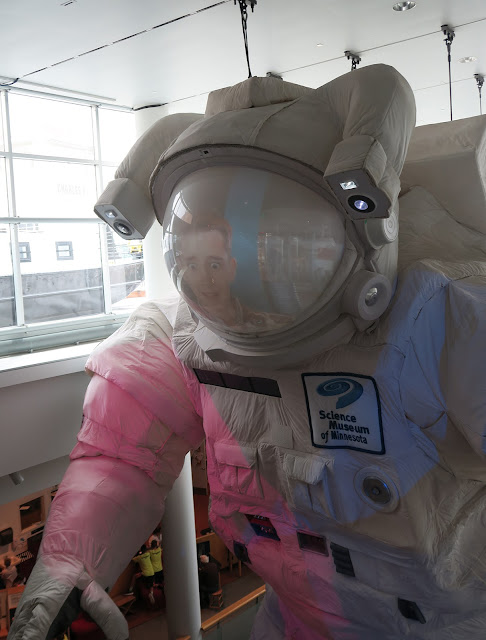 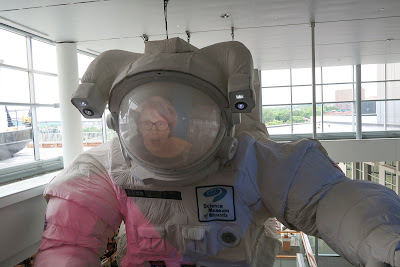 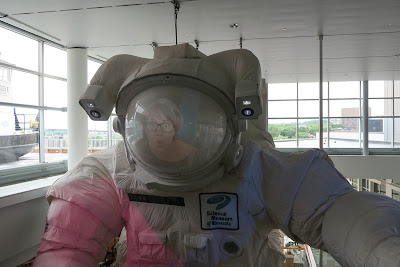 All the boys loved this vibrating chair. 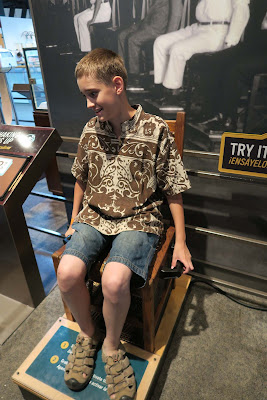 This was about the time my friend Debbie got there, so I slacked on taking a lot of photos. Isaak and Joey hung out from here on out. Debbie and I stayed to be with them. They ran here, there, and everywhere.

Travis and Mica stayed together. They spent time really reading the exhibit things. 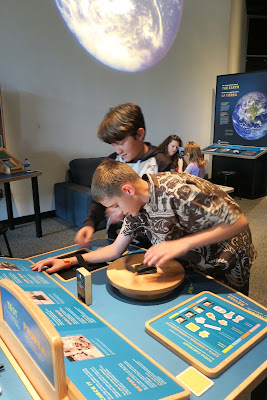 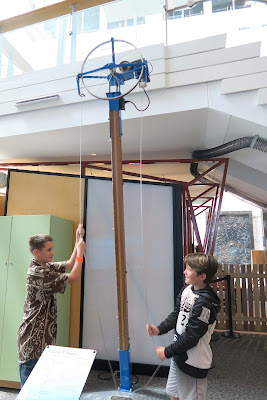 There was this simulator where you dance fast, then retrace your moves slow. The screen shows how in sync you were. 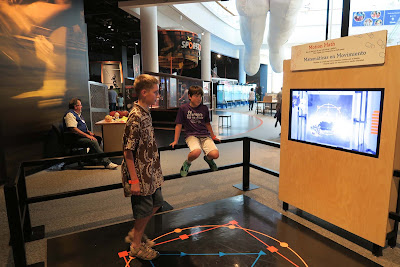 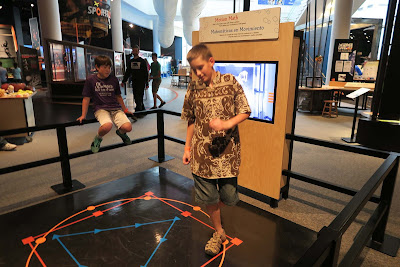 These chairs always remind me of The Three Little Bears. Goldilocks sat in a chair that was huge, then a tiny one. 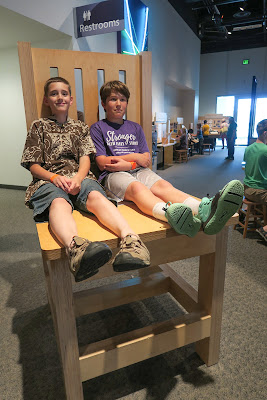 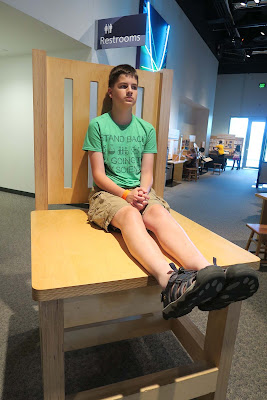 I did make sure we spent time in this exhibit. 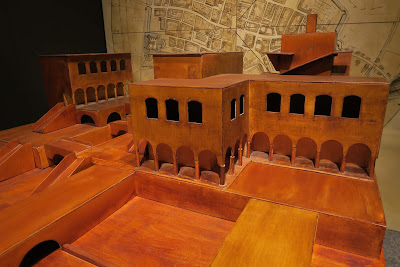 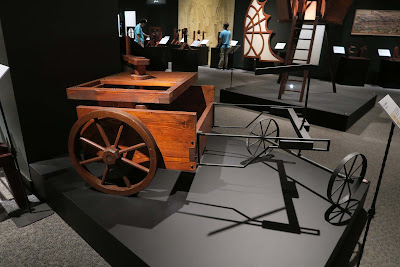 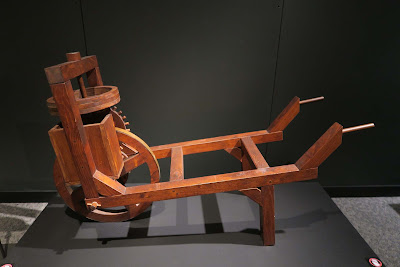 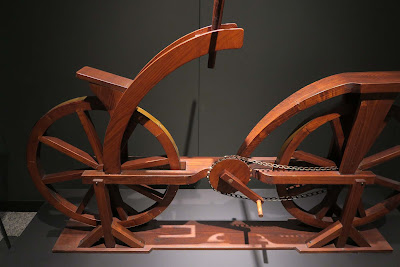 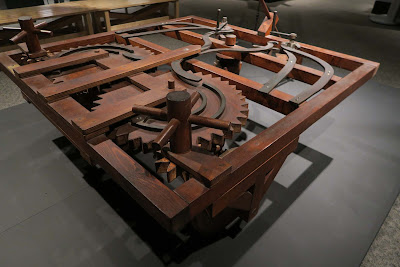 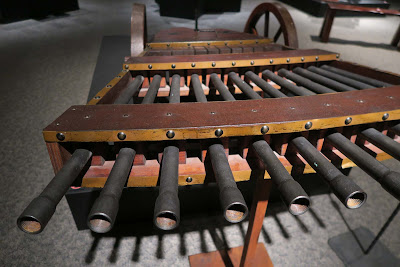 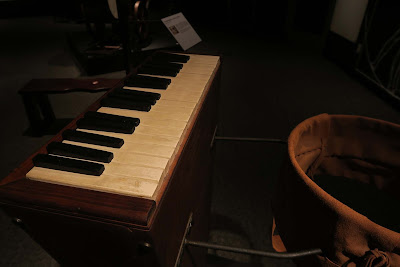 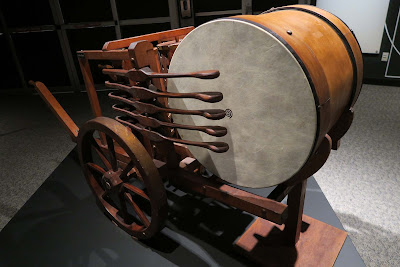 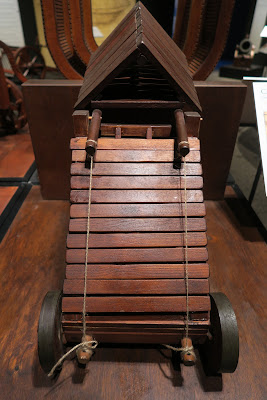 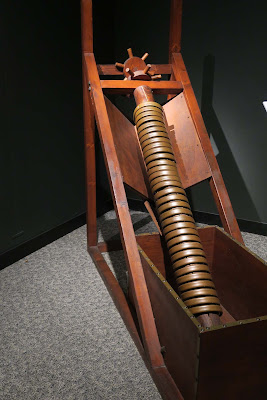 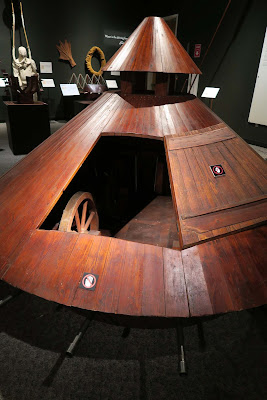 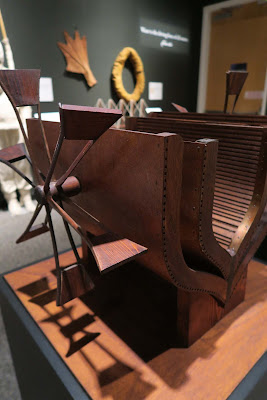 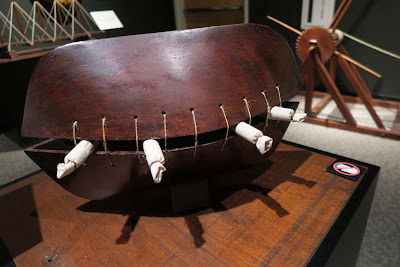 Omaha, Nebraska doesn't have a Science Museum. Probably the closest is in Kansas City, Missouri. It's not the best. My favorite was the one in Chicago. The one featured in this post is great for kids ages 12 and under. It has a lot for smaller kids. Travis at first described it as a Children's Museum/Science Museum. He did enjoy the special exhibits.

Where's the best science museum that you've been to?

Disclaimer: This is not a paid review. I got no compensation, for writing this post. All opinions are my own.
Posted by An Apel a Day at 9:47 AM

I haven't been here but it looks awesome. I think the one in Chicago is the best one we've been to visit so far. I don't blame you for not moving. Colder is never better in my book. ;)

We did a lot of museum visits in NY, but none of them were really interactive like this one. I like it when kids can get some hands on learning in museums. This one looks like a lot of fun!