We didn't have planned in the books that we were going to go out of town this weekend. Sometimes life and death makes plans that for you.

My husband has has 2 people in connection with the lab he works at pass away suddenly last week.

One was the owner's brother. He passed away from a heart attack.

The other was a fiancée of a girl that works at the lab. He was 31 years old. He left behind his fiancée of course and her two kids that called him, "Dad". He and his fiancée had been together for 5 years. It was one of the hardest funerals I had been to, and I didn't truly know him. I was heart broken for everyone that did.

I cry when I see other people hurting.

His death brought up a lot of discussion with the boys. We talked about depression, that everyone has low spots in their life, suicide, talking about their feelings, death, what to say to people that lost someone they love and more. To me it's so important to talk to the kids as much as we can. We don't have all the answers, but I want them to know we're there if they do need someone to talk to.

After the funeral we traveled around the country roads to go to Homestead National Monument of America. We wanted to see the land of where this wonderful guy grew up. Besides a card, money, and hug driving around to see where he grew up was our best tribute. 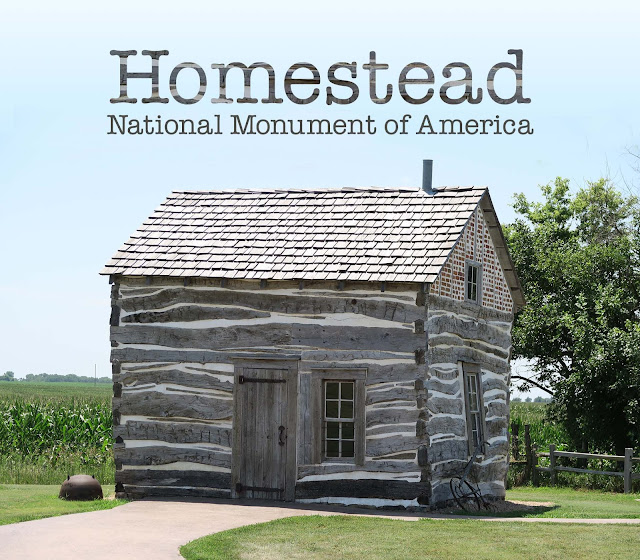 We stopped by their visitor center first. It's a pretty neat-o building. 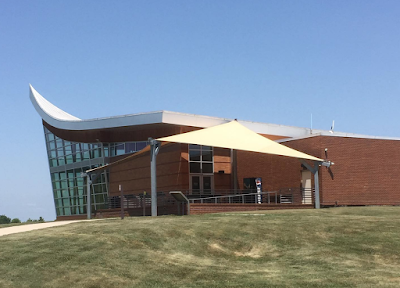 On the side of the building were states that had homestead land given to the people. It's kind of sad because Native American's lived on the land first. They didn't feel like the land was meant to be given away. They felt like the land wasn't anyones.

Nebraska was a homestead state of course. 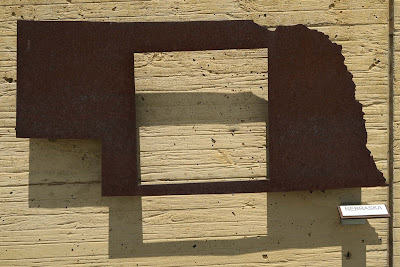 They have a lot of indoor exhibits of course. I love all things old. It was neat to see their displays. 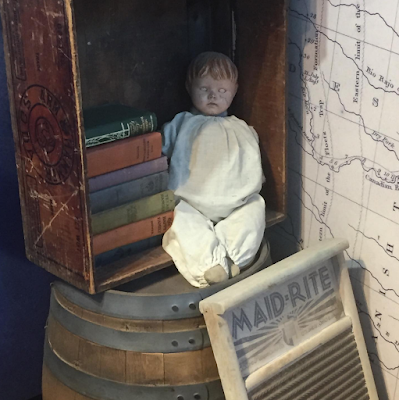 Outside the visitor's center was an old homestead house. We couldn't go in it, but the outside was interesting to see. 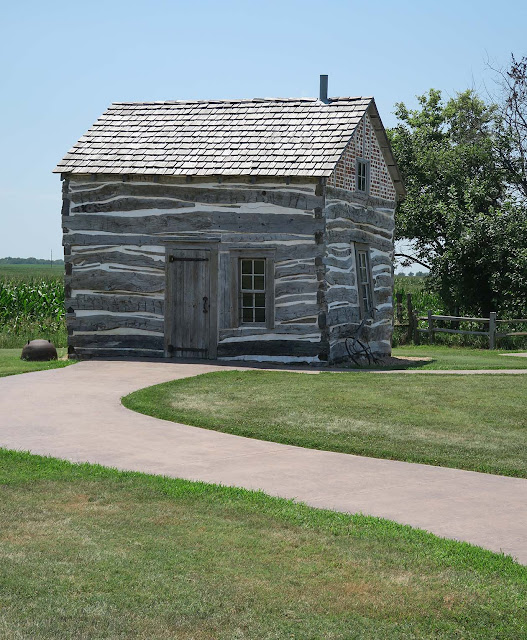 The view from the house was very pretty! They own 195 acres. Each fence post had a different barbed wire fence attached to it. 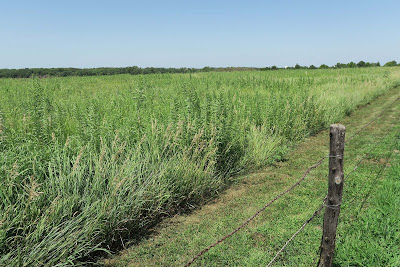 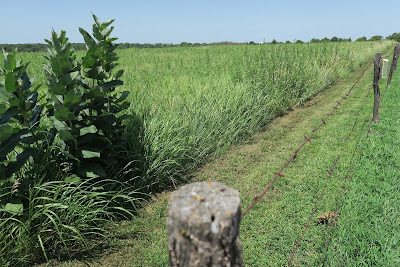 They had a few other indoor displays to see. One had a train exhibit. Inside was a sculpture/painting of a man farming. 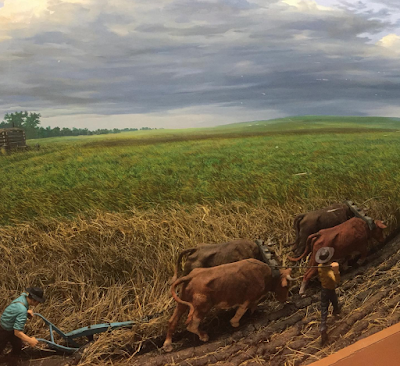 My favorite was the one room school house: 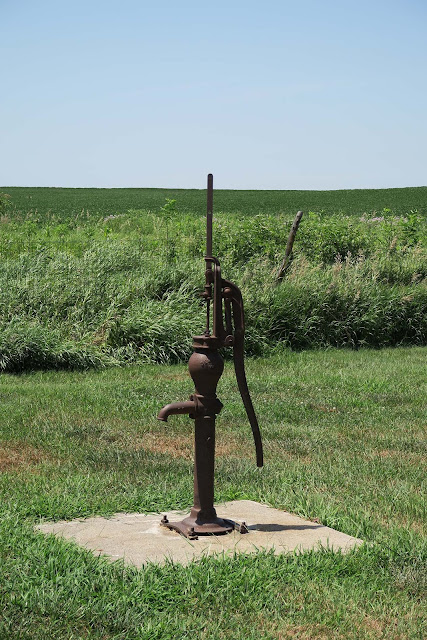 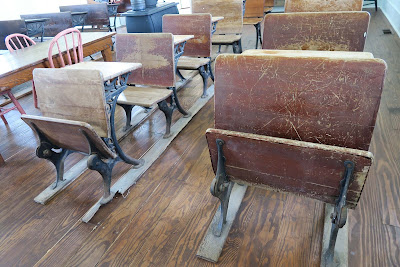 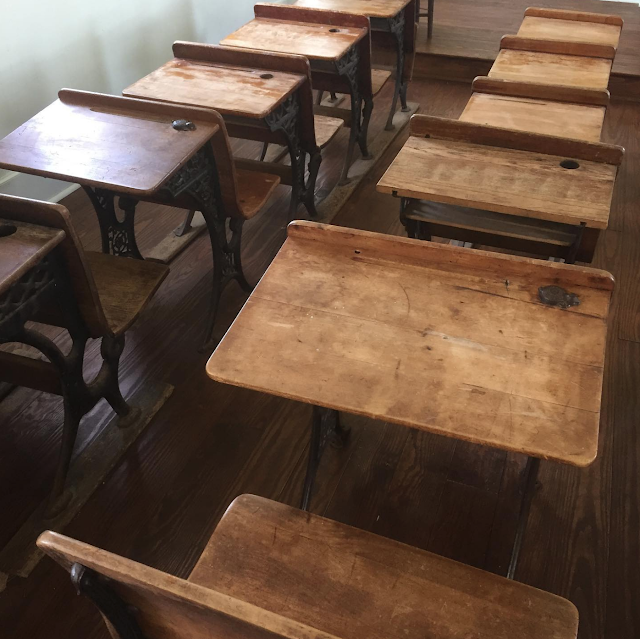 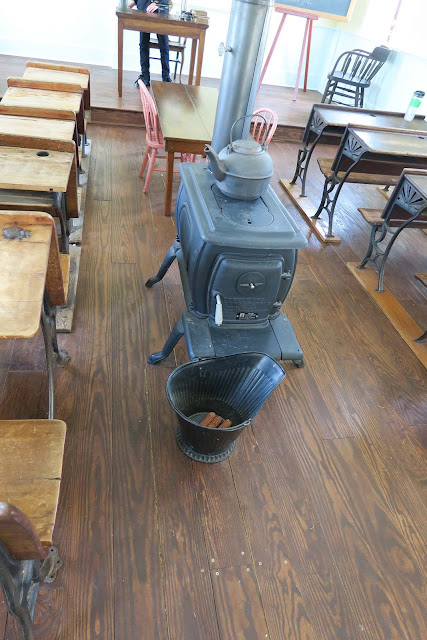 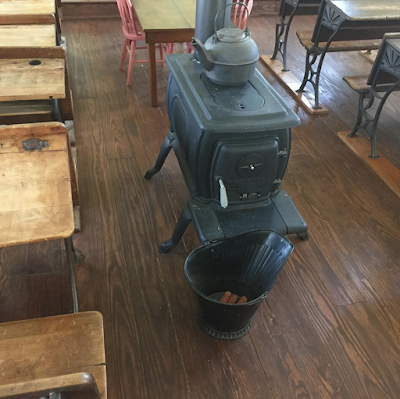 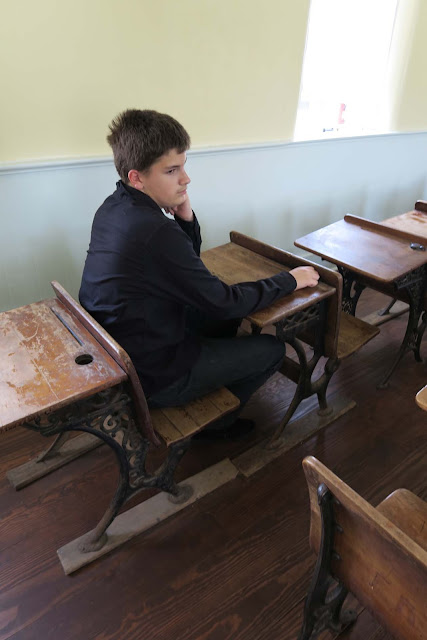 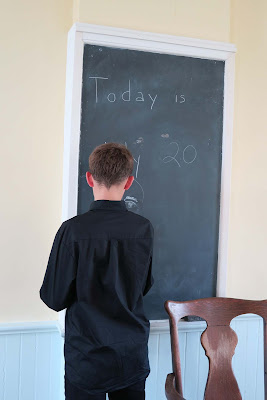 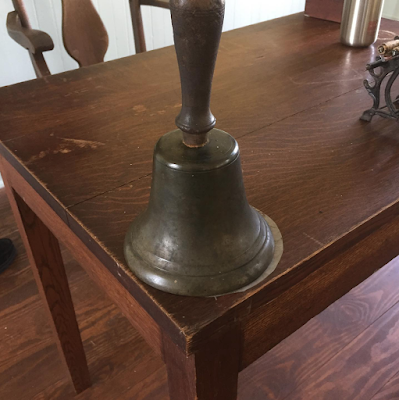 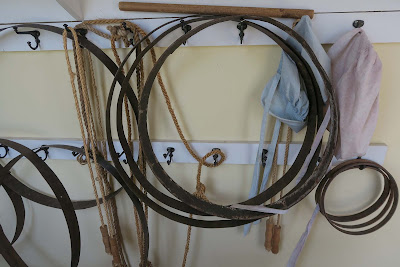 Just inside the school house was a small toad hopping around. Travis didn't want Isaak to pick it up. After he left I let Isaak pick it up. It's not every day a city boy gets to hold a toad.  They are so cute! 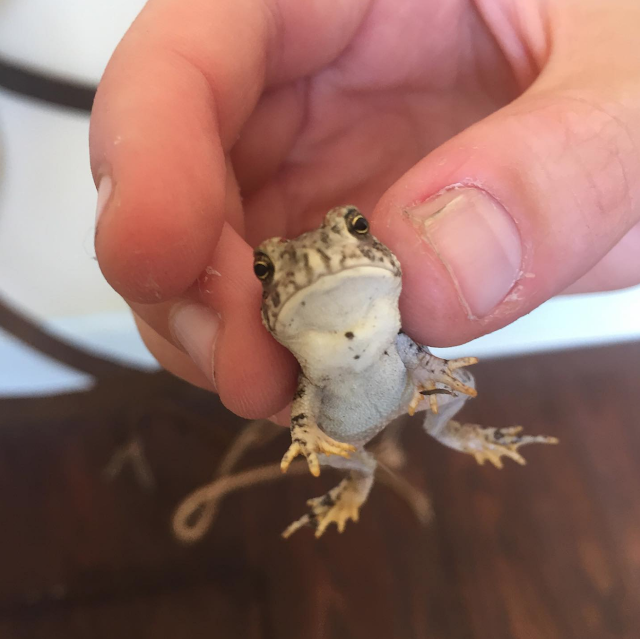 Disclaimer: The Homestead was free to enter. It's the best thing to see in Beatrice, Nebraska. Homestead did not ask me to write this post.
Posted by An Apel a Day at 10:53 AM

That looks like a really fun place to explore. And kudos to you for talking to your kids about depression and suicide. It is horrible that that man died leaving behind so many who loved him very much. <3

It is hard to see other people hurting. I'm sorry to hear the news. The visit you took looks fun. I do like historical places.

Alissa, it reminds me of Laura Ingals Wilder. I am very much interested to know more about part of your history, like our national history as well. Thanks for sharing it. Oh..and I will do the same about the toads

It looks like such an amazing place to visit. So full of history! Those are the kinds of places I really like to explore.

I also hate to see other's hurting. Had to go to a funeral of one of Jason's employees. And while I never knew him, it was hard to fight back the tears watching his friends and families pay their last respects to him.