My kids are hungry all the time. They are a big judgy with food. The just don't like that I'm on a binge of making so many things with dandelions. It's the season. Dandelions are free. Travis isn't working right now, nor is the unemployment money coming in. I think they are good!

Today I made bread. The first thing Mica asked, "Are dandelions in there?" I lied and said, "No! Of course not." I think my nose grew like Pinocchio's. He had it, and it won him over. 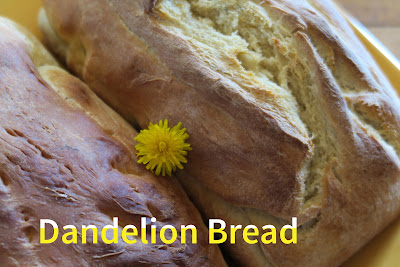 It is really easy to make! I'm always suspicious when it comes to making dough rise. in the past bread was a pain to rise, for me. I decided to try it.

Pick lots of pesticide free dandelions. I had Isaak do this, and Mica pulled on the rest of the plant, or what some might call weed.

Wash the flowers well, trim them off the pedals with a kitchen shears. You need 1/3 cup! That's a lot of dandelions. I had them actually pick more, for me to make Dandelion Jelly - coming up, so stay tuned. 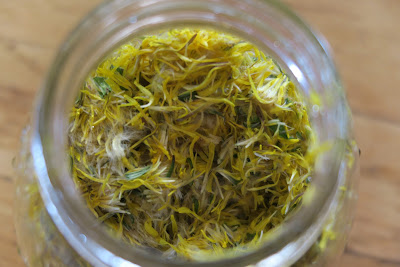 Heat up 1 cup of milk on the stove in a small pot. I used 2%, but I think any milk will do. Add in the dandelions. Whisk, until it is almost at a boil. Then let cool, for a few minutes.

While you are waiting for the milk and dandelions to come to a slight boil, get out a medium sized mixing bowl. Put in 1 packet of yeast, 1/2 cup warm water, 1/4 honey. Mix, and let set until it foams. That means the yeast is active.

Add in 2 teaspoons salt, 1/2 cup softened butter (I just microwave it for 30 seconds), 2 eggs, and the milk mixture. Mix! Start adding in the flour, 1 cup at a time. I use bread flour, but all purpose would do. It will get sticky. Keep adding a cup at a time, until you have added 5 cups.

Put on a floured surface, and knead. Keep adding flour, and kneading until it's elastic and not that sticky. You will need more than the 5 cups of flour.

Put in a large sprayed bowl, for 90 minutes or until it's doubled in size. I lay a damp tea towel over the bowl.

It happened! I doubled in size!

Split in 1/2, put it in 2 sprayed bread pans, I sprinkled the bottom of my pans with the flour on the surface that wasn't used.

Bake at 425 degrees for 30 minutes, or until a toothpick is poked in, and comes clean!

I put a little honey on the boy's. It can be used for sandwiches, toast, or plain. 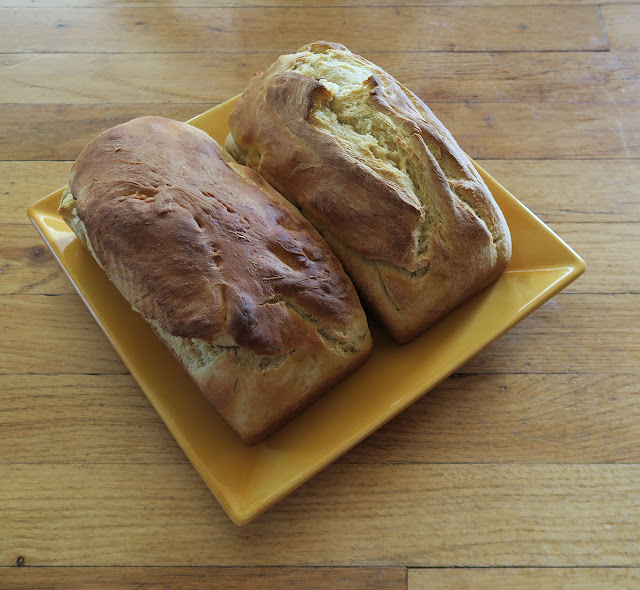 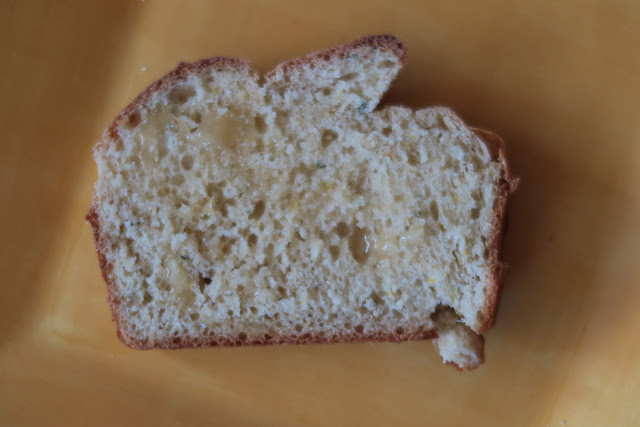 Here's a downloadable recipe with the instructions:

Have you ever ate dandelions before?

What ways are you trying to save during this pandemic?
Posted by An Apel a Day at 12:00 PM

I've never had anything made from dandelions, but it does look really good. We have been baking a lot of bread as well. I think I'm going to bake a chocolate zucchini bread this afternoon since my zucchini is about to go bad. We're trying to use up every little food item that we have and let nothing go to waste if we can help it.

Hello, I loved this post, I love gastronomy, I would like to try this.
I loved your post, I did not know your blog, do you want us to follow each other? you tell me regards

I have not really eaten dandelions before Alissa. Wondering what the taste would be? Or it gives extra flavour or aroma?

Oh my, this sounds like a lot of work but not if you know what you're doing. I'm kind of reintroducing myself to the kitchen and need to venture out from the things I've been making, some kind of tasty, wholesome bread might be just the thing.
Your bread looks and sounds delicious. Funny, was just talking about dandelion wine the other day.