Part of our Staycation included a pony ride for the boy's at Mahoney State Park. 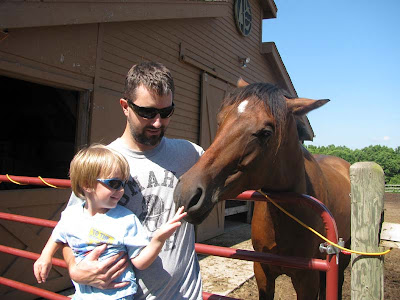 Isaak was so excited to ride the cute pony's! Isaak was all smiles the whole ride. He kept saying, "He's so cute!" and giggled. He rode a horse named Rusty that had floppy hair just like Isaak's! ;) 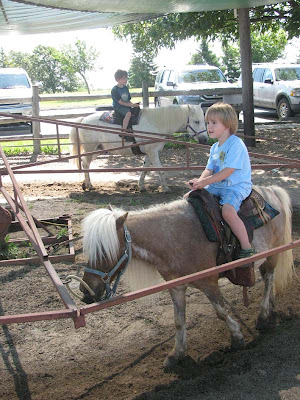 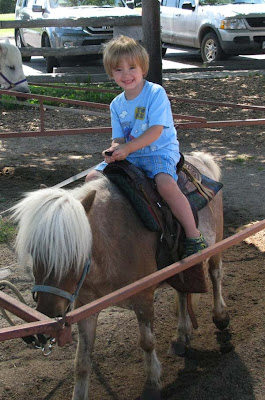 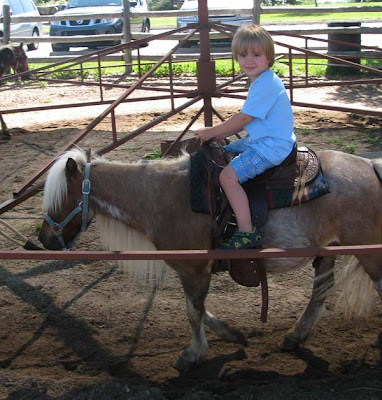 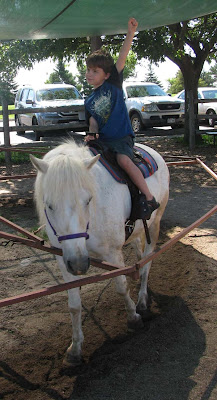 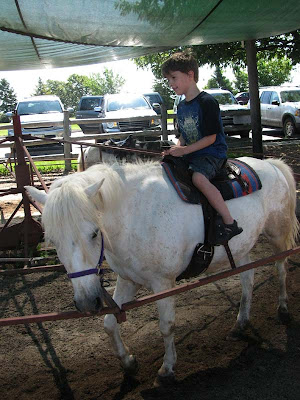